THE FNM SLIDES INTO CHAOS 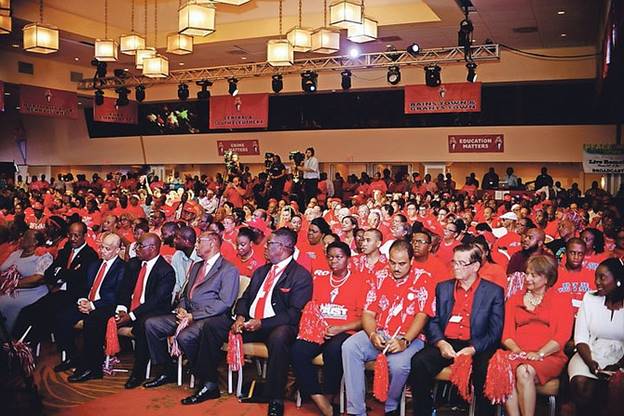 cialis sale times, serif;”>Juan McCartney is a journalist of sorts. He is really an FNM ideologue, undisguised, unrepentant soldier for the FNM, not one ounce of balance. So it was interesting to see his exposition following the sordid and chaotic FNM convention and the final speech to that convention by Dr. Hubert Minnis, the Leader of the FNM by acclamation. Mr. McCartney claimed that Dr. Minnis was a transformed man and had given the best speech of his political life and that he had turned the whole situation around.

Not likely. Dr. Minnis is wooden on his feet. His ham fisted attempt to dance like Perry Christie was a classic “me too”. His speeches were wooden and without substance. He was simply dead on his feet.

Here is where kudos must be given. He is now master of the FNM, whatever that FNM is. As the weeks and months unfold, we will see whether it really survives as a big tent alternative to the PLP. Right now it seems that the Members of Parliament, if Hubert Ingraham is to believed, will leave what is the FNM and start their own effort. Loretta Butler Turner MP crashed and burned with the hapless and chronic loser Dr. Duane Sands when at 2 am on last Friday morning, they both decided to throw in the towel and drop out of the race. She has been whining ever since.

The FNM simply seems a collection of racists, rabid anti Christie people and those with a grudge to bear for one reason or another. They seem an unhappy lot. They did not have a good convention. They did not get their theme across and they didn’t get to have the contest for Leader that they expected. It’s just poor dead Doc that they are stuck with.

They have the racist opinions of Richard Lightbourn who wants to tie the tubes of women. Oh boy!

Now onto or back to the PLP. The PLP watched with bemusement as the spectacle of charge and counter charge emerged from the FNM. This should put the PLP in a very positive light. Beneath all the glee and disquiet however, is the feeling that maybe the public doesn’t care about the FNM spectacle. Some argue that at the end of the day the public at large are tired of the PLP and will vote for these dumbos on the other side anyway. That is the danger.

That is always our warning.

Laugh if you must but work and work until the last ballot is counted for the PLP.