THE FNM SPEAKS FOR THE SPEAKER 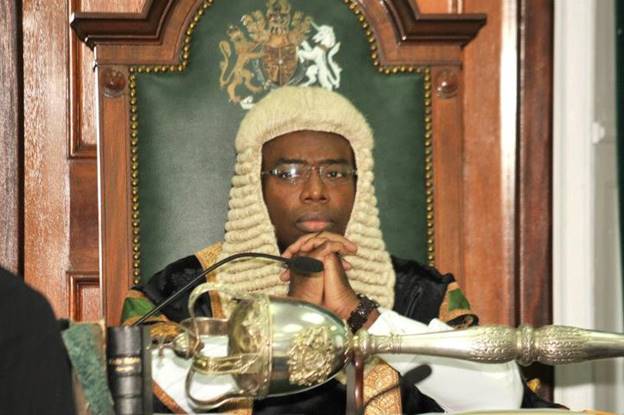 Speaker of The House Kendal Major

What could the FNM have had in mind when it issued a statement on 12 April, attacking Fred Mitchell as an MP writing the Speaker on a matter of privilege and publishing it in the newspapers.  The release was stupid and unnecessary unless when you read the tea leaves someone spoke to someone who could not speak for themselves and the FNM was asked to act on that person’s behalf.  O what a tangled web we weave.  Fred Mitchell MP responded this way:

My! My! My! Now the FNM feels the need to speak for the Speaker of The House of Assembly. The FNM does not understand the role of the Speaker. How pathetic they are. The Speaker does not need a defender in this matter nor does he have any active duties to perform in the matter. He is not in any delicate position. He is the Speaker and knows perfectly well how to do his job without any help from the FNM.

LONG HELD CONSTITUTIONAL RIGHTS MUST BE PROTECTED AGAINST THE USE OF UNFETTERED PRIVATE WEALTH!

I make the following points:

The Speaker is functus officio in this matter. That means he has discharged his responsibilities in the matter. The matter is before the Committee on Privileges by resolution of the House. The letter was sent as a courtesy to the Speaker ex officio, by virtue of his office, to be forwarded to the Chair of the Committee. It is also however in the general nature of the job that the Speaker must protect the ancient rights of members.

A smokescreen has been thrown up first by Mr. Smith and then by Save The Bays to avoid their exposure in this matter and their responsibility. The allegation is that money was paid to Save The Bays by a rich expatriate which money was being used not for charitable purposes but for purely political purposes. That too has not been disproved.

The allegations made in the House against Fred Smith and Save The Bays are serious. In the ultimate result, when the proof fully emerges, it will tell a sad story about their lack of patriotism and how they were willing to throw constitutional rights against wealth out with the bath water just to achieve political power. They have now been exposed and caught red handed. They will have to answer for their perfidy before the Bahamian people.

When will the FNM stand up for Bahamians and for their country instead of standing with those who defamed their country? When will they stand up for their own parliamentary privilege? Instead they wrap themselves around Fred Smith who defamed the Officers of the Immigration Department and the Minister of Immigration by accusing them of running a concentration camp at the detention centre; of encouraging people to sue the government to bankrupt the government. That is who they stand with, a public nincompoop. They ought to be ashamed of themselves.

This is the same FNM who can argue for Save The Bays and their treachery toward The Bahamas but won’t stand up for parliamentary privilege; and won’t stand up to defend Bishop Solomon Humes and the financial services sector; could not defend the country against the Panama Papers leak; yet one of its members could stand up and speak for his privilege when accused of receiving political contributions from a potential vendor for the energy sector; political convenience instead of rights against wealth. How sad!

The day the Speaker elected by the PLP majority in the House needs the FNM to speak for him, is the day that pigs will grow wings.