THE FNM’S LIES GET THEM…TRYING TO CHANGE THE CONVERSATION 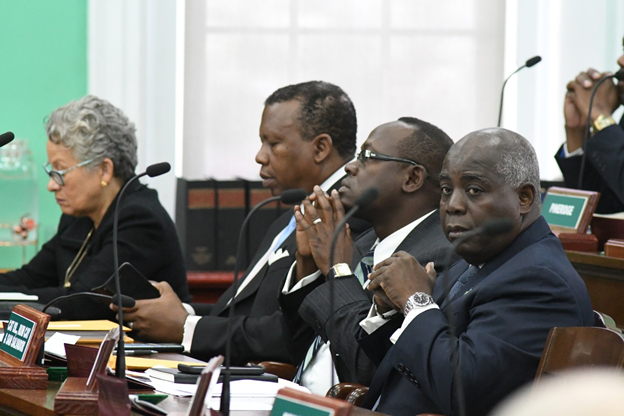 On Thursday 9th November, the headlines of the anti PLP newspapers The Nassau Guardian and The Tribune all led to with the stories that during the time of the PLP, there were irregular promotions for Royal Bahamas Defence Force Officers and overpayments to the officers of their salaries and then there was a report that a home business had somehow procured improperly a contract to buy weapons and ammunition for the Royal Bahamas Defence Force.

This stuff immediately destabilized PLPs. As soon as the radio talk shows begin beating the drums on whatever the subject is for the day, the PLPs start worrying. “My God”, comes the expressions, “how could our people do this to us?” The question is: why after the FNM has shown that what it has said is one lie after the next, this continues to be the psychology of PLPs instead of simply going on the defence and even if they do not know the facts, you can say “look all the FNM has alleged before has been a lie, why isn’t this not a lie?”

This was the message of the PLP’s Chairman Fred Mitchell. It calls for a change of the PLP’s psychology. The PLP has to stop acting as if it’s shell shocked by the loss in May. We don’t know why they were or are shell shocked since only a fool would not have known that the loss was coming. The real problem is hiding one’s head in the sand. Now the FNM’s lies are being revealed, why can’t the party simply rise up on its haunches and resist?

Here is what the Chairman had to say on 8 November on a now discredited report by Ernst & Young about the Leader of the PLP’s brother getting a contract from BPL when the Leader was the Minister responsible:
What transpired today is part of a disturbing pattern of FNM behaviour. The pattern has been to parrot false narratives and then say sorry after the damage is done. Sorry is not good enough. They were elected on falsehoods and we now have an incompetent government elected on a false premise.
They said the VAT money was stolen by the PLP. That was false. They said Bahamar was a secret deal. That was false. They said 42 million of hurricane relief money was diverted to the PLP’s re-election campaign. That was false.
Now comes today’s false audit report.
We urge the public to see that falsehoods are a pattern with the FNM

What do you suppose happened when the report on the ammunition by the Auditor General Terence Bastian came up? PLPs went wobbly again. But within days both the Union leadership of the Public Service and the Minister of National Security debunked the whole thing. The Minister Marvin Dames (he of the dark shades) told the public they ought to be careful how they accept what is in these reports. Fancy that.

So our point is the same. The lies of the FNM are clear and palpable. They came to office on lies. It is clear they have no clue what they are doing. They are simply enjoying the ride but ruining the lives of other people by firing one by one people they met working for a living in the public service.

There are real issues we have to deal with like the fact that this economy is contracting under them and they have no clue what they are doing. These are crude and evil people these FNM folk and they must be removed from office by fair means as quickly as possible.