The Government Doesn’t Know Who Is Working For Them 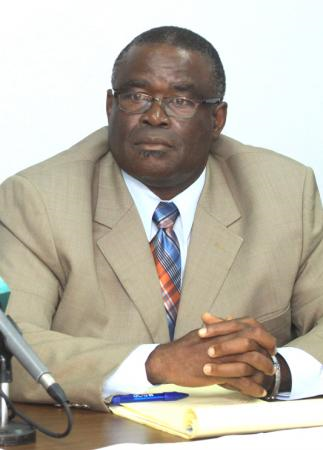 The Public Service Minister, newly promoted to substantive Minister, doesn’t know who is working for him. The FNM put out a rumour that there are ghost workers on the payroll costing the Government some eighty million dollars. So they put out a flier saying everyone should show up to station and show their i.d including the Governor General and the Judges of the Court.  Remember, a decree went out from Caesar August that all the world should be taxed.

Leader of Opposition In The Senate

On Notice For Verification Of The Existence In Order To Be

Paid By The Government

By happenstance, I received a copy of a letter dated 31st July signed in a scribble by someone identifying themselves as Acting Treasurer but with no name with the following head: Re: Verification of Government Monthly and Weekly Employees, Senators and Members of Parliament.

The letter demands that those persons listed show up to various centres also listed in a flier attached between the hours of 9 a. m and 4 p .m. from the 8th August to the 31st August to present one of four acceptable documents, in order to verify that you are who you are and if you do not, you will in their words have your salary “interrupted” as of September 2017.

This entire and ridiculous circular would have been ignored by me, save that the Deputy Prime Minister is now reportedly defending the matter in the press by saying that the Government is trying to ensure that there are no ghost workers. Surely the Government has taken leave of its collective senses. As a matter of law, if someone works for their pay there is no basis on which you can deny that person their pay. Also in this day and age, the Government can surely be more sensitive and respectful than arranging yet another indignity for ordinary people standing on long lines to prove who they are.

I have been advised by the lawyers that the Government has no basis to deny anyone their pay if they work for their pay simply because they fail to comply with coming to some remote centre in order to identify who they are. This adds now to the list of indignities and disrespect that working people in this country have to put up with from an idle bureaucracy, supported by an equally idle political directorate.

What is laughable is when you go down the list and see the centres, you will find that the centre at C. R. Walker Senior High School is for “The Governor General and Staff”. Presumably this means that Dame Marguerite Pindling, well known to all, the person who appoints the public servants, must now go to C.R. Walker to identify herself to the Treasurer or the Governor General’s pay will be “interrupted”. She will presumably get on the line before the Prime Minister, the Cabinet, the Senators and MPs who will follow behind her with their documents. They are listed as being required to go to the same centres.

This is farcical on its face. It is a bunch of bull, pardon the indelicacy.

Parliament was convened for the first time after the general elections on 24th May. At that time, each Senator and probably each MP was asked to fill the paper work for their bank account information and their national insurance information. The responsible officers in each chamber is the Clerk of the Senate and the Clerk of The House received the information. Eight weeks later give or take a few days, these same people are being asked to verify who they are.

The law is clear though, if you do not pay people for their work earned, the Government can face court action and damages for failure to pay. The Government should seriously rethink this matter.