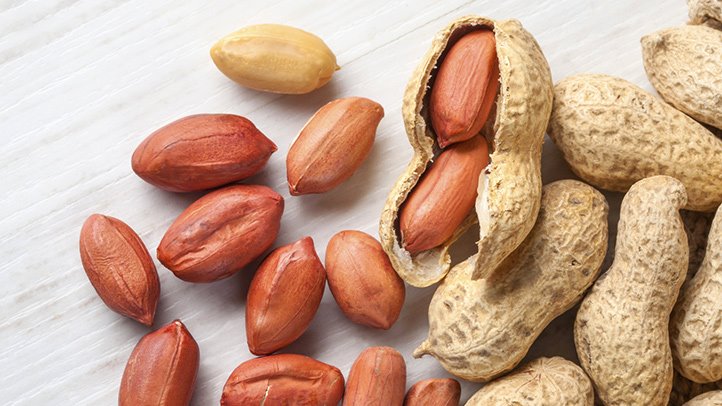 It’s Easter Weekend so that can only mean one thing. Everything takes longer, everything get’s done slower but as sure as Night follows Day, The Peanut Gallery will produce.

CLOSE BUT NO CIGAR

Social media has a way of reminding us who is supposed to be fighting what in this country, even when the fighters themselves seem unsure or unwilling. That is even more the case now that the PLP is out of power. Flash back to 12 months ago and you would remember the country was in the countdown to an elections and everywhere you looked, there was some group protesting something and it was all the PLP’s fault. The environmentalists were screaming bloody murder at the dump, claiming that the dump fires were taking years off their lives and out front in the marching was Fred Smith, swastika and all. Now zap back to today. The biggest environmental catastrophe that hasn’t happened is the Oban fiasco under Misadministration. It took two weeks for the Bahamas National Trust to step up and say that nobody consulted them, nobody cleared anything with them and that the proposed site was too close to sensitive areas to get their support. They went ham actually and used the word “never”, promising to never support it. Good for them.

Then, like sheep, the others started to find their voices once it became okay to criticize a government that wasn’t PLP. Joe Darville came out and put a few lines in the papers on the matter, saying no go for Save The Bays. Of course, Joe Darville did not release a statement or call a press conference to say this. He was asked by a  reporter while in Nassau at court and only then did he offer an opinion. Fred Smith wrote something but noticeably missing were the full page full color ads that STB spent thousands on anything other than the environment or the bays but instead to beat the PLP.

And finally, after much prodding from PLPs on Facebook and the public’s general disgust for the Misadministration’s sham arrangement, Sam Duncombe arose from her slumber to post a few comments of “condemnation” juxtaposed with her pro vegan anti animal poaching rants. But what struck us in The Peanut Gallery as both odd and obvious was the clear lack of heart and heat behind these statements. It’s like the faux environmentalists all chimed in when it was becoming obvious that their political biases were more important than the environment they would have us think they care so much about. Is it inconceivable to wonder that if the PLP were still in power there would be rioting in the streets of Grand Bahama and marches every day in protest? No, it’s not inconceivable and one could bet their last dollar that Fred, Joe and Sam would be right there marching behind the two meat eating charlatan that led We March. He too has tried to salvage his image by posting lately as if he cares. He doesn’t and the country knows and that is why there will be little reaction to anything he or the fake environmentalists have to say where Oban is concerned.

SOMETHING STINKS AND IT AIN’T THE FISH 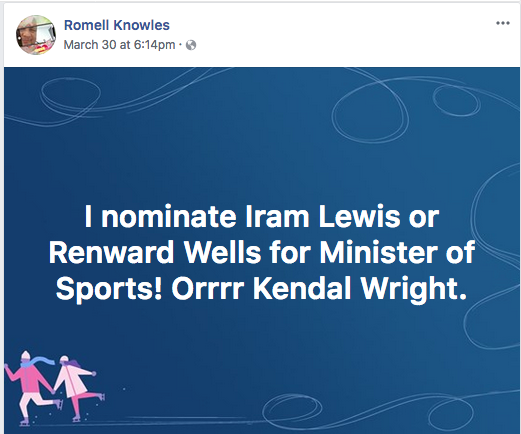 You know it’s going really bad when the head of the Bahamas Olympic Committee, the nation’s preeminent sports organization and the official representative of the Olympic movement in The Bahamas has to get on social media to mash up the minister responsible for sports in the country. That is exactly what happened this weekend as the Carifta Track Championships was held in The Bahamas for the second time in five years and third time with swimming taking place in 2016.

How bad did it have to be for Romell “Fish” Knowles to speak out as he did? Very bad. Carifta was the second major international event under sports Minister Michael Pintard that has fallen far from the mark set by former Minister Danny Johnson when he was sports Minister. Maybe Fish’s outburst should be taken as validation for the work Johnson did over the five years he held the reigns, securing numerous top class events for the country including the successful hosting of the IAAF World Relays in 2014, 2015 and 2017. Johnson also attracted the FIBA World Cup of Beach Soccer and oversaw the launch of Carnival. He also was the engine behind the last Carifta Track Championships that christened the new sports stadium. It is therefore, reasonable to believe that Johnson’s trail would make it easier for those who followed and maybe the sports bodies all assumed that Pintard would just do as his government was doing and follow the PLP blueprint and claim credit. The only problem though is that nobody showed up for the opening of Carifa and so far, the attendance and organization has been lackluster to say the least. There was no buzz for this meet and that’s sad because on the track, team Bahamas is actually over achieving with a number of incredible performances.

So it is definitely noteworthyy that Fish would call out Pintard in the way he did in a number of posts on Facebook. Knowles is not a grandstander and most people who know the guy say the same thing. He is level headed, business oriented and very sober in his thinking. If Fish is upset, it’s because Pintard and his team have been that bad at doing something that should be second nature. The problem is with the incoming FNM, people within the ministry and technocrats elsewhere have been jettisoned all over the public service that there is no team left behind to take care of business. Add to that a clueless minister and you get the embarrassment that is the opening of Carifta to empty seats and just last summer, the disastrous hosting of the Commonwealth Youth Games after the government changed. Danny brought that too and maybe that’s why Fish dropped it like that. If only the other sports bodies had people with the guts to say that under this government, things are just not working out.

Can someone tell Lanisha Rolle that it’s Easter and while there are some who may not care, giving out a Christmas card on an Easter basket shows just where her head is and it’s not on her shoulders. That mistake may be blamed on the fact that she can hear the footsteps of First Lady Patricia Minnis creeping up behind her as she searches for something her husband seems not to have. A purpose.

Have a safe weekend.