THE POLITICAL FAMILIES OF THE BAHAMAS 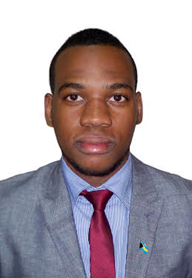 ?Politics in The Bahamas is a very peculiar abstract of the Bahamian culture and history. Particularly in the dimension of the thorny politics of mobility in our political structure. The hereditary succession politics of our country are entrenched in our governing system. The undetermined question remains do political dynasties strengthen our democracy or weaken us? Our country’s political way of life continues to be saturated with powerful Bahamians connected to one another by blood or through marriage.

Political dynasties are a Bahamian tradition which places our electorate in a fatigue love affair with political royalties. It’s not unusual that politician’s children go into politics after all it is the family’s business. Nor is it remarkable, perhaps that so many politicians marry the children of politicians. To maintain and preserve the significance of their social composition. What is intriguing to me is the implication of these political anatomies on future generations. The retirement of H.E Sir Arthur Foulkes last year — and his son Dion Foulkes consecutive election losses and by extension Sen. Carl Bethel appointment in the Senate — set off debates over whether the ” Foulkes dynasty” was over, and whether the family embodied one of The Bahamas greatest dynasty in Bahamian politics.

What’s fascinating about Bahamian politics are its domination by frankly, being a family’s business The Symonette’s, The Foulkes’, The Pindling’s, The Christie’s, The Robert’s, The Turnquest’s, The Hanna’s, The Maynard’s, The Issac’s, and The Gomez’s with the exclusion of others. There is a profoundly notable shift in our dynastic politics, with the emergence of new families and leaving the older battling for suitability. There’s a formula that necessitates the description of a political dynasty succession, family and power. In larger countries, it would usually require a three generation rule, but The Bahamas is relatively a strong adolescent democracy so two generations would be satisfactory for the requirements. The power of these dynasties is measured with the clasp of electoral and ministerial offices each family has.

There is room for discussion as to why particular families would gravitate to public life, and it remains more uncertain why the voters choose members of the same families to represent them generation after generation. Political dynasties have long been present in our country’s democracy, up thrusting concerns with regard to the inequality of the distribution of political power and in some instances may reflect imperfections in our democratic representation. The continued participation of political elites may be an indication of differences in ability or political vocation across families and not entirely entrenched in power. Thus, in politics, power begets power.

The genetics of our politics are quite interesting; the son of Marvin Pinder is the Hon. Ryan Pinder M.P (Elizabeth), the Hon. Allyson Maynard, the Attorney General is the daughter of the Late Sir Clement T. Maynard the Deputy Prime Minister of The Bahamas, The Former Prime Minister’s wife Dame Marguerite Pindling now serves as the Governor General of The Bahamas also her daughter Michelle M. Pindling-Sands had previously been a senator, and the late Sir Milo Butler, former governor general daughter is the Hon. Loretta Butler-Turner M.P (Long Island) the first female deputy leader of the Free National Movement. Four members of the Gomez’s family ran in the 2012 election two out of the four were elected now serving in the Cabinet of the Bahamas Damian Gomez and Perry Gomez.

There are reasons to believe that the Bahamian electorate tends to show a benevolence towards dynasties because brand name identification is something valuable in the game of politics. There’s still an uncertainty on public office-seekers attainment on the basis of a famous name? There are circumstances where the electorate gives political royalists an easy election victory. The son of Sir. Orville Turnquest was elected to the House of Assembly and made Minister of National Security, and was defeated when he sought prime ministerial office. Brent Symonette’s first election probably can be attributed to his name as well as his brother Robert Symonette being the sons of Sir. Roland Symonette Premier of the Bahamas.

Names in Bahamian politics bring some contentment to the voter in understanding the candidate running for office and reinforces privilege and exclusivity these families all share. The challenge the contemporary Bahamas may face with political dynasties re-circulation of rule, power, and influence is that it subsequently reduces diversity and innovation in the governing process of the country and supplement elitism. Political dynasties raise in The Bahamas is inevitable. Members of Parliament who enjoy a longer public life are significantly more likely to have a family entering into politics later continuing or creating a new family dynasty.

We must be certain in our understanding of the motives and narratives surrounding any political family. Politicians coming from political families are dared with the challenge of maintaining and capturing their family’s legacy and their loyalty to the family, as well as independence from it. Many of them may be in frenzy who are shadowed forever by the family member who antedated them. Blood and Politics are tied to Bahamian history and have paved way female politicians – the daughter of the Sir. Arthur Dion Hanna Hon. Glenys Hanna MP (Englerston) became a cabinet minister. All these families have predominately shaped the Bahamas political environment, and will receive Bahamians continued support as long they advance the right political agenda. There’s nothing wrong with family politics, it is simply a reflection of these families a deep sense of commitment to public life, but we cannot disregard that a high proportion of power in one area is never good for a democracy. The nobility of these families dedication to building a better Bahamas can be misrepresented.

The political talent and policy depth so evident in the first generation isn’t always present in the second generation, in part because it’s not as necessary to fuel the rise [to power].” Jeffrey Smith (former Missouri State Senator). These prominent political families in The Bahamas inherited an electoral and political advantage from their family’s political forebears. The families over the decades have and will continue to shape our political landscape. We must never forget that our greatest leaders were not a part of any political dynasty –The Rt.Hon. Hubert Ingraham nor Hon. Cynthia Mother Pratt. Despite how anyone may feel individually toward these families they deserve their acclamation for their continued engagement in their collective contribution to our politics and society.

The Beijing University of International Business and Economics, founded in 1951, is a national public research university specialized in economics, finance,  trade , foreign policy , management, law and foreign languages located in Beijing, People’s Republic of China. UIBE is widely considered to be the leading Chinese university in economics, finance, and international business, as from 2011 to 2013 it ranked no. 2 among universities specialized on finance and economics.