THE POWER OF MAURICE GLINTON 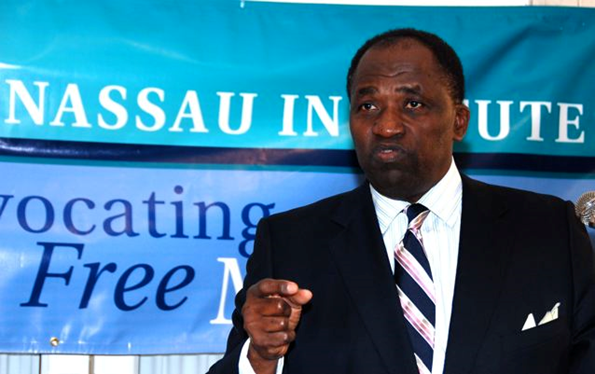 generic viagra times;”>Last week we reported on this site that Maurice Glinton Q C was detained by the police on the authority of a bench warrant issued on Friday 9th October.  The press reported that Mr. Glinton was summoned to court to show cause why he should not be held in contempt for allegedly walking out on the Court of Appeal after the Court ruled against him in a case in which he challenged the right of  Abdulai Conteh, one of the Judges to sit on the court.  Judges are to retire at age 70 on the Court of Appeal and cannot continue except to finish cases that they previously started.  Mr. Glinton alleged that Mr. Conteh was in violation of the law.

The summons by the Court  for contempt was answerable at 10 a.m. on Friday 9th October and Mr. Glinton it is alleged was late, by his lawyer’s account by ten minutes.  He was said to have actually been in the Court after its start and the Court was still sitting but according to his lawyers he was not acknowledged and while Mr. Glinton was trying to sort out the confusion, he was arrested by the police.

It is alleged that the court did not then discharge the warrant even though the Judges were still in the precincts of the court but the police kept Mr. Glinton in a police lock up over the weekend.  This is probably going to result in considerable litigation and unnecessary costs for the government.  The litigation on that has allegedly been started.

His lawyers led by Wayne Munroe, with Alfred Sears Q C,  Paul Moss and Raynard Rigby  moved the court on Saturday 10 th October by way of a habeas corpus  application before Justice  Caroleta Bethel.  She refused to order his release

Mr. Glinton then ended up being punished in advanced by being detained in a police lock up for four days without being seen by a Judge.

There is something egregiously wrong with all of that.  There is a great irony in all of this.  This is a country The Bahamas where Ministers of the Government, the Commissioner of Police all complain that murderers and repeat murderers are let out on bail by judges in this country, yet Maurice Glinton a Q C, known to the Court, no risk of flight, no danger to the society, could not be afforded the common courtesy by any judge in this country or by the police administratively for that matter to be released on his own recognizance until the the court sat again.

Andrew Allen, an attorney, writing in The Tribune on 14 October said:

“The Bahamian judiciary has indeed degenerated into a farce, a tragicomic institution whose quixotic dress and retention of antique language and ceremony have come to vividly reflect its alienation from the realities of the society in which it functions.

“To a slightly lesser extent, the other two institutional arms of government, Parliament and the Cabinet, are also alienated, and though they are (by the nature of their appointment to office) more exposed to the effects of public opinion, they are not as insulated from reality as the judges they appoint. This explains the tensions that arise between the two equally hopeless fraternities when a politician is caught having to explain the inexplicable and, in his anxiety, blurts out, among much else, the truth: that our courts have become a failed arm of the state in the crime fight.

“Judges, for their part, prefer to adopt the mantra of Groucho Marx (“who are you going to believe, me or your own eyes?”) when trying to shame the public into not seeing the glaring link between their reckless grants of bail and people getting killed.”

Mr. Allen was not talking about this particular problem but his words apply to this situation and we quote  them with approval. (You can click here for the link to the full article:

Mr. Glinton must be a powerful fellow indeed to cause this tragicomic set of circumstances that occurred last weekend.

The Courts will in time answer the question was the man qualified to sit on the bench.

Mr. Glinton has been a crusader for every cause that challenges the establishment to its core.  This is a key function in a democracy and does it no harm. People in these positions who make these judicial decisions should not take themselves so seriously that they forget that at the core of their existence is justice.  In the modern dispensation the contempt jurisdiction for this sort of thing is outmoded and long ago the government and the legislature should have intervened to put an end to the ability of judges to dispense this kind of summary justice.

We end with a story. One day Henry Bostwick Q C was presiding as President of the Senate.  The late Sir Randal Fawkes walked into the Senate and in the middle of the session demanded an audience with the Senators that he should get his pension and they should pass the law without delay.  He stood up at the Bar and spoke his piece.  Henry Bostwick prevented the sergeant at arms from doing anything.  He let Sir Randal say his piece.  Smart move.  In certain circumstances that is the kind of judgment you exercise.  The Judges in this case should have done the same thing.  Just let it go.