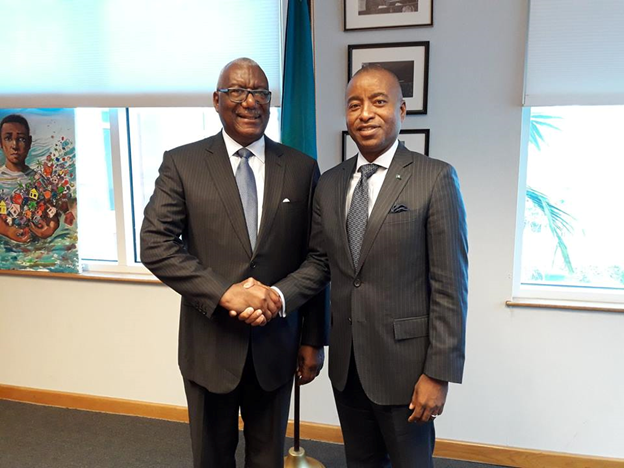 His Excellency Lowell Mortimer, OBE, non-resident High Commissioner of the Commonwealth of The Bahamas to India paid a courtesy call on Minister of Foreign Affairs Mr. Darren Henfield. 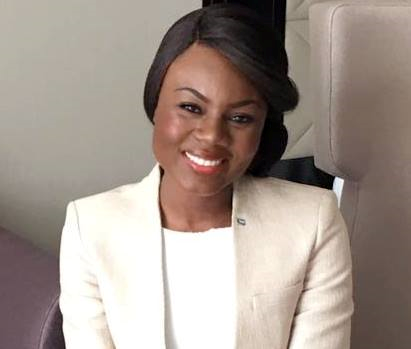 The British High Commission is pleased to announce that a Bahamian national has been awarded a 2017-2018 Chevening Scholarship to study in the UK.

Chevening Scholarships are awarded to individuals with demonstrable leadership potential who also have strong academic backgrounds.

The scholarship offers full financial support for future leaders to study for any eligible master’s degree at any UK university whilst gaining access to a wide range of exclusive academic, professional, and cultural events. 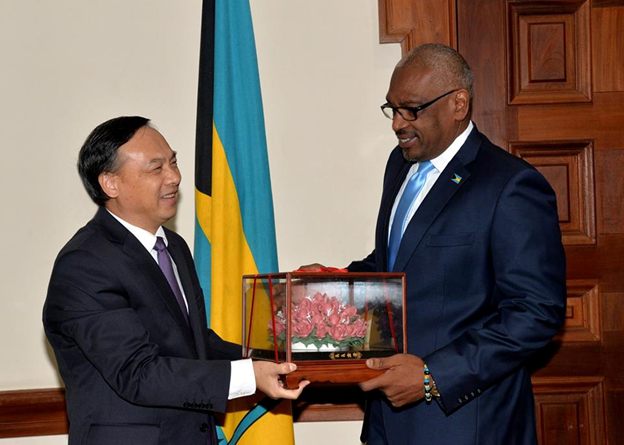 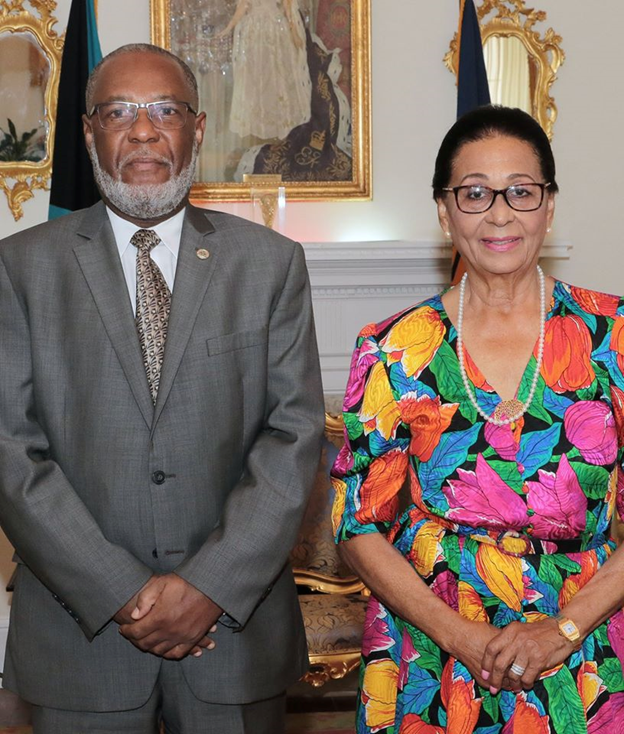 NASSAU, Bahamas (BIS) — His Excellency Jean Victor Geneus, Ambassador of the Republic of Haiti to the Commonwealth of The Bahamas, paid a Farewell Courtesy Call on Governor General Her Excellency Dame Marguerite Pindling at Government House, August 16, 2017. (BIS Photo/Derek Smith) 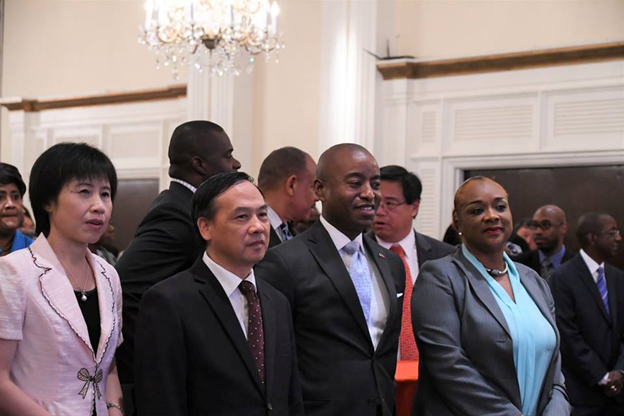 Minister of Foreign Affairs the Hon. Darren Henfield (middle right) and Chinese-Bahamas Ambassador along with their wives during the Bahamas-China Diplomatic Relations Anniversary reception.

“There have been many exchanges of high-level delegations between our two countries as we deepened and strengthened our knowledge, understanding and appreciation of one another’s cultures, priorities, commitments and needs,” said the Hon. Darren Henfield, Bahamas Foreign Affairs Minister.

“To be sure, much has happened between us. It is the people-to-people exchanges that have demonstrated to us the face of the relationship, and which help to provide mutual benefits and understanding.”

Minister Henfield presented his remarks at the 20th Anniversary celebration of The Bahamas’ establishment of Diplomatic Relations with the People’s Republic of China at ceremonies on August 11, 2017 at the British Colonial Hilton.

“Official bilateral relations between our two countries were established on the 23rd of May, 1997. As two member-states of the United Nations, we have been able to develop a mutually respectful and beneficial relationship in the twenty years since,” said Minister Henfield.

“Ours has been a particularly harmonious relationship that has been guided and solidified, in the first instance, through the will and effort of our two nations to develop that relationship into a friendship. So, Ambassador Huang, we welcome this opportunity to share this evening with you to acknowledge and celebrate the achievements reached between The Bahamas and China in those twenty years.”

Minister Henfield pointed out that the international relationship has introduced The Bahamas to the appointments of eight Chinese Ambassadors to The Bahamas and three Bahamian Ambassadors to China, as “the immediate and official link between our two Governments… to facilitate the communication, planning and implementation needed to realise our common aims and goals.”

Both countries have agreed upon the long-term goal of establishing a qualifying academic environment, comfortable for both Bahamian and Chinese students to choose The University of The Bahamas as an eminent educational institution for higher learning, research, and earning their academic degrees.

Minister Henfield added: “The Bahamas has been fortunate with the envoys who have been appointed to represent China in our country. You and your predecessors had a keen understanding of our common goals and aspirations, and the passion and commitment to move towards attainment of the same.”

Some of the notable diplomatic accomplishments over the last 20 years that Bahamians have witnessed emerging from the relationship between The Bahamas and China are construction of the Airport Corridor, the Thomas A. Robinson National Stadium, the Baha Mar resort complex, and The Pointe resort.

They also include the infrastructural developments to help buttress local coastlines against the ravages of sea-level rise, and the port developments in Grand Bahama and Abaco, along with the renewable energy endeavours.

“Modern diplomacy is built on a multitude of experiences and realities of different people, which allows them to co-exist peacefully in this shrinking world of ours. The ideals for which we are striving cannot happen unless we come together, meet each other and commit to work side by side,” said Minister Henfield.

“Respect for the sovereignty of nations, the promotion and advancement of the socio-economic and sustainable development agendas, urban and rural development, the protection of the environment and human rights, capacity building, and the quest for peace take place when, collectively, we combine our efforts.”

Bahamians also enjoy the mutual support for international candidacies, visa-free travel to China, natural disaster relief assistance, as well as the dialogues engendered and arrangements agreed at the national, regional and hemispheric levels.

“All contribute to a strong and mutually beneficial relationship, just to mention a few,” said Minister Henfield.

“China has proven to be a good friend and development partner to the people of The Bahamas. To this end, my Government will do its utmost to maintain and promote Sino-Bahamian relations through on-going dialogue between our capitals, and our business and cultural communities, for the benefit of both our nations and our peoples.”