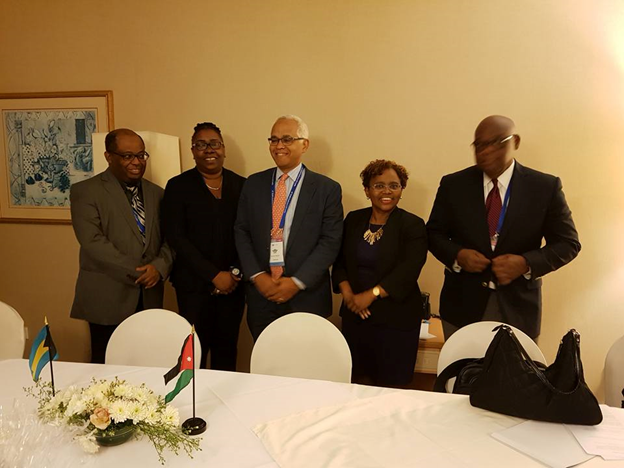 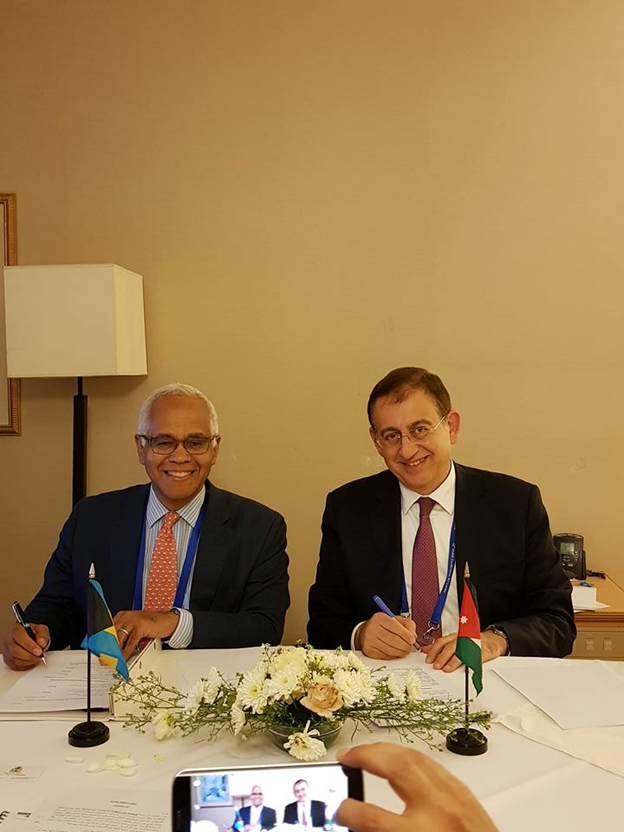 7 December 2017 – Colombo, Sri Lanka the Hon Dionisio D’Aguilar, Minister of Tourism and Civil Aviation of The Bahamas and Captain Haitham Misto, Chief Commissioner/CEO of the Civil Aviation Regulatory Commission of Jordan sign a Memorandum of Understanding on air services during ICAN 2017 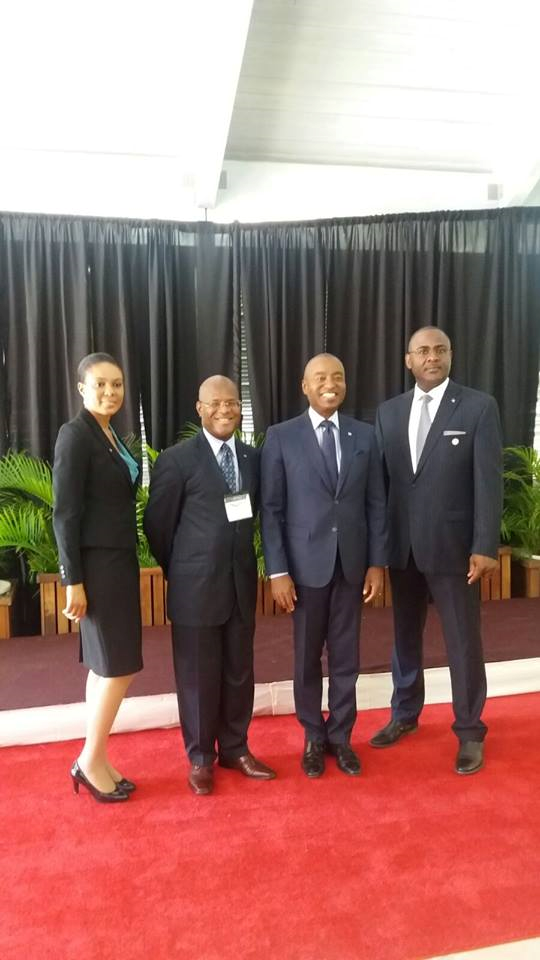 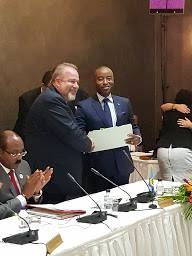 Hon. Minister of Foreign Affairs, The Bahamas, Darren Henfield, (right) and Minister of Tourism, Cuba (left), signs Memorandum of Understanding on Multi destination Tourism between CARICOM and Cuba, signed on 8th December, 2017 in Antigua and Barbuda 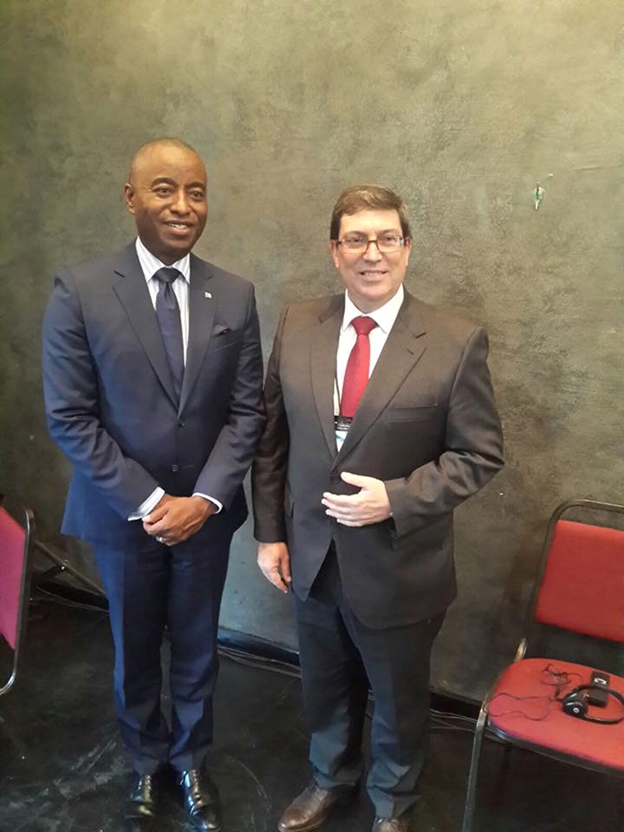 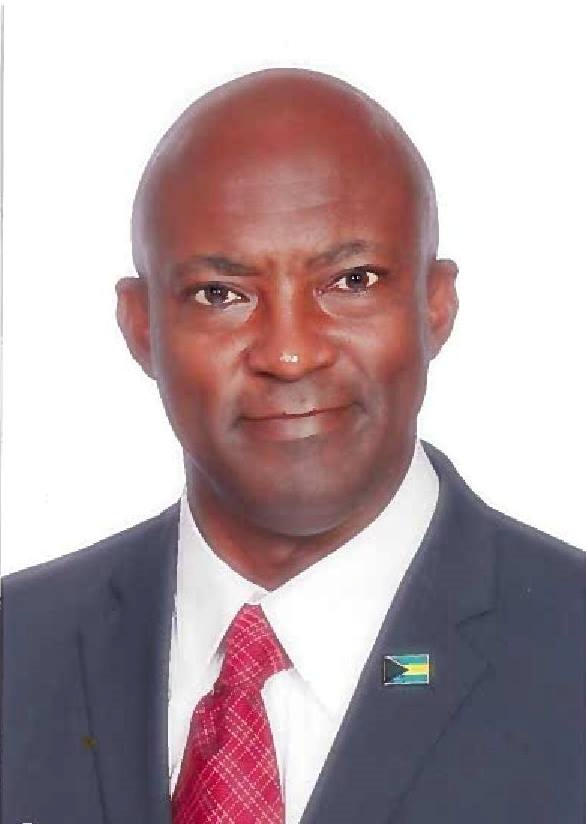 30th November 2017– The Ministry of Foreign Affairs is pleased to announce the appointment of Mr. Brent Dean as The Bahamas’ Ambassador to the Republic of Cuba. Mr. Dean is an Accountant, and has worked in this capacity at PricewaterhouseCoopers (PWC). He is a Certified Public Accountant with the Georgia State Board of Accountancy and he is a Chartered Accountant with The Bahamas Institute of Chartered Accountants (BICA). Additionally, he holds a Bachelor’s degree in Commerce from the University of Windsor in Canada. Mr. Dean has extensive experience in auditing, financial and strategic planning, financial data analysis and compliance. Mr. Dean has founded and managed several companies in The Bahamas, and, internationally, he has briefly served as Vice-President of the Caicos Brothers, a real estate development company based in Providenciales, Turks and Caicos. Mr. Dean is married to Angelica Dean, and they have two children.
Chicago 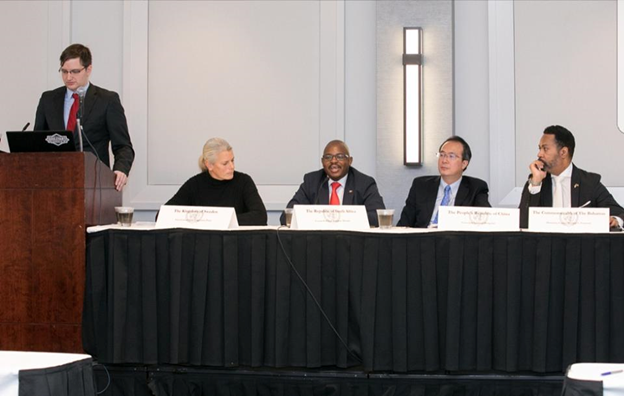 CHICAGO, Illinois – The Honourable Michael C. Fountain, Bahamas Honorary Consul to Chicago, attended the 13th Annual Chicago International Model United Nations, 2 December 2017. Consul Fountain shared an exclusive panel with fellow Consular Corps members representing China, South Africa and Sweden presenting before delegates attending from the U.S. and across the world.
Diplomatic panellists were asked to speak to their countries’ perspectives on a wide range of issues including: the role of international institutions such as the UN and the World Trade Organization; trends of populism and retreat from international agreements; the shifting global order; the challenges of interacting with transnational corporations and the fight against the ideological messages of global terrorist groups.
For over 60 years, Model United Nations has been used to educate generations of students about global issues and to provide them with a broader understanding of international relations. Model United Nations Development Organization creates political simulations as educational tools valuable for the development of advanced research skills and a deeper understanding of dynamic political, social and economic systems influencing states.
Chicago International Model United Nations is a ground-breaking educational simulation centred on international politics and diplomacy for high school students, organized by the Model United Nations Development Organization.
Photo Credit: Martha Valencia, CIMUN 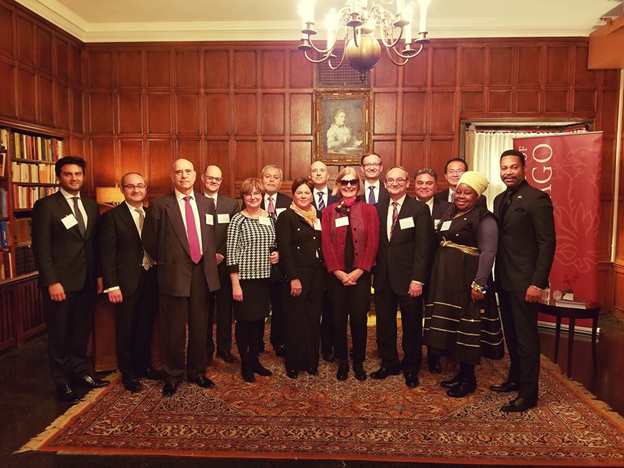 CHICAGO, Illinois – The Honourable Michael C. Fountain, Bahamas Honorary Consul to Chicago, attended the University of Chicago annual Consular Corps Reception and panel discussion regarding the global implications of neuroscience research, 30 November 2017. The annual program celebrates the relationship between the University of Chicago and the local diplomatic community and provides a platform for the sharing of resources amongst diplomatic and academic professionals. 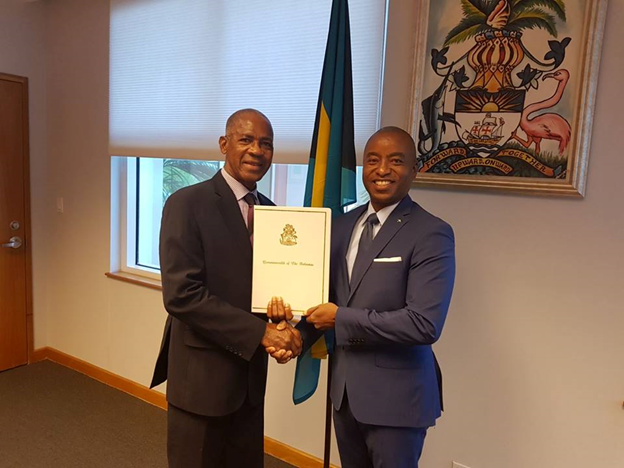 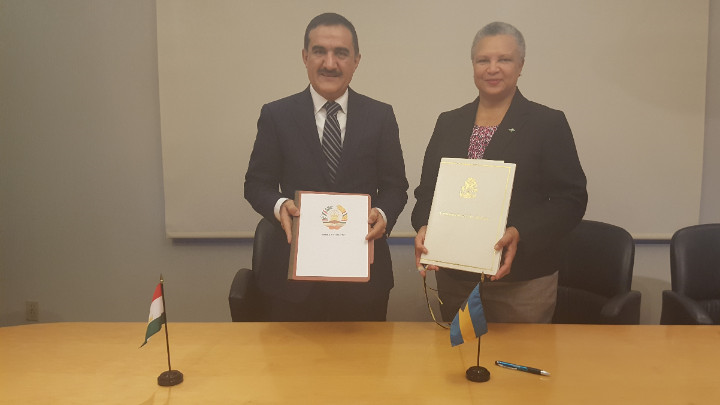 In the Photo: Her Excellency Ms. Sheila Carey, Ambassador Extraordinary and Plenipotentiary and Permanent Representative of The Bahamas to the United Nations (right) and His Excellency Mr. Mahamadamin Mahmadaminov, Envoy Extraordinary and Minister Plenipotentiary and Permanent Representative of Tajikistan to the United Nations (left) during the signing ceremony.