viagra usa cialis times;”>CHICAGO, pharmacy Illinois — Bahamas Honorary Consul to Chicago Michael C. Fountain was invited to attend a performance of April Yvette Thompson’s Liberty City at the eta Creative Arts Foundation, Chicago’s oldest African-American Theatre Production Company, on Sunday, June 28, 2015. Liberty City is the study of a child growing up in the inner-city ghetto of Miami during the 1970s. Specifically, it is about the special relationship between a daughter and the father, who taught her to understand and appreciate her African history through her Bahamian roots in Eleuthera. Pictured from left to right are Professor Jonathan Wilson, Director, Liberty City; Anna Dauzvardis, Actress; Dorothy Odell Foster, eta Board Member; Honorary Consul Fountain. 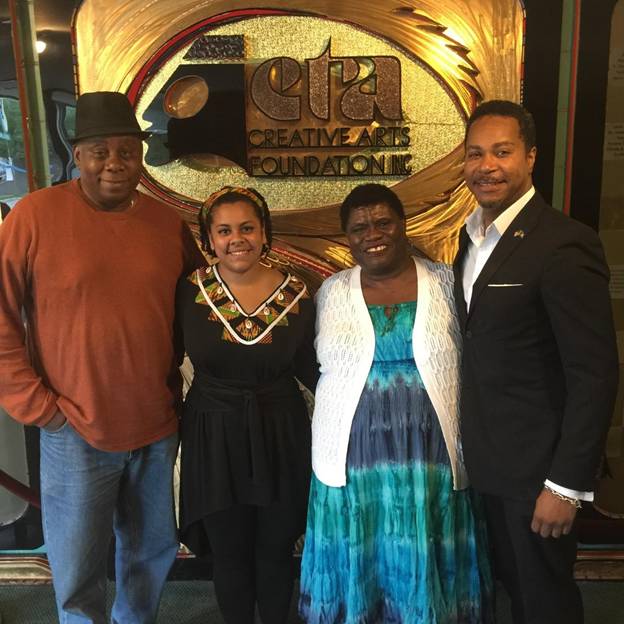 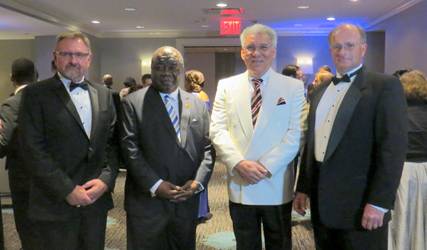 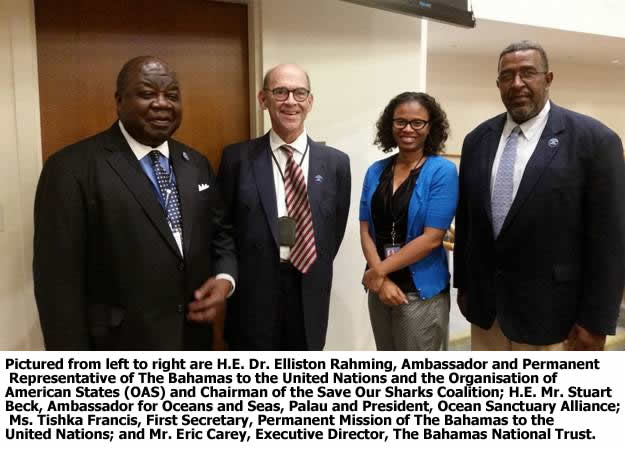 NEW YORK — H.E. Dr. Elliston Rahming, Ambassador and Permanent Representative of The Bahamas to the United Nations and the Organisation of American States (OAS) and Chairman of the Save Our Sharks Coalition, participated in the High-Level Symposium entitled “One Ocean – Regenerating Fish Stocks, Achieving Sustainable Development Goal 14” at the United Nations Headquarters on Wednesday, July 1, 2015.

The event was held under the auspices of the Ocean Sanctuary Alliance and co-organised by The Bahamas in conjunction with a cross-regional group of several other UN Member States.

In his remarks, Dr. Rahming underscored the need for urgent action in the area of ocean responsibility, which involves safeguarding the ocean through the creation, preservation and expansion of marine sanctuaries in order to regenerate fish stocks and achieve sustainable development.

Unfortunately, however, the ocean is “threatened now, more than ever before,” he said, adding that there is a need for a paradigm shift in how Small Island Developing States (SIDS) have been traditionally viewed and understood. He proposed that they should instead be seen as “Large Ocean Developing States” (LODS) in view of their vast marine territories which, for countries such as The Bahamas, account for a larger surface area than the total land mass.

“We are more than the piece of rock we live on,” Ambassador Rahming asserted. “We are, more importantly, that vast body of water that we rely on.”

He concluded that The Bahamas, which established a shark sanctuary in 2011, was most pleased to co-sponsor the event.

Mr. Eric Carey, Executive Director of The Bahamas National Trust, was also in attendance and participated in one of the event’s panel discussions, entitled “Regenerating Fish Stocks – the Science of Zoning”.

Mr. Carey gave a comprehensive presentation on The Bahamas’ Ocean Legacy and underscored both the challenges and the opportunities faced by The Bahamas in sustainably managing the country’s vast marine resources while also highlighting the need for both science and effective public information in effectively meeting these.