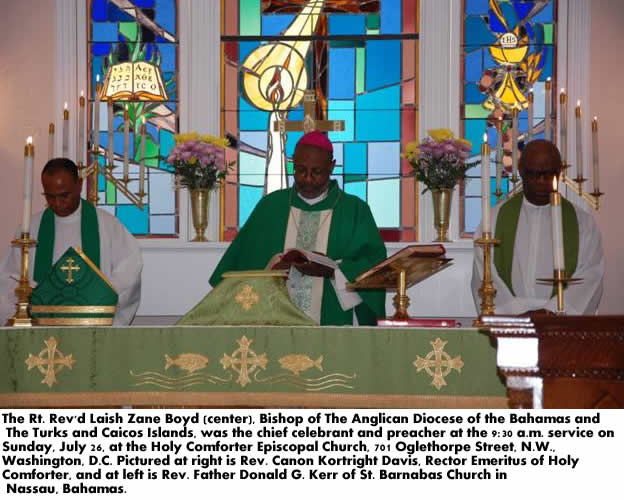 WASHINGTON, viagra usa no rx D.C. — The Rt. Rev’d Laish Zane Boyd, sick Bishop of The Anglican Diocese of the Bahamas and The Turks and Caicos Islands, was the chief celebrant and preacher at the 9:30 a.m. service on Sunday, July 26, at the Holy Comforter Episcopal Church, 701 Oglethorpe Street, N.W.

Bishop Boyd, accompanied by his wife Mrs. Joann Boyd, is in Washington to participate in the 47th Annual Meeting and Conference of the Union of Black Episcopalians (UBE), which is being held at the Conference Center at the Maritime Institute, 692 Maritime Boulevard, Linthicum Heights, Maryland, from July 26 – 29. 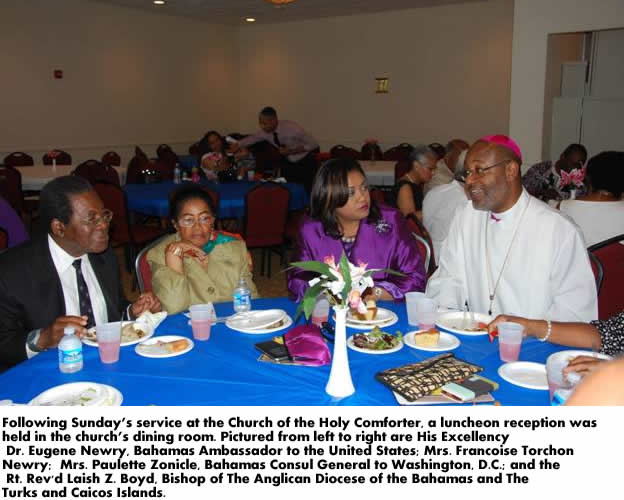 Following Sunday’s service at the Church of the Holy Comforter, a luncheon reception was held in the church’s dining room.

According to its website, the Union of Black Episcopalians (UBE) “stands in the continuing tradition of more than 200 years of Black leadership in the Episcopal Church.”

“Beginning with the establishment of St. Thomas Episcopal Church by Absalom Jones in 1794 in the city of Philadelphia through the election of Barbara Harris as Suffragan bishop of Massachusetts there has always been a strong corps of Black Christians in the Episcopal Church,” the website notes. “People like James Holly, Henry Delaney, John Walker, Tollie Caution, Charles Lawrence, Deborah Harmon Hines, and countless other.”

The website adds: “Organized in 1968 as the Union of Black Clergy and Laity, the Union is the proud inheritor of the work of these people and earlier organization, the Convocation of Colored Clergy, the Conference of Church Workers Among Colored People, all dedicated to the ministry of Blacks in the Episcopal Church. The name was changed to the Union of Black Episcopalians in 1971.” 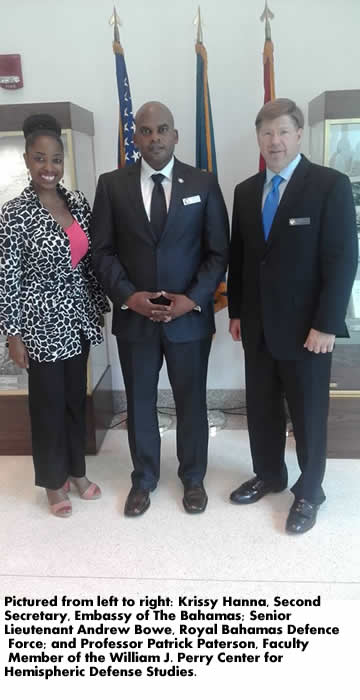 UBE is a confederation of “more than 55 chapters and interest groups throughout the continental United States and the Caribbean.” It also has members in Canada, Africa and Latin America.

The six weeks course, which comprised a four weeks distance learning phase and a two weeks resident phase, was designed to foster a community of regional security and defense professionals prepared to confront the complex security realities facing the Caribbean Region, and by extension, the Western Hemisphere.

Serving as the commencement speaker for the graduation ceremony was H.E. David Arthur Granger, President of the Cooperative Republic of Guyana. President Granger is an alumnus and former adjunct professor of the William J. Perry Center for Hemispheric Defense Studies.

In attendance at the graduation ceremony was Superintendent Elburt Ferguson of the Royal Bahamas Police Force, who presented tokens of appreciation to officials of the Bureau Force for their significant contribution to training in the area of forensic firearms examination.

The Embassy of The Bahamas in Washington D.C. was duly represented by Ms. Krissy Hanna, Second Secretary/Alternate Representative to the OAS. 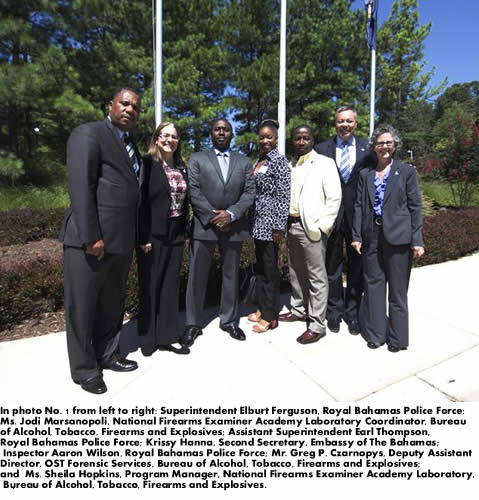 LONDON–Anne Marie Davis, the Deputy Prime Minister’s wife attended a winetasting, auction fundraiser for The Ranfurly Homes at the London High Commission Office on Friday 31st July.  She is pictured with High Commissioner Ed Bethel and his wife Dawn. 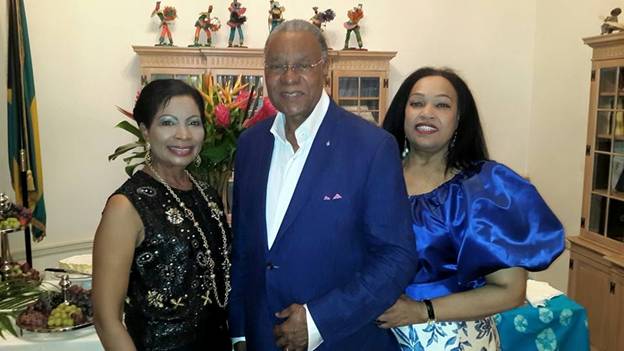