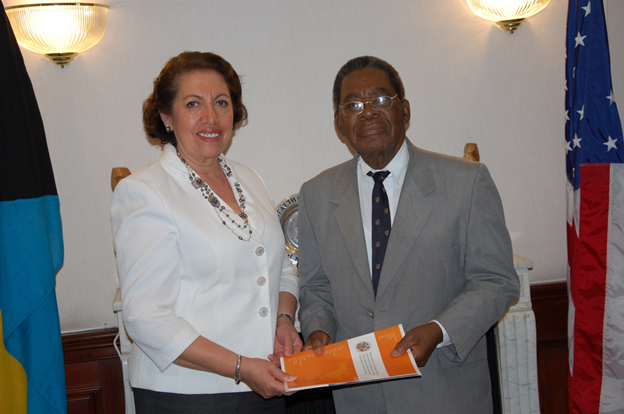 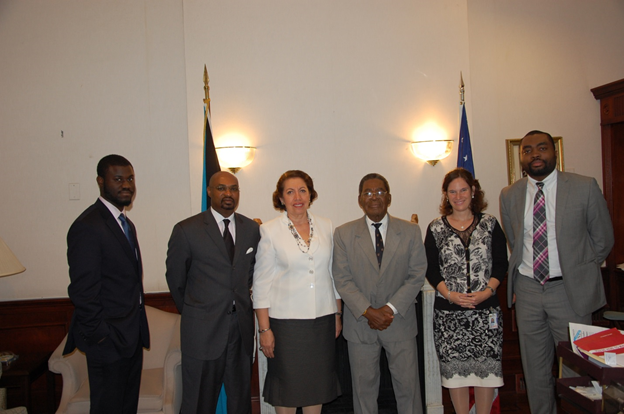 WASHINGTON, D.C. — Ambassador Abigail de Perez Castro,   Education Coordinator of the OAS Department of Human Development and Education?, paid a courtesy call on Ambassador Newry on Wednesday , September 16, 2015,  and advised on the ongoing efforts at the OAS to construct an Inter-American Education Agenda.
The framework for the Agenda focuses on three main areas: quality, inclusive and equitable education; strengthening of the teaching profession; and comprehensive early childhood care.
Areas of potential benefit to The Bahamas were also highlighted, including the ongoing development of a virtual platform for the sharing of best practice in education policy in order to facilitate horizontal cooperation throughout the Americas and a ‘peace leaders’ program which focuses on developing citizenship competencies in children through community based learning and curriculum integration.
The Bahamas Permanent Mission to the OAS, in following up on last year’s visit of the Minister of Education, Hon. Jerome Fitzgerald, to Washington DC and the recent Commonwealth Education Ministerial convened in Nassau, underscored The Bahamas’ commitment to leadership on education initiatives in the region going forward.
Ambassador Castro and Ambassador Newry also discussed the prospective hosting of the 2017 Inter-American Education Ministerial in The Bahamas and The Bahamas’ prospective chairmanship of the Inter- American Committee on Education in the coming year.

His Excellency Dr. Eugene Newry, Bahamas Ambassador to the United States, is pictured with Ambassador Abigail de Perez Castro, Education Coordinator of the OAS Department of Human Development and Education. 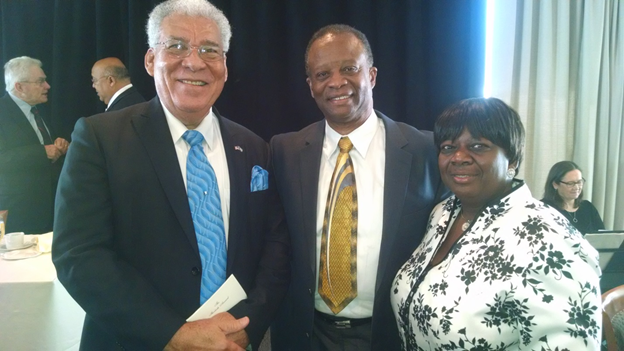 NEW YORK — The Hon. Forrester J. Carroll, Bahamas Consul General to New York, and his wife Dr. Valencia Carroll attended the Thirtieth Annual International Prayer Breakfast hosted by the Christian Embassy at the United Nations, on Tuesday, September 15, 2015. The International Prayer Breakfast is held each year prior to the opening of the United Nations General Assembly Session. This year the UN is celebrating its 70th year. Guest Artist, at the breakfast was vocalist and five-time Grammy Award winner Larnelle Harris, a regular guest on The Billy Graham Evangelistic Crusade. Pictured from left to right are Consul General Carroll, Mr. Harris and Dr. Carroll. 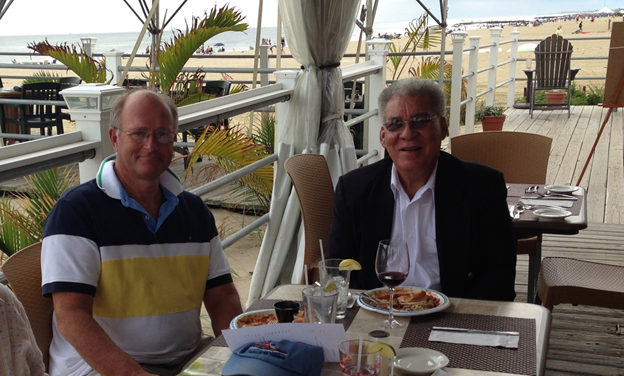 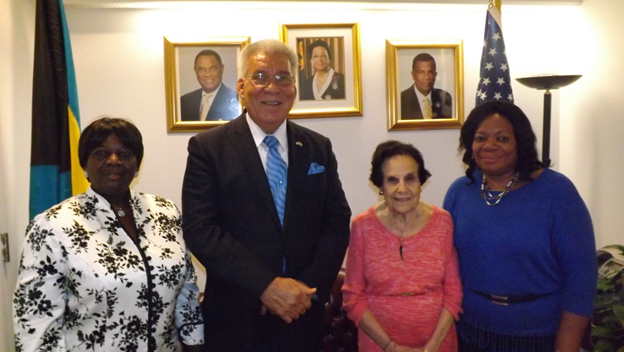 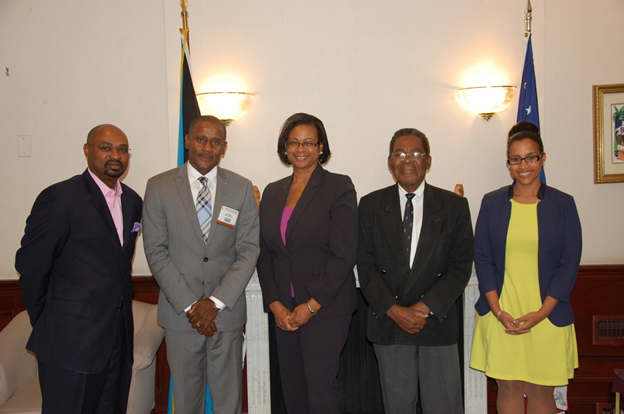 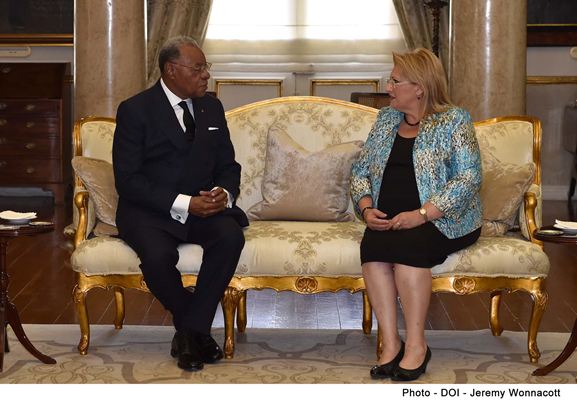 On the 17th September 2015, at the San Anton Palace, Eldred E. (Ed) Bethel presented his credentials to the President of Malta Marie-Louise Coleiro Preca.

During the ceremony, the President of Malta and the High Commissioner discussed bilateral relations.

Mr. Eldred E. (Ed) Bethel is the 8th High Commissioner representing the Bahamas to the Court of St. James. He is also non-resident Ambassador to several European Nations and serves as the Permanent Representative on the board of the International Maritime Organization (IMO).

Prior to his appointment as High Commissioner, Bethel served as Consul General of The Commonwealth of The Bahamas to New York from October 2002-December 2007.

Bethel is a former broadcast journalist having received a Diploma in Mass Communications from Ryerson Polytechnic College Toronto, Canada.

Bethel is married to the former Dawne Hanna-Adderley, a former broadcaster herself.

He is the father of four children, two sons and two daughters and one stepson.