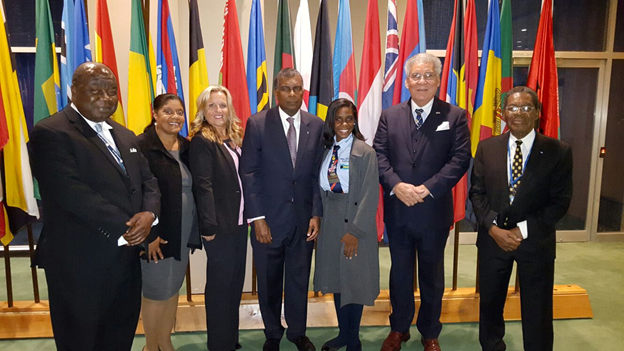 NEW YORK — Minister of Foreign Affairs and Immigration Fred Mitchell is pictured in the Hall of Flags at the United Nations in New York after delivering the statement on behalf of The Bahamas at the Seventieth Session of the United Nations General Assembly on Thursday, October 1, 2015. Pictured from left are H.E. Dr. Elliston Rahming, Permanent Representative of The Bahamas to the UN and the Organization of American States (OAS); Mrs. Cheryl Bartlett, mother of Miss Tess Bartlett, a student at Mary  Star  of the Sea School in Freeport, Grand Bahama; Mrs. Lynn Evans, an English teacher at Mary Star of the Sea School; Minister Mitchell;  Miss Tess Bartlett; Hon. Forrester J. Carroll, Bahamas Consul General to New York; and H.E. Dr. Eugene Newry, Bahamas Ambassador to the United States. 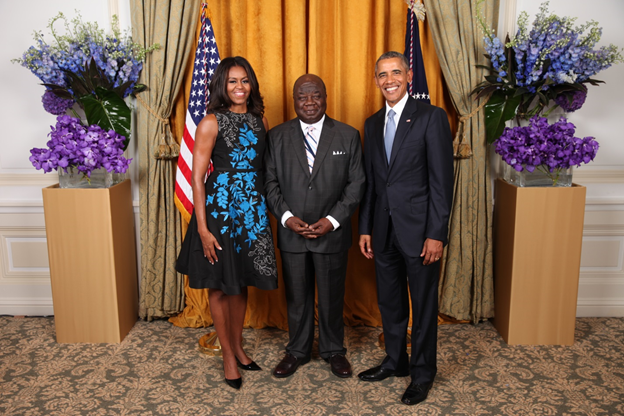 NEW YORK — After his address in the General Debate of the 70th Session of the United Nations General Assembly on Monday 28 September, 2015, U.S. President Barack Obama hosted Heads of Delegation to a festive reception at the New York Palace Hotel in New York.  Shown at the reception, between President and Mrs. Obama, is the Ambassador and Permanent Representative of The Bahamas to the United Nations and the Organisation of American States, H.E. Dr. Elliston Rahming. 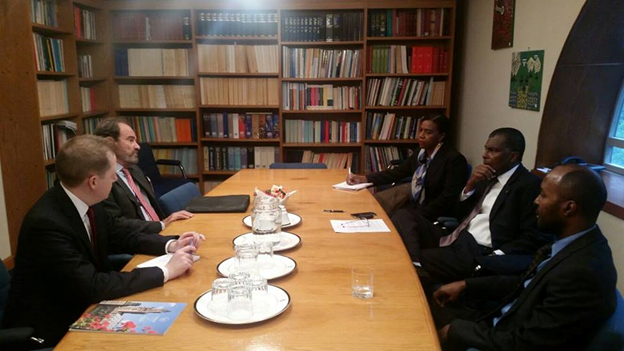 Foreign Minister Fred Mitchell with Hugo Hans Siblesz, Secretary General of the Permanent Court of Arbitration in the Hague at the Bahamas UN Mission. The SG is second left. On the right Ambassador Stan Smith, Minister, Bertha Cooper Rousseau, the Consultant to the Ministry of Financial Services. – 1st October  2015 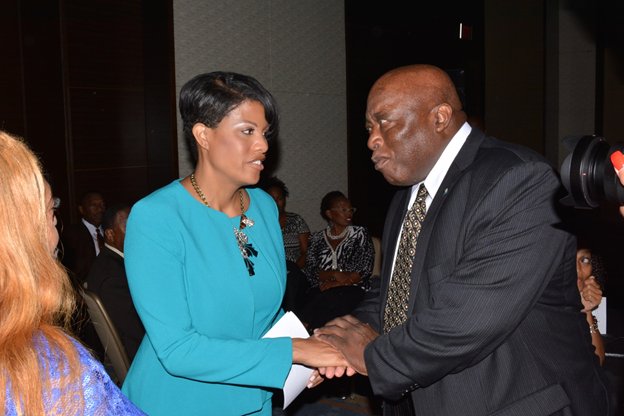 WASHINGTON, D.C. – Oswald T. Brown, Press, Cultural Affairs and Information Manager at the Bahamas Embassy in Washington, D.C., is pictured with Mrs. Stephanie Rawlings-Blake, Mayor of Baltimore, at the National Newspaper Publishers Association (NNPA) National Leadership Award reception at Marriott Marquis in downtown D.C. on Thursday, September 17, 2015. The NNPA represents more than 200 black-owned publications in the United States, including the Washington Informer, an award-winning newspaper in Washington, D.C., where Mr. Brown was News Editor for twelve years before returning to The Bahamas permanently in 1996. Denise Rolark Barnes, the current Editor and Publisher of The Informer, is Chair of the NNPA. (Washington Informer Photo by Roy Lewis)