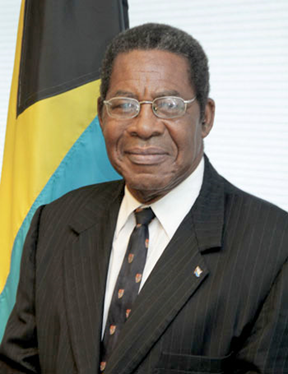 viagra sale pills times;”>WASHINGTON, D.C., Sept. 30, 2015 –His Excellency Dr. Eugene Newry, Bahamas Ambassador to the United States, has written a letter to Municipal Officials of the District of Columbia ? and Federal Congressional Officials protesting “in the strongest terms” The Bahamas’ designation as a “tax haven” by D.C. authorities in the District of Columbia Fiscal Year 2016 Budget Support Act of 2015 currently under review by Congress.

Describing the matter as being “of critical importance to the economy and reputation of my country,” Ambassador Newry said The Bahamas was included “on the list of tax havens in this legislation on the basis of seemingly arbitrary and spurious grounds.”

Dr. Newry further noted that The Bahamas’ recent implementation “of the U.S. Foreign Accounts Tax Compliance Act, through a Model 1 Intergovernmental Agreement, notwithstanding the considerable financial burden associated with its implementation, reflects the resolute commitment of The Bahamas towards meeting U.S. and global expectations for transparency and accountability.”

“The listing of The Bahamas seems to be a peculiar instance of dissonance between your federal and state levels of government, which is particularly troubling in light of the unprecedented work that we have and continue to do to be fully compliant with United States and OECD tax authorities,” Dr. Newry said.  “Moreso, the listing and legislation risks doing irreparable damage to an important sector of The Bahamian economy.”

Dr. Newry underscored the fact that The Bahamas “is a well-established, well-regulated and fully compliant financial jurisdiction and we protest in the strongest terms our designation as a ‘tax haven’ by District of Colombia authorities.”

“I respectfully request the use of your good offices to rectify the arbitrary and potentially injurious listing of The Bahamas as a ‘tax haven’ in the Fiscal Year 2016 Budget Support Act of 2015 of the District of Colombia,” Dr. Newry wrote.

The District of Columbia Fiscal Year 2016 Budget Support Act of 2015 was signed by D.C. Mayor Muriel Bowser on August 11, 2015 . Given the fact that the District of Colombia is a federal district under the exclusive jurisdiction of the Congress and not a State, an approved Act of the DC Council must be sent to the United States House of Representatives and the United States Senate for a period of 30 days before becoming effective as law.  The review period for District of Columbia Fiscal Year 2016 Budget Support Act of 2015 commenced when Congress reconvened on September 8 and it is anticipated that the review period will extend into mid-October.

Of particular concern to The Bahamas is the fact that given the aforementioned peculiarities of the District of Colombia legislative process, where the Federal Government must approve local legislation, the eventual approval of the Budget Support Act of 2015 might be seen as an implicit green light at the federal level for listing of tax havens or at the least federal ambivalence to doing so by other States.

Commenting on this likelihood in a recent statement, Minister of Foreign Affairs and Immigration Fred Mitchell stressed that it is “important that this signal is not sent.”

“This is particularly why this legislative effort merits attention as opposed to prior State efforts,” Mr. Mitchell noted.

“The Embassy in Washington DC met with other CARICOM Ambassadors to the U.S. who have expressed interest in protesting the designation,” Minister Mitchell said. “The view is that The Bahamas should engage on the matter to highlight the dissonance between the federal and state posture on the matter, reinforce that we cannot be coerced into a certain type of tax regime and that our functional cooperation on exchange of information should be more than sufficient.”

“The Bahamas would not wish for a proliferation of State tax haven listings to be used as a backdoor mechanism to circumvent the posture at the federal level,” Mr. Mitchell said. “Let us say that we continue to have a disagreement with developed countries on the question of wealth management and privacy and tax issues and are working diligently to help save the Financial Services sector as a viable industry for this country.”