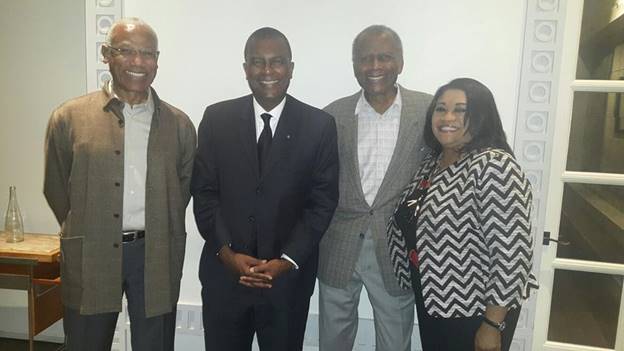 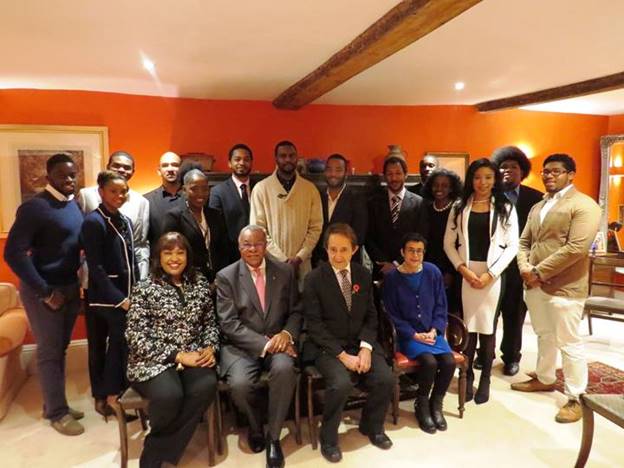 His Excellency, High Commissioner Eldred Bethel and Mrs. Dawne Bethel visited Bahamian students at the University of Buckingham during an intimate reception held recently. Bahamian students attending the university were invited to join in the occasion held on campus at Vice Chancellor, Sir Anthony Seldon’s residence.

During the gathering, High Commissioner Bethel encouraged the students to excel in their studies and make the country proud. Students had the opportunity to dialogue with the High Commissioner and share their views. In total there are some 14 students in various areas of studies at the University of Buckingham. 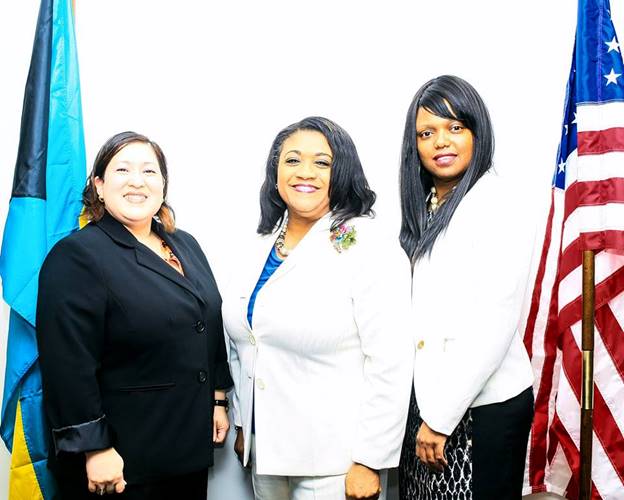 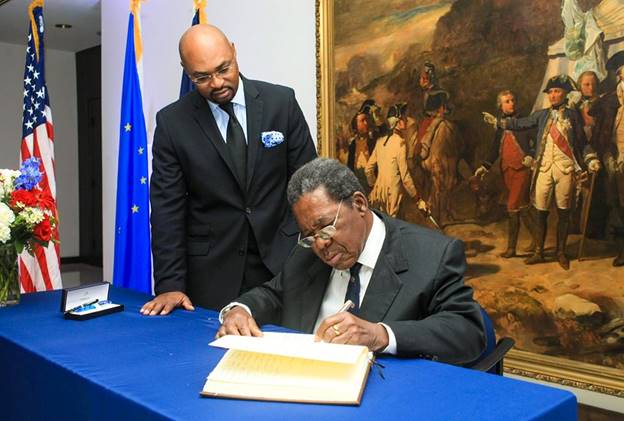 WASHINGTON, D.C. — His Excellency Dr. Eugene Newry, Bahamas Ambassador to the United States, on Monday, November 16, signed the Book of Condolences at the Embassy of France, 4101 Reservoir Road, N.W., to the families of the victims killed in the horrific shootings in Paris. On behalf of the Government and the people of The Bahamas, Dr. Newry inscribed in the book: “It was with great pain that he heard of the tragedy in Paris on Friday, November 13, and express our profound sympathy. The Government and the people of The Bahamas stand in solidarity with the people of France and the international community in condemning these barbaric acts.” Dr. Newry is seen signing the Book of Condolences as Mr. Chet Neymour, Deputy Chief of Mission, looks on.