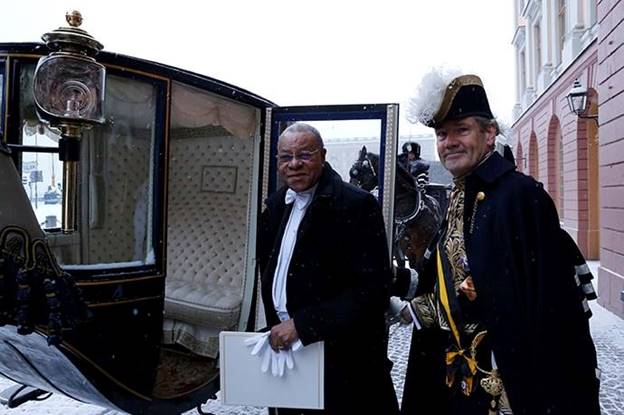 The ambassadors from Uruguay, the Bahamas and Niger presented their letters of credence to HM The King on Wednesday 13 January 2016 in a formal audience at the Royal Palace in Stockholm. A letter of credence is an authorisation issued by an ambassador’s head of state. By presenting letters of credence to Sweden’s head of state, the ambassador can, from that day, fully represent his or her country in Sweden.H.E. Mr. Eldred Edison Bethel, presented his The Bahamas’ newly appointed Ambassador Mr. Eldred Edison Bethel, based in London, was born in 1940 and has an extensive background in the media sector. In recent years he has held the following posts:2014–2015 Ambassador of the Bahamas to the United Kingdom2011–2014 News anchor and producer at New Providence radio station, Bahamas2002–2007 Consul-General of the Bahamas in New York 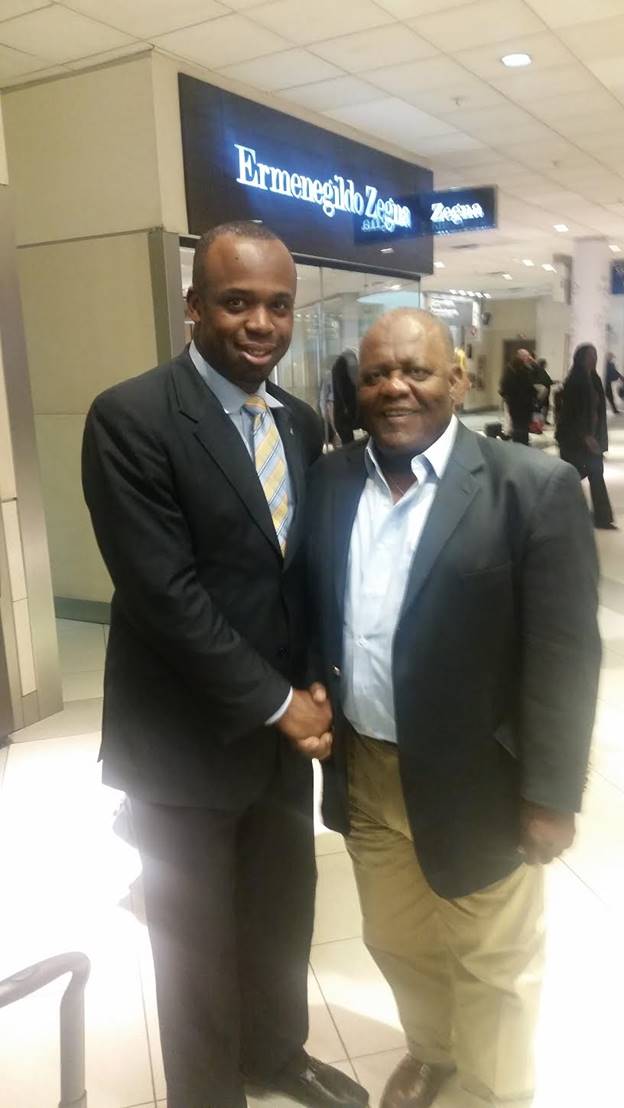 ATLANTA, Georgia — Former Bahamas Prime Minister Hubert Ingraham, who is heading a Commonwealth Observer Group to Vanuatu for its General Election on January 22, 2016, was greeted by Bahamas Consul General to Atlanta Randy Rolle and Vice Consul Monique Vanderpool at Atlanta airport Wednesday afternoon, in transit to the island nation located in the South Pacific Ocean, east of northern Australia.

The snap election is being held nine months ahead of schedule, following a period of political instability in which 14 Members of Parliament were convicted of bribery.  The convictions led to a political deadlock between the Government and the Opposition, which prompted President Baldwin Lonsdale to dissolve Parliament.

Commonwealth Secretary-General Kamalesh Sharma mobilised the Observer Group at the invitation of the Vanuatu Government.  He said its work would complement the Commonwealth’s ongoing effort to support democracy in the country.

“The Commonwealth has a long history of assistance to Vanuatu,” Sharma said. “We have been working with the Government and with all political leaders to strengthen democratic processes and institutions in the country.” he stated.

Last year the Commonwealth facilitated a dialogue among political leaders that could lead to a roadmap for reform.

The Observer Group will contribute to this process by offering practical recommendations to strengthen Vanuatu’s electoral process based on their observations. The five-member team will examine pre-election preparations, voting and counting procedures and the announcement of results. They will assess any factor affecting the credibility of the elections and determine whether they were conducted according to international standards and the laws of Vanuatu.

The Observer Group will submit its report to the Commonwealth Secretary-General, who will in turn send it to the Government of Vanuatu, the Electoral Commission and the principal political parties.  It will subsequently be released online.

The observers will be supported by a four-member staff team, led by Albert Mariner of the Political Division of the Secretariat. 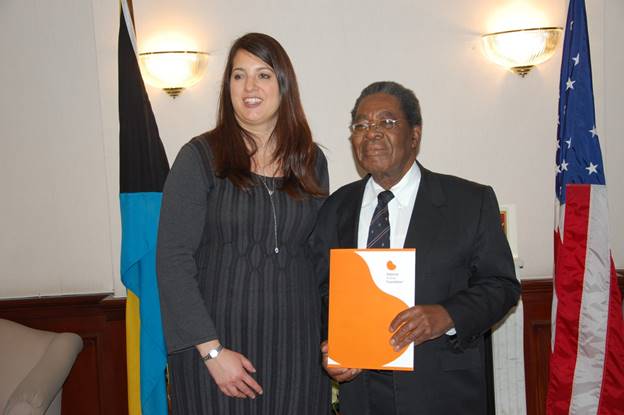 WASHINGTON, D.C. — Ms. Charlene Nieman, Director of Development for the National Kidney Foundation, paid a courtesy call on His Excellency Dr. Eugene Newry, Bahamas Ambassador to the United States, on Thursday, January 14, 2016 at the Bahamas Embassy, 2220 Massachusetts Avenue, N.W.  They discussed the work being done by the Kidney Foundation which is of “considerable interest to The Bahamas where kidney diseases are very prevalent,” Ambassador Newry said. 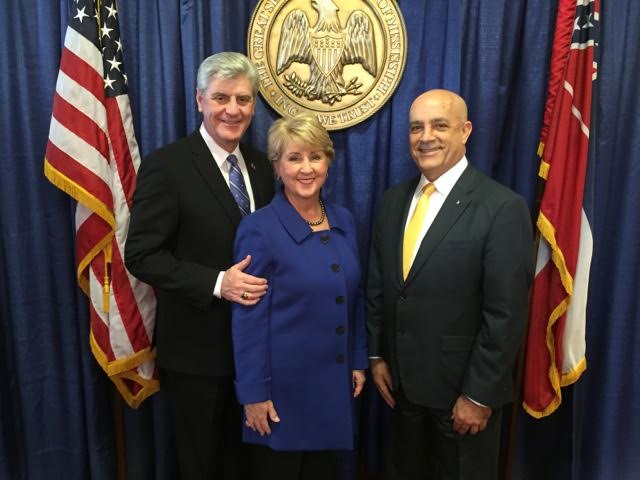 JACKSON, Mississippi — Bahamas Consul General to Miami H. Ricardo Treco was among the diplomats who attended the swearing-in of Governor Phil Bryant for a second term as Mississippi’s 64th Governor on Tuesday, January 12, at the State Capitol building in Jackson.The inaugural theme, “Imagine Mississippi,” highlighted positive changes in the state that Governor Bryant has pledged will continue under his leadership.In  addition to Consul General Treco, other foreign diplomats in attendance included Consuls General from Canada, China, Japan, Haiti, Indonesia, Italy, Ireland, Lesotho, Morocco, France, Spain, Malaysia, Israel, Taiwan, Turkey, Greece, Hong Kong and India.They were hosted by the Mississippi Development Authority, which Consul General Treco said was “extremely hospitable.” On Monday, January 11, the visiting diplomats toured the Nissan Manufacturing Plant in Canton, Mississippi, where six different types of vehicles are assembled, including the new Nissan Murano, the Titan HD truck, and the Frontier truck.The next stop was at the Governor’s offices at the State Capitol, where they were officially greeted by Governor Bryant and his wife Debbie and also exchanged gifts. The diplomats were then escorted to the University Of Mississippi’s Medical Center in Jackson, where they were briefed on the unique achievements of this nationally recognized institution, which is the number one Telemedicine Facility in the entire United States. Because of the vast rural areas of Mississippi, it coordinates all emergency services, including an efficient Air Ambulance team that provides remote medical services as well.On inauguration day, Tuesday, January 12, diplomats attended a briefing at the Capitol conducted by the Mississippi Development Authority, giving the objectives of the MDA and also how easy it is to do business in Mississippi. They were also given time to network and socialize before being moved to the seating area for the Inaugural Ceremony. After the ceremony, they were treated to an authentic Mississippi lunch hosted by the Mississippi Manufacturers Association at the famous Fairview Inn.The final event was the Governor’s Ball at the Jackson Convention Center, where they were treated to music from local entertainers and lots of good southern food.CAPTIONBahamas Consul General to Miami H. Ricardo Treco (right) is pictured with Mississippi Governor Phil Bryant and his wife Mrs. Debbie Bryant.