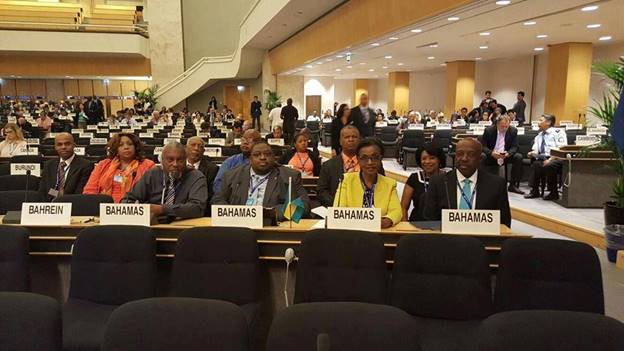 GENEVA, Switzerland — The Hon. D. Shane Gibson, Minister of Labour and National Insurance and Minister for the Public Service, heads the Bahamian delegation currently participating in the 105th Session of the International Labour Conference currently being held at the United Nations Headquarters in Geneva, Switzerland, May 30 – June 11, under the theme “Building a Future with Decent Work.” Minister Gibson is pictured at far right in the front row during one of the sessions. Also pictured in the front row from left are: Dr. Arthur Clarke, President of the Doctors’ Union; Robert Farquharson, Director of Labour; Her Excellency Rhoda M. Jackson, Bahamas Ambassador to the United Nations Office and other International Organisations in Geneva. In the back row from left are: Lavardo Duncanson; Marissa Mason-Smith, HR Manager, BEC; Keith Archer, founding member and former president of the BCPOU; Paul Maynard, President of the BEC union; Harold Fountain, Bahamas Customs Dept. 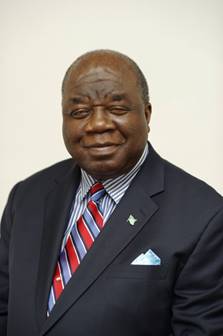 NEW YORK — H.E. Dr. Elliston Rahming, Ambassador and Permanent Representative of the Commonwealth of The Bahamas to the United Nations (UN) and the Organisation of American States (OAS), on June 13, 2016, was elected to represent The Bahamas as one of the twenty-one Vice Presidents of the United Nations General Assembly. This is the first time The Bahamas has held this position since the 35th Session of the UN General Assembly, over 20 years ago. The role of the Vice-President includes comprehensive participation in the UN General Committee, which assists the President and the General Assembly in the drafting of the agenda for each plenary meeting, and in the general conduct of the work of the General Assembly. In the absence of the President of the General Assembly, Vice-Presidents may also be called upon to assume the role of acting President, with the same mandate and responsibility as the President. Ambassador Rahming, in his capacity as Permanent Representative of The Bahamas to the OAS, will also assume the Chair of the OAS Permanent Council, for the months of July, August, and September 2016. Representing one of the most significant roles within the Organisation, the Chair is responsible for coordinating and guiding the work of the Permanent Council, whose mandate includes: the maintenance of friendly relations among the member states and peaceful settlement of their disputes, recommendations to the General Assembly as well as implementation of decisions of the General Assembly, and   upholding the standards governing the operation of the General Secretariat. 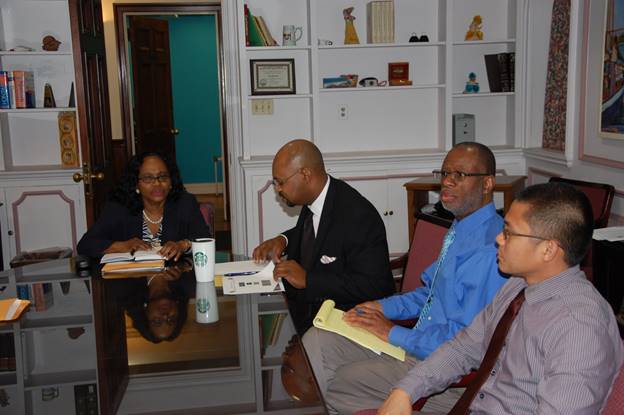 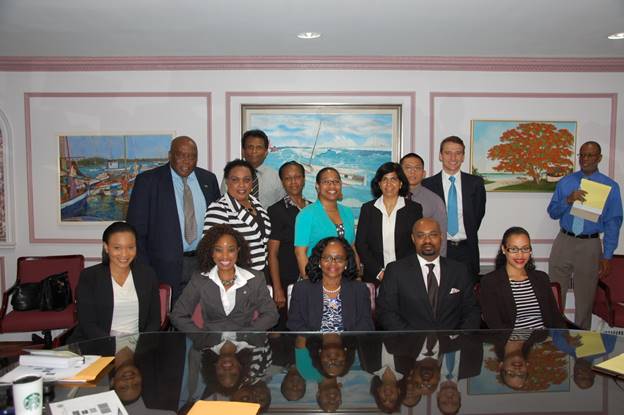