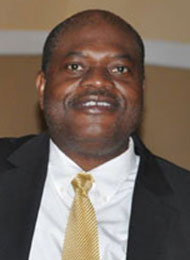 After more than one hundred amendments to the initial 2012 Act that never came into force, followed by its replacement with a new draft bill, the Freedom of Information Act (FOIA), 2015 was released on Monday of this week for public consultation.

Expanding the right of access to information by bodies with Bahamian interests;

Expanding the class of accessible documents to include certain policy documents;

Narrowing the class of documents that were previously exempt from disclosure;

A review of the official Secrecy Act.

The Minister (meaning the cabinet) no longer has veto power over the disclosure of information.

The “Whistleblower” section of the bill protects a person from illegal administrative sanctions or employment related punitive acts of reprisals (broadly called victimization in The Bahamas) if he or she releases information in breach of that person’s employment obligation or in violation of company policy (or general orders) so long as the person was acting in good faith in protecting the health, safety and welfare of the general public – or more broadly, acting in the public interest.

Also worthy of note is the Act does not apply to the judicial functions of a court, the Customs Department, the Royal Bahamas Police Force, the Royal Bahamas Defence Force, the Financial Intelligence Unit and the Immigration Department in relation to their strategic and operational intelligence gathering activities. This structure is ostensibly in the interest of country’s national security.

Overall, the objectives of the FIOA are to give further effect to certain fundamental principles underlying the system of constitutional democracy – mainly government accountability, transparency and public participation in national decision making by granting the public greater freedom and rights to access public records.

The Office of the Attorney General plans to host a series of town hall meetings to educate and actively engage the public on this important piece of legislation.

PM Christie on the passing on Mizpah Tertullien

She enjoyed a long and fruitful life well into her eighties and touching many lives along the way, but nothing can fully prepare us for the inevitability of death. The nation was saddened this week to learn of the passing of former Senator, popular psychologist, commentator and columnist of the famed “Psychologically Speaking,” Mrs. Mizpah Tertullien.

Expressing condolences on behalf of the government and people of The Bahamas was Prime Minister the Rt. Hon. Perry Christie who recognized her national service and remembered the former Senator’s engaging personality, erudition, eloquence and patriotism and one who embraced the finality of death the way she embraced life – with grace and dignity.

“Mrs. Tertullien endured a lengthy illness with grace and dignity” said the Prime Minister.  “Although she had not been a part of public life for many years, Mrs. Tertullien will be remembered for her engaging personality, erudition, eloquence, and patriotism.  She was a respected commentator on a wide range of matters affecting the social and mental health of our nation. She was well positioned to do so based on her training and practice as a psychologist and family counselor.” May her soul rest in peace.