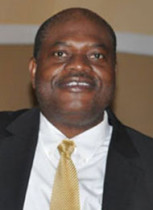 cialis buy click times;”>In a ruling by Justice Ian Winder on Wednesday of this week, The Bahamas Supreme Court Denied Baha Mar’s Chapter 11 Bankruptcy Recognition Petition. This paves the way for the Supreme Court to appoint a provisional liquidator on the 31st July 2015 should the negotiating parties fail to reach an out of court settlement.

“We welcome today’s decision by The Bahamas Supreme Court to deny Baha Mar’s application for recognition of its American Chapter 11 Bankruptcy of June 29, 2015” said the Bahamas government in a press release issued the day of the ruling.

“In doing so, the Supreme Court vindicated the Government’s position, indicating it will provide the detailed reasoning for its ruling within 14 days.

“Our Government has argued firmly that a Bahamian Court, supervising the work of an independent liquidator, is best suited to oversee the restructuring, completion and opening of the resort should Baha Mar, China Construction and Exim Bank be unable to reach an out of court agreement.”

The Bahamas government reiterated that the prompt opening of the resort under private ownership and operation remains its primary objective.

“Our objectives continue to be the prompt completion and successful opening of the Baha Mar project. We are confident today’s decision will encourage all parties to focus on these goals. It is a matter of the greatest national importance for the resort to open as soon as possible, under private ownership and operation.”

In related news, the government proposed in a filed affidavit the appointment of three accountants in the employ of Price-waterhouseCoopers as provisional liquidators. They are Prince Rahming, Gowon Bowe and Garth Calow.

It was also reported in the media on Friday that lawyers for the developer, Sarkis Izmirlian, told the bankruptcy court in Delaware at a ten minute Thursday hearing that the developer is prepared to commit as much as $200 million to jumpstart the project. The terms were not released.

In a late news development, the government issued a press release Friday evening to confirm that a Bahamian delegation led by the Attorney General was traveling to China to resume talks with the other principals.

The House of Assembly met on Wednesday, 22nd July 2015 at 10am and following is a brief summary of the House proceedings.

Bahamas Prime Minister the Rt. Hon. Perry G. Christie provided the House with an update on the Hawksbill Creek Grand Bahama (Deep Water Harbour and Industrial Area) (Extension of Tax Exemption Period) Act, 1993. He reported that the 1993 Act which provides for the exemption of specific taxes for twenty-two years comes to an end on 4th August 2015 and will be extended for an additional six months to provide for “further consultations and negotiations” with stakeholders on the economic ramifications of any adjustments to this existing tax regime.

“Due to the in depth and comprehensive nature of the study and the report of the Committee, which would also require further consultation and negotiations with stakeholders and the Grand Bahama community, more time is clearly needed to complete this vital exercise” said the Prime Minister.

According to Mr. Christie, the tax concessions that are available to port licencees in Freeport that are the subject of active review include the following:

No personal property tax and no capital levies or taxes on capital gains or capital appreciation; and

The Prime Minister indicated that the State Minister for Finance will table an amended Freeport Act to enable the extension of the tax concessions for another six months. READ MORE.