TRYING TO CREATE PANIC IN THE COUNTRY 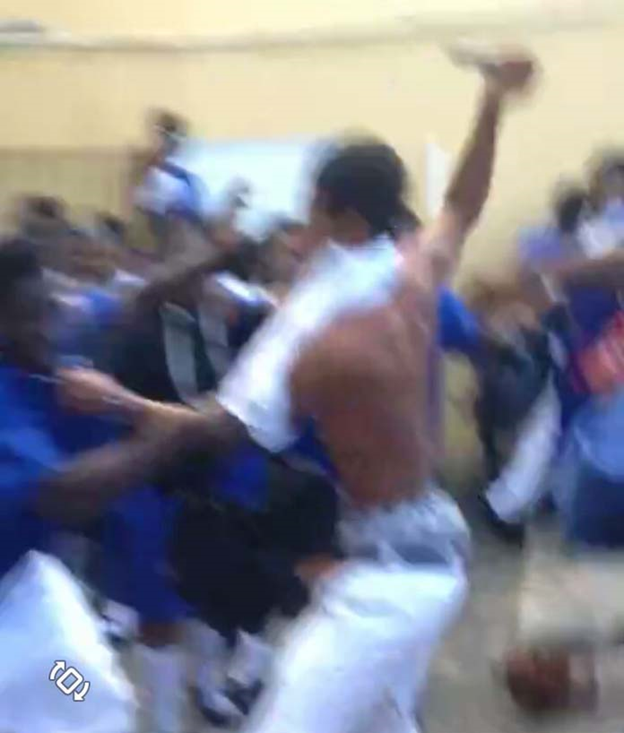 On Thursday 19 January, there was a spate of videos and posts on What’s App and Facebook that sent chills down the spines of Bahamians and alarm bells throughout the country.  The way life goes these days, you are constantly on that damn smart phone and it is constantly feeding you images without the context into your phone and into your life.  Some images are thrilling, others titillating, and others horrifying.  But all of them shape the mind in such a way that it reacts without knowing the full story.

So on 19 January, videos started circulating with still photos of a fight at the Government High School which largely feeds children from Bain and Grants Town,  and which has a large population of children of Haitian descent.  The school which used to be the academic star of The Bahamas is long past those glory days and is a cauldron of hot fire as a results of various failures in immigration and social cohesion.

The commentary on the videos and stills was that the fight resulted in two students being killed and 8 others being injured.  Shortly after that there’s another video of a fight which took place between two men at the Thomas A Robinson Stadium in full view of the public.  That was followed by the news that there was a lockdown at C R Walker High School as a result of a fight between gangs, and that was followed by the news that there were similar incidents at R. M Bailey High School and S C McPherson Junior High.  What the hell was going on?

The truth is somewhat less fantastic than the rumours and stories.  The students did not die and though some were described a critical, it appears that they all survive.  The other stories seemed to fade into the background.

Shortly after that Dr. Hubert Minnis, the Leader of the Free National Movement, released his obligatory press conference in which he called for the PLP to go, and said the PLP was to blame for crime.  The Commissioner of Police Ellison Greenslade had his say the week before.  He seemed out of step because he said that crime was on a downward trend.  The public officials around him seemed to be out of step with the mood of the country. A Former Assistant Commissioner of Police Paul Thompson who is an eminence grese said that the country has become a war zone.

There is no problem that this country has that money cannot fix.  The country is rich country but a poor government.  Bottom line then is that the government does not have the resources to fix the problem. The Government also seems to lack the talent to deal with management issues with the execution of policy, in part because of the lack of money.

So the story of how to fix this, is not the histrionics of the Leader of the Free National Movement nor his condemnation.  The story of how to fix it, is not protestations of unfairness and promises that can’t be fulfilled from public platforms.  This requires a long hard slog and dedication to executing that which we have already decided must be done.   It isn’t being done.  It must be done.

The panic that struck the country last week is one example of what will happen if the problem is not fixed.  One day we will be looking at riots and destruction on a scale which will surprise us.   This can be avoided with careful management and grabbing the problem by the short and curlies before mayhem actually breaks out.  What last week shows you is that “fake news” can cause a riot and psychological meltdown.  Be very careful going forward.