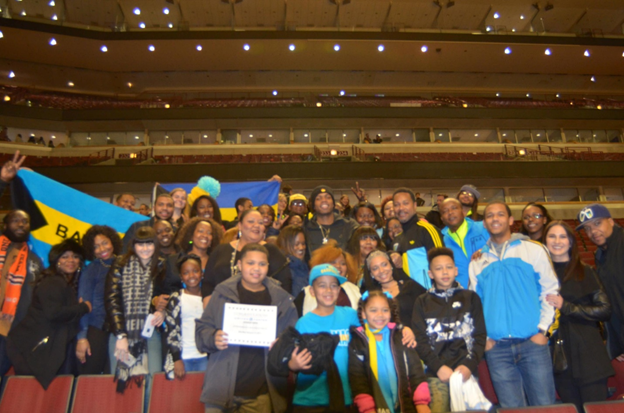 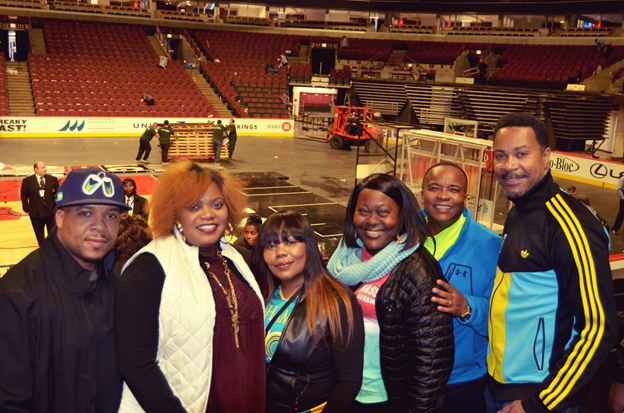 Bahamians from the Midwest jurisdiction came out to support their countryman and present a plaque honouring Hield as a modern example of Bahamian excellence, celebrating his first appearance in Chicago as an NBA player.

Buddy Hield, who is from Eight Mile Rock, Grand Bahama, had an outstanding college basketball career at Oklahoma University, and was named the Big 12 Conference Men’s Basketball Player of the Year in 2015 and 2016. Also in 2016, he received four major national player of the year awards: the John R. Wooden Award, the Naismith Award, Sporting News Player of the Year and the Oscar Robertson Trophy. Hield was selected with the sixth overall pick in the 2016 NBA draft by the New Orleans Pelicans.

CAPTION ONE
Buddy Hield (centre in middle row) is pictured with a group of Bahamians living in the Midwest following the New Orleans Pelicans game against the Chicago Bulls on Saturday, January 14, 2017. 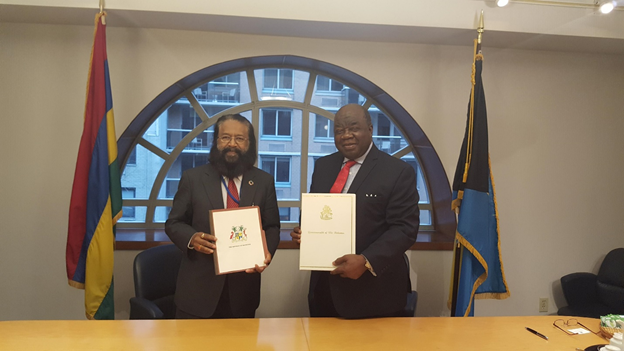 NEW YORK — The Commonwealth of The Bahamas and the Republic of Mauritius formalized diplomatic relations by way of the execution of a Joint Communique on Wednesday, January 18, 2017, during a signing ceremony at the Permanent Mission of The Bahamas to the United Nations, 231 East 46th Street.

The Republic of Mauritius is an island located in the Indian Ocean adjacent to the south eastern coast of the African continent. It has an estimated population of more than 1.29 million people and a stable middle-income economy that profits mainly from sugar, tourism, textiles and appeal and financial services.

Like The Bahamas, Mauritius is a Commonwealth, small island developing state with a proportionately significant service industry. The Bahamas continues to work closely with Mauritius in the multilateral context on areas of mutual import, including sustainable development, climate change initiatives and the economic and financial development of similar economies. Through the signing of the Joint Communique both countries have agreed to promote and strengthen bilateral ties in these and other areas of cooperation.

His Excellency Dr. Elliston Rahming (right), Bahamas Ambassador and Permanent Representative to the United Nations and the Organization of American States (OAS), and His Excellency Mr. Jagdish Dharamchand Koonjul, Ambassador and Permanent Representative of Mauritius to the United Nations, are pictured following the signing of a Joint Communique formalizing diplomatic relations between the two countries. 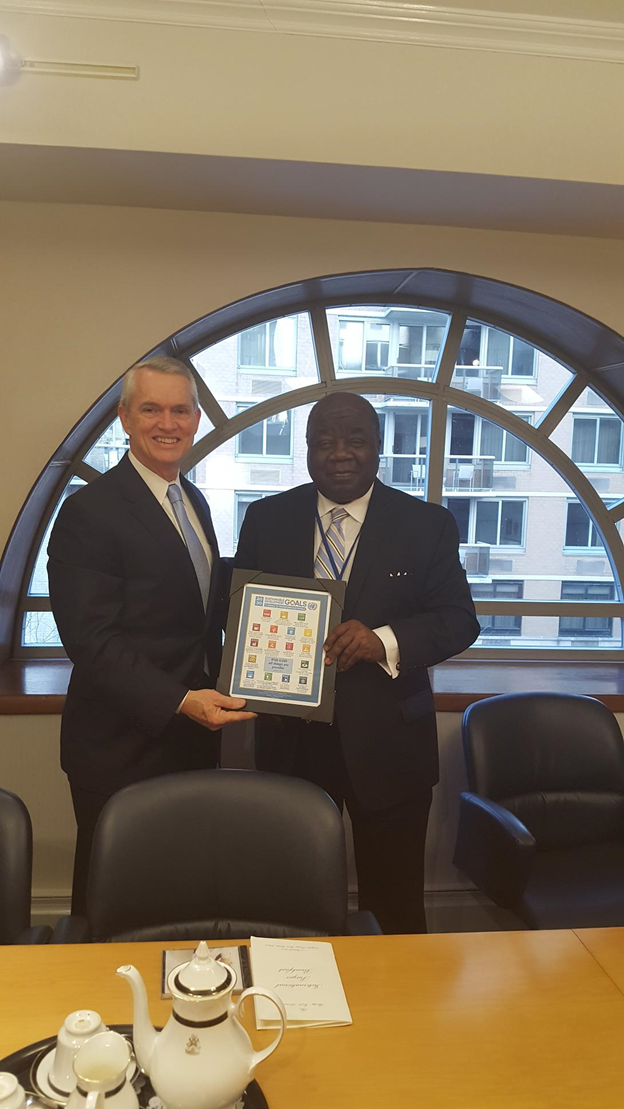 NEW YORK — Mr. Kenneth Welborn, President of the Foreign Service Fellowship, paid a courtesy call to His Excellency Dr Elliston Rahming, Bahamas Ambassador and Permanent Representative to the United Nations and the Organisation of American States (OAS), on Thursday, January 19, 2017, to discuss the Fellowship’s past and upcoming events and the importance of faith in Foreign Service. Mr. Welborn (left) is pictured presenting Ambassador Rahming a gift after the meeting.  Mr. Welborn presented similar gifts to other Permanent Representatives who attended his annual Ambassadors Christmas Luncheon in December 2016. 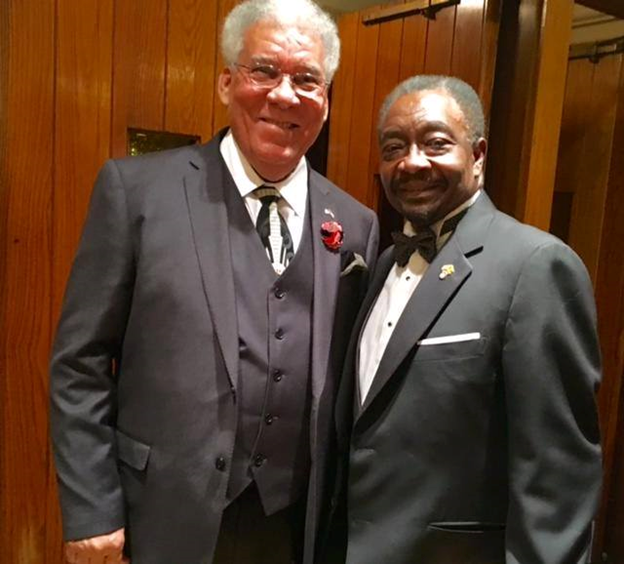 NEW YORK — At the special invitation of the Hon. N. Nick Perry, 13-term New York State Assemblyman for the 58th Assembly District of Brooklyn, New York, and Assistant Speaker “PRO TEMPORE,” the Hon. Forrester J Carroll, Bahamas Consul General to New York, along with his wife Dr. Valencia Carroll, attended the swearing-in ceremony at 6 p.m. on Saturday, January 14, 2017, marking the beginning of Assemblyman Perry’s 25th year in office. The event, an Ecumenical Service of Thanksgiving, was held at Holy Family Roman Catholic Church, 9719 Flatlands Avenue, Brooklyn. The service was followed by a gala reception and “thank you” dinner party in the auditorium of Holy Family Church. Consul General Carroll (left) is pictured with Assemblyman Perry with Forrester Carroll