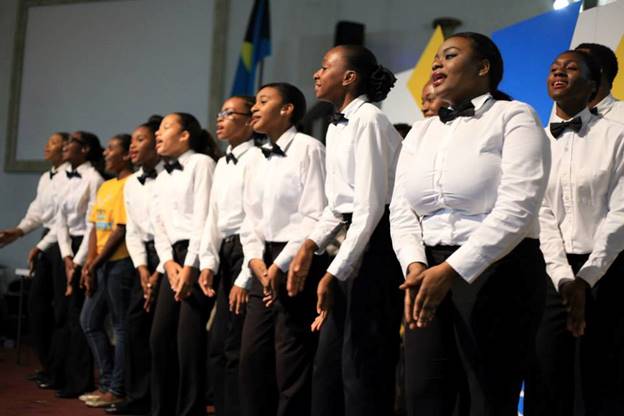 Three weeks ago on this site, we revealed that a Manager at Memories, the resort in Grand Bahama, had insulted a group of young Bahamians invited to perform at the Memories Resort property for Christmas with their director Kevin Tomlinson.  The expat manager told them when they were finished that they must get off the property.

That drew almost two thousand people to that story within a few hours, once we posted it on our Facebook site.

The result was the community of Grand Bahama went ballistic.  The story went viral.  Even the normally cautious Freeport News joined the fray and said that the Manager should go and that the manager should apologize for insulting the children.

Memories remained silent and to this day they have not apologized or admitted that their manager did anything wrong.  They need to apologize. They need to train their foreign managers in sensitivity training.  This seems to be the case in a number of properties where foreign interests come in, get generous tax exemptions, essentially revenue forgone for the benefit of the Bahamian people and then abuse Bahamians in the process. This is unacceptable.

The next thing that happened though is that the ire of the community seems to have promoted a review of the labour practices of Memories toward their employees.  The talk was that the manger was insulting to their employees, talking to them in an abusive manner.  The Department went in, headed by a high level team and made a recommendation to the Department of Immigration to revoke the work permit of the manager.

Last week, the Department of Immigration acted and revoked the permit of the manager. That was the right and just thing to do.  We understand he is unrepentant. The community is astounded that the Bahamians who are advisors to this resort property have stood silent in the face of it, giving no advice of how to make amends to the community.

Last week when we announced the revocation of the work permit, almost 3000 people viewed the story.

The Director of the choir Kevin Tomlinson told the Freeport News it was never about the deportation of the manager but about the respect that must be shown to the leaders in our community and to our children.

We hope the government sees the wider lesson  which is that notwithstanding the need for investments, you will lose the Bahamian people if you do not stand up for the dignity and wellbeing of Bahamians.