WHAT WENT RIGHT WITH THE HURRICAN RELIEF 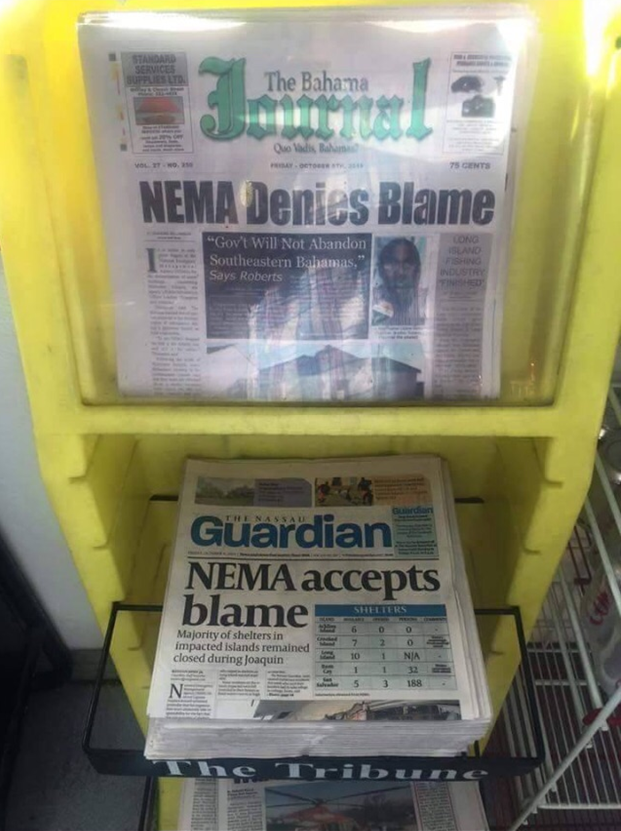 cialis times;”>We think the two contrasting headlines show the kind of mix ups in the hurricane relief effort that has now become part of the narrative, now that the immediate shock of the storm has worn off. It is natural, the evolution of the debate: could we have done better in the preparation and in the hurricane relief?  The answer is almost certainly yes but at the same time, there is something to crow about.  No one died. So whether that is a tribute to our systems and how well they worked or that it was just divine providence the fact is no on died.

We have to qualify that because it appears that 33 people did lose their lives on the vessel El Faro which inexplicably set off from Florida on a trip to deliver cars to Puerto Rico and never made it. Somewhere in the Crooked Island passage, they lost power, ran smack into the storm and were never seen again.  Why they left in the first place is inexplicable but there you have it.  No one died on land because of the storm.

Now the aftermath.   The good part again first.  The Bahamian people drew together and started to go to the rescue of their relatives and friends stranded and devastated in the islands of Crooked, Acklins, Long Island, San Salvador, Cat Island, Mayaguana, Inagua, Rum Cay and Exuma.  The main damage was to Crooked Island.  Long Island suffered but Crooked Island was devastated.

The MP for Long Island started off on her own.  That started a narrative that the PLP government didn’t care about the people of Long island.  That is a bunch of rot but in everything there is politics.  She seemed to be out of step with her own leader Hubert Minnis who said that in the time of the storm this was no time for politics, that people must draw together and he went on tours with the Prime Minister to inspect the damage.

Some useful if impolitic things were said by the Opposition. One of them that instead of all the separate private efforts that were causing a bit of confusion, perhaps everything ought to be channeled through official agencies.  He had to walk that one back.  Then his Deputy Peter Turnquest put his foot into his mouth when he suggested that the communities in some of the areas devastated by the Hurricane should not be rebuilt.  He should leave that to the College of The Bahamas professors; it is not stuff for a politician to say.

The telephone company BTC was at its best that is what it is best at, not keeping the phones on but good public relations.  They had this high volume PR stuff about them flying out to the islands providing relief and detailed announcements about getting the phones on.  The question that is more fundamental is why did they go off in the first place.  But never mind we won’t ask it.

Speaking about PR, the young PLPs were having a  field say about the failure of the Government in this regard.

The National Emergency Management Agency well they just seemed to be lost.  There is no other word for it.  The Prime Minister praised them for their efforts but one of his ministers Alfred Gray was having none of it.  He let NEMA have it. The problem may well not have been them but it certainly did not give the country the impression of an agency that was ready for emergencies.

So there you have it. Now the rebuilding begins and soon the politics will start getting in the way.  But for one week at least, everyone seemed to be pulling together to make sure that the people who needed relief got it.