WHATEVER WILL THE PLP DO?

the king” for someone else. 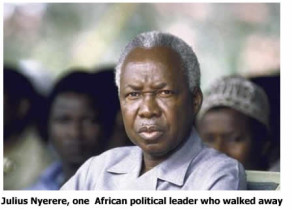 In addressing the Fox Hill Branch of the PLP once, Fred Mitchell MP for Fox Hill explained the reason that he wanted to invite his colleagues to address the branch at its monthly meetings. Melanie Griffin, Glenys Hanna Martin, Jerome Fitzgerald, Obie Wilchcombe, Ken Dorsett, Michael Halkitis, Keith Bell and Dr. Perry Gomez are all amongst those who have been invited to speak and who have spoken.

Mr. Mitchell told the branch that whether we (the PLP) have a succession plan for leadership or not, there is going to be a change of leaders one day.  Whether it is being done formally or not, the people of the party are always looking around to see who will be the next leaders of the party and who will be fit and proper persons.  Mr. Mitchell said that his effort to assist in the process was to invite the PLP Parliamentarians to the branch so that they could get to meet the people they will one day have to lead and for the people who will be led to get to know them.

On Monday 22nd June The Nassau Guardian led with a story and a picture over the fold with Obie Wilchombe, the Minister of Tourism declaring they said that he was ready to lead. Some days later the Deputy Prime Minister Philip Davis said he too was ready to lead.  The story on Mr. Wilchcombe seems in retrospect part of the narrative of the Nassau Guardian to push an agenda which is designed to suggest the following: the PLP is in disarray, its leadership is weak, someone must challenge Mr. Christie, and there is a need for a change of leadership.  A similar story is being pushed by The Tribune (see story on Tameka T 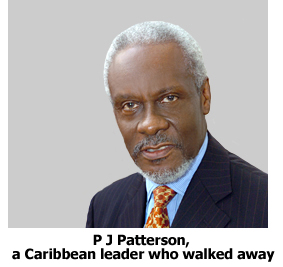 On one level, you might accept what the Nassau Guardian has to say on the subject because much of it in the absence of context is fair comment.  The problem is they are not honest brokers. They would be honest brokers if they were really interested in good governance. They are not.  They are simply interested in getting the PLP out of power and they set up situations every week to pretend they are honest brokers but at every turn they seek to damage and embarrass the PLP. There is no evidence to suggest that the narrative they push about the PLP or Mr. Christie is correct and true.

The next day after the story about Mr. Wilchcombe, they went to the most Senior PLP backbencher Leslie Miller who said that the Mr. Wilchcombe had no chance of becoming Prime Minister.  Mr. Miller openly supports Mr. Davis to succeed Mr. Christie and later told the press that Mr. Christie needs to make up his mind what he is going to do.

With regard to who will or will not be Prime Minister, no one can say never to anyone.  But it made a good headline.  Mr. Miller was quoted as saying: “I want to live forever too but that won’t happen”. The setup of the stories was designed to embarrass and divide. That has been the overall strategy of the Nassau Guardian.

When the Anglican Bishop Michal Eldon sought to get Archdeacon William Thompson elected to the office of Bishop, everyone thought it was shoo-in but the priests would have none of it and voted against him.  When it came time to choose a Bishop after Drexel Gomez, no one could have seen Laish Boyd as his successor but it happened.  Higher up who could have predicted Barak Obama as President of the United States. Point is.  You never know.  You never say never.

Over on its op ed page in the Nassau Guardian, the Hubert Ingraham agent that writes under the name Front Porch was pouring scorn on Perry Christie, the Prime Minister, saying that his “Bridge To The Future” on which he campaigned in the last leadership race had collapsed.  That is a shocking prevarication.  In a compelling argument put last week by Elcott Coleby, 93 per cent of those recruited in the last election by Mr. Christie are still his allies.  Seven percent, Andre Rollins and Greg Moss have left.  Front Porch claims that this represents a collapse. You go figure. Never let the truth interfere with a good story.

No doubt tomorrow when Candia Dames gets to have her say she will weigh-in on the leadership of the PLP and tell the country how the PLP is in trouble.

Life being what it is, is not neat.  This is not some Hollywood movie.  People would ideally want a situation like that of Nelson Mandela who said that he came for one term then left as he promised.  Or the model of Julius Nyerere, the former President of Tanzania, who demitted office after 25 years, went to his farm and become the elder statesman.  Or Lee Kwan Yu, the late former Prime Minister of Singapore, who stayed on as senior minister in the Cabinet and then left office and sat in the background as an elder statesman.  Or closer to home P J Patterson of Jamaica who announced in his third year in office  in his fourth term that he was leaving and superintended the process of the election of his successor, then left Parliament.  In Britain, Tony Blair left office and allowed Gordon Brown to have a chance as PM then to fight the general election. Further back, there is Margaret Thatcher, the British Prime Minister, who provided a different example.  When faced with a revolt, she called an internal election; she won but won with such a slim majority, she knew the game was up and decided to leave.

While there are examples from history and around the world, each case is different and this is The Bahamas with a Bahamian Prime Minister who is the unchallenged leader of the party and who has not indicated that he is leaving.  His own party members, and particularly those who are his ministers who have said they want his job, have indicated that he can stay as long as he wants to stay.  In fact, both Mr. Wilchombe and Mr. Davis pointedly told the press the next day after the headlines that they would not challenge the incumbent for the leadership.

Fast mouth Frank Watson, the former Deputy Prime Minister under the FNM, got into the PLP’s business by talking to The Tribune on Friday 26th June.  He thinks that Philip Davis is the man to beat for the race to succeed Mr. Christie. The article was superfluous and irrelevant save for one thing.

That one thing is for the critics of the PLP and those who want it to lose, to continue the narrative of dissolution, diffusion and confusion in the PLP.

One day whether any of us likes it or not, the bells will toll for the incumbent, and the bells will toll to ring in a new successor.  No one knows the day or the hour.  Politics is a fortuitous business. So the best that can be said at this time is that preparation and review will go on whether we like it or not. That is the point that Mr. Mitchell made to his branch members.  When the opportunity comes that will be the time to say: “I am ready”.