WHERE DOES THE PLP GO FROM HERE? 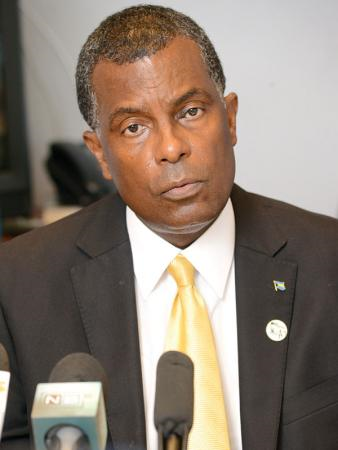 The following statement was issued by the Chairman of the PLP following the vote in the House of Assembly on 14th February 2018 when the FNM voted to support homophobia, personal attacks and personal indecency. By the way 7 people did ot show up for the vote though they later said if they come they would have voted for it. One MP said that he had to spend Valentine’s Day with his wife. We guess he is not a pervert and a reprobate. The PLP Chair said it was a question of values:

The FNM did not get it yesterday. They missed the lesson. The irony of passing a vote of confidence in the Speaker of the House and then the Speaker gets up and apologises for his “hurtful” remarks.

The remarks were more than hurtful but injurious and inimical to the values of our country. It is much more fundamental than saying sorry and moving on. Sorry does not make it right.

We want to say to all PLP supporters, members and persons of goodwill across The Bahamas that yesterday’s vote was about values. What kind of values do we support? Yesterday showed that the PLP voted for grandma’s time worn formula of good manners which she said would carry you around the world and common decency.

The FNM with their Parliamentary sleight of hand yesterday missed that lesson completely.

Having read the latest dispatch from the Chairman of the FNM, he must have slept through all that happened yesterday.
Some observations of what transpired in the chamber were powerful. In particular the body language of the front bench in response to the subject matter and the obvious discomfort that they had been caught supporting the wrong values.

The Speaker also missed the lesson. He thinks that he has the right to forgive. It does not lie in his mouth to do so. He is in fact the author of the conflict and the aggression. It is the victims of his abuse or “hurtful” remarks to say whether they forgive him.

The PLP put a case for the values that can be summed up as common decency. The Government had no answer to the PLP’s case. They were condemned by their silence.

North Abaco MP James Albury, Freetown MP Dionisio D’Aguilar, Long Island MP Adrian Gibson, North Eleuthera MP Ricky Mackey, Pineridge MP Frederick McAlpine, Marco City MP Michael Pintard and Pinewood MP Reuben Rahming. These men all have to answer for their absence during the vote.
We exclude Mr. McAlpine to some extent because he did try to ferret out a Solomonic solution but everyone should have been there for the vote.

Thank you again for the support of our four members. Philip Davis has the lead the team. Our Deputy Chester Cooper, and MPs Picewell Forbes and Glenys Hanna Martin are to be congratulated for their discipline and for staying on message.

As we move forward, let us not forget that we are a band of brothers and sisters and once more we stepped into the breach to fight for our values of equality, brotherhood, sisterly love, common decency and good governance.

We ask all supporters to stand by for further instructions on the way forward beginning with our public meeting this evening at 8 p. m. at Gamiber House, Headquarters of the PLP.
End