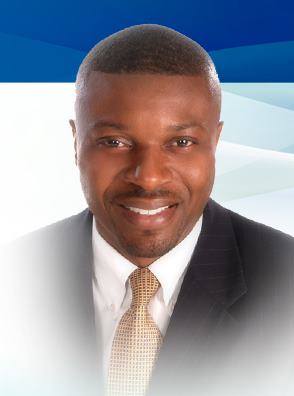 best cialis times, serif;”>This post appeared on the Facebook page of the former FNM Minister in the Hubert Ingraham led government about his present political status and the FNM:
August 11 at 2:47pm

So here is an interesting thing. When I was 17 years old, I went to a meeting held by the late Cecil Wallace Whitfield, leader of the FNM, to hear his plans for the country. At 18 years old, when I cast my first vote, I did so for Maurice Moore, the FNM standard bearer for High Rock. Four years later, at 22 years old, an FNM MP came to me and asked me to work with them to encourage young people to register to vote. I did. I formed the organization “Youth Who Care” and we went on a campaign to encourage young people to vote. The effort resulted in the first time FNM and PLP candidates were brought together to hear the voices of young people and have young people hear form them under one roof in Grand Bahama.

In 1991, the FNM asked me to speak at its Grand Bahama convention. I did and delivered a speech that was replayed by the party nationally for all the country to hear. Some believe it made a real difference in encouraging young people to break with their parents in voting for change. At 23 years old, i voted for the second time and voted for Maurice Moore, the FNM candidate for High Rock. Every other time in my life I voted, I voted FNM. In 1995, the the FNM’s leader invited me to run for the party in the upcoming 1997 general elections. I did and won and became a cabinet minister in the FNM administration. I ran again for the FNM in 2002 and lost.

Between 2002 and 2007 I continued to be a voice of opposition. I determined not to run and to attend to my personal affairs but was heavily called upon by FNMs to run and following a number events, I decided to do so. I ran and won and was appointed to the Cabinet. In 2012 I ran for the FNM again and lost. I reluctantly accepted an appointment to the Senate, seeking to be helpful in the party’s effort to defend itself.I stayed for six months and resigned to attend to my personal affairs.

My life as a voter and public servant has been dedicated to the FNM. I was FNM and served the FNM when many who now lead the FNM could not be found as a face, much less a voice for the FNM. Some who ran on the FNM’s ticket last election, I help snatch out of the very jaws of the PLP. I am FNM. I believe in the FNM.

This notwithstanding, I will not promote what is not good for The Commonwealth of The Bahamas because before I am FNM, I am Bahamian. I will also not let people who don’t know sacrifice to question my dedication because I don’t support their person. I did not stay out of politics getting rich and then take up politics as a hobby. I sacrificed my most productive and best private sector earning years to labour for my party and my country, like many of the great FNMs did. I raised four children while serving The Bahamas and braved earthquakes, chemical attacks and many hours away from my family to serve our party and country.

I welcome newcomers to the political process but don’t let your zeal exceed your knowledge. I was once a newcomer. I know the energy and excitement of it. You do not know many things and if you hang around long enough, you will come to know many things.

Those of you who are out there cussing, insulting and bringing people down with personal attacks are damning The Bahamas. Your areweakening The FNM and you will severely bruise it leading into the next election. Your ugly and disrespectful bulling will not win the day.

How can you say that when the FNM win under Minnis, it will be payback time? How can you believe that when MInnis wins some of us will be shame and drop our jaws? Win, lose or draw, people’s views are what they are. Minnis can promise me nothing to change what I believe to be true. I seek nothing. If I wanted something from the political process, I have had more that ample opportunity to take it in the past and now. I have been invited by those now in the arena to do so.

I am not jealous of anyone. I envy no one. I am out of politics by choice today and seek nothing from it. But I am Bahamian and have a voice that is free to comment on anything I wish. I will comment. Do good and I will commend. Do bad and I will commend. Be sure, my voice and writing will continue and bullying me or bad mouthing me will not change that. In fact, it will only firm up my resolve that what I am writing is true.

What is interesting to me is that, the people who criticize me say that I have no influence; no one likes me; no one wants to listen to me; I am a part of the elite establishment that people rejected; and I am not on the in. If all of this is so, why are my writings attracting so much venom by these people? If I am not being listened to, then there is nothing to be concerned about.

The FNM is a shadow of itself today. It is weak and fractured and bitter. I am FNM but I will not support nonsense.