BRADLEY ROBERTS ON THE PROTESTORS 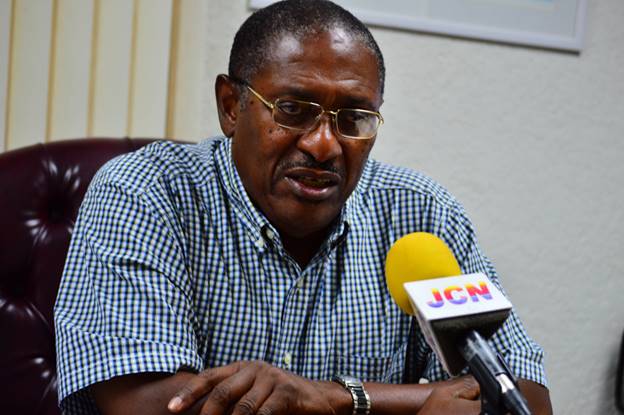 HUBERT MINNIS AND HIS DESPERATE SCRAP GANG ARE NOTHING MORE THAN LAWLESS VANDALS. HE STANDS CONDEMNED IN THE STRONGEST TERMS FOR HIS ACTIONS. HE IS HELD RESPONSIBLE FOR FOMENTING AN ATMOSPHERE OF HOSTILITY THAT CULTIVATED CRIMINAL AND DISORDERLY CONDUCT.

On the one hand the opposition leader decries the high level of crime and the fear of crime in The Bahamas only to turn around and incite and foment an atmosphere that facilitates and encourages acts of criminality for cheap, selfish political gain. Apparently, no thought was given to the reputation of the country and the bigger picture.

The record clearly shows that Prime Minister Christie quickly intervened in the Cabbage Beach access matter and the property owner, Access Industries, agreed to allow the vendors access to the beach until a permanent solution could be negotiated that is a win-win arrangement for all stakeholders involved. In fact the property owner opened the gates to allow the vendors to access Cabbage Beach.

In light of this decision and the foregoing that are all a matter of public record, it would be very interesting to hear Dr. Minnis explain his motivation and the principle on which stood when he and his crew committed, aided, abetted, incited and encouraged this criminal act of vandalism when the perimeter fencing was torn down. The video evidence is on social media for the world to see.

The decision making ability of the leader of the official opposition was on full display for the world to see via television and the internet. Over the last two days, there were FNM operatives in the midst of a grouping of people who blocked access to the Sir Sidney Poitier Bridge, resisted arrest and rioted with the police, then vandalized private property.

If Brent Symonette is confused about a spectacle that is a “growing national embarrassment,” the Cabbage Beach debacle under the directorial debut of one Hubert Minnis should relieve him of all confusion. That movie ended very badly – hurting The Bahamas tourism brand; hurting the country’s international reputation and portraying our people internationally as lawless and uncivilized.

This entire debacle must necessarily be placed at the feet of Hubert Minnis; he is a bad and desperate political actor and director. The PLP disassociates itself from this unfortunate spectacle as NOT being representative or typical of how the Bahamian government conducts the country’s national business. Having restored The Bahamas tourism product to elite status in the region, the actions of Dr. Minnis unwittingly undermined and threatens to unravel the gains and momentum secured by the PLP government on behalf of the Bahamian people.

The Bahamian people in their wisdom must not and will not allow Dr. Minnis and the FNM to succeed, however unwittingly.