BRAVE CALLS OUT MINNIS ON THE NASTY FNM TACTICS 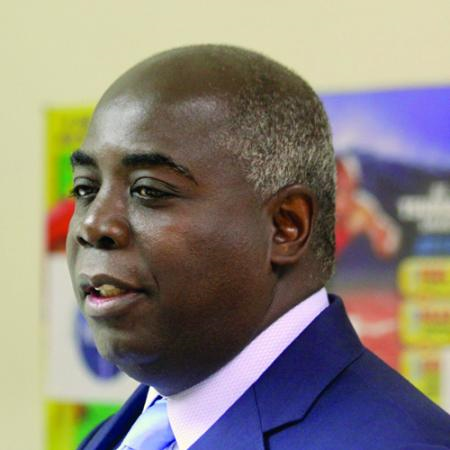 Re:- Arrests of Former PLP Members of Parliament

Dear Prime Minister:
I write to you in reference to recent events surrounding the arrest and incarceration of former Deputy Speaker, Dion Smith, and former Minister, Ken Dorsett.

There are a number of points that I should like to make to you in that regard. I set them out as follows:

1. I would be the first to agree that where there is reasonable – I repeat,
reasonable suspicion of criminal misconduct, it should be thoroughly and rigorously investigated, including taking into account, however, explanations that may reveal that what was originally suspected to be criminal is, in fact, nothing of the sort.

For example, monies originally suspected of being a bribe may actually turn out to be perfectly lawful political donations made in the middle of a general election campaign. Where the facts lead to such a conclusion, it is not only irresponsible, it is, in fact, criminal to persist in pressing charges against the persons under investigation.

Moreover, where such abuses of power occur, the offending parties, be they police officers or politicians, need to understand that there will come a day of reckoning for them as well. What goes around, comes around. And let me hasten to add that that is not a threat. It is instead an immutable law of the moral universe, one that is sometimes expressed in these words: when you set out to dig a grave for your enemy, dig two. Those who are committing these abuses should therefore understand they cannot do so with impunity. To use your own words: where you do wrong and abuse your position, there are consequences.

2. The second critical point that needs to be made is this: where an investigation into the alleged misconduct of Ministers or MPs is indeed justifiable, it is of the first importance that the investigation be conducted by the Police in a manner that is completely free of political contamination.

Already, however, in the cases of both Dion Smith and Ken Dorsett, there are disturbing indications that political considerations may have influenced the manner in which these matters were handled.

Indeed, at least two senior members of your Cabinet have spoken publicly about these matters. Indeed one of them went so far as to inform, I dare say ‘gloat’ the public last week to stay tuned because there are more to come (meaning more former ministers are being investigated and will likely be charged).

Who told him that? And what was he told that gave him the confidence to publicly declare that the investigations will result in criminal prosecutions? Has the Minister in question been in touch with the Police on these matters? Has he received information from the Police as to the quality and weight of the evidence they have, and the number of persons who are under investigation? If so, the Minister has committed an egregious abuse of power for which he is accountable.

3. Thirdly, I must protest, in the strongest possible terms, the absolutely disgraceful manner in which Dion Smith and Kendred Dorsett – both of them members of the bar in good standing without any prior arrests – were treated while in police custody. In the case of Dion Smith, who has since been cleared of wrongdoing, was made to spend a night in jail even after it had become unmistakably clear that that there were no reasonable grounds for believing that he had committed any criminal offense whatever. Indeed, his release from custody on the day following his night in jail was further delayed because the attendance of a police officer at a funeral was deemed more important than the liberty of the subject; the liberty of someone, mind you, who ought never to have been detained in the first place.

The more recent case of Ken Dorsett is even more egregious. Firstly, he was invited to the police station ostensibly for an “interview” only to be arrested and thrown into jail on 9 counts which his lawyer has assured me have no hope whatever of succeeding and are in every sense of the term “trumped up charges”.

As if that were not bad enough, Ken Dorsett was handcuffed when there was absolutely no basis for considering him a flight risk. On the contrary, he had been fully co-operative with the Police in their inquiries.

To make matters worse, Ken’s arraignment was deliberately timed so that he would have little time to seek bail, thereby providing the pretext for holding him in custody for yet another night.

But worse was still to come.

Ken was thrown into jail and spent the night in the general prison population with no concern whatever for the special security risks that this might pose for him so soon after a General Election which you yourself have said has left many people filled with anger and hatred for former ministers of the PLP government.

Was that a wise course of action? Or was someone perhaps hopeful that something untoward might happen to Ken while he was in with the general prison population.

But matters still got worse. After his second night in custody, Ken was paraded on the prison bus through the streets down to Bank Lane. He was deliberately left to languish by himself on the prison bus in full public view, in what was another manufactured case of public humiliation of a man who then, as now, is presumed to be innocent.

But even worse followed. Ken was taken before Her Ladyship Carolina Bethel in manacles! The Judge was so outraged by this spectacle that she ordered the manacles to be removed at once. She then proceeded to inquire as to why Ken had been brought before her in such a manner. She then scolded the Police and reminded them that the Privy Council on their recent visit to Nassau had deplored in the strongest terms the use of manacles where there was no basis for believing flight risk to be a factor.

Only after that intervention was Ken unbound from the manacles.

I want you to know that we are investigating this matter and have already uncovered compelling evidence that there was political involvement that resulted in Ken being treated in the shockingly uncivilized way that he was.

There are consequences for these things too. And mark me well: the persons responsible for what I have described will one day stand before the Bar of justice to answer for what they have done – and are still doing.

4. Fourthly, the matters that I have laid before you obviously call for speedy remediation lest wayward persons on the Police Force and the offending political personalities involved continue to engage in the thoroughly dangerous, unconstitutional and criminal abuses such as have already been inflicted on Dion Smith and Ken Dorsett.

As these matters touch the very heart and soul of our entire constitutional system, our civilization even, I hope you will accept my invitation that we meet as soon as possible, at your convenience, to discuss how public confidence in our system of law and order and in the Police as our impartial protectors can be better secured.