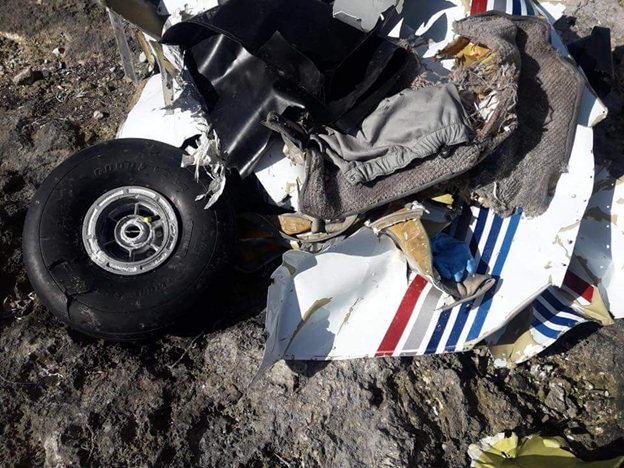 The news of tragedy spreads fast in The Bahamas although sometimes with a delay. The account seems to go like this on Wednesday 17th     January, six people including the pilot got on a Piper Aztec piston engine aircraft and took off for a ten minute flight to Nassau from North Andros.  The weather was bad.  Within ten minutes, four miles off Mastic Point, the plane fell out of the sky and disintegrated. Three bodies have been found floating in the waters off Andros.

Hackers, our local name for illegal charter pilots, sit at general aviation in Nassau and hackers sit at the San Andros airport, Civil Aviation knows it. The travelling public knows it.  They are both complicit in allowing people to jump on these hacker piloted aircraft and simply flying into their destiny.

It is routine in so many ways.  However it is not until an accident like last week’s that many people forget that flying through the air at 300 miles an hour is not a normal natural thing for man.  It is a machine doing our work for us and with a simple mistake, the routine can go horribly wrong.  Horribly wrong it did. That is why so much training and regulation of equipment use is imposed.  To eliminate the margin for a mistake to be made.

The photo shows what is believed to have been left of the Aztec after it found its way by misadventure into the waters off North Andros.  The waters are 6000 feet deep at its deepest point.  The currents are strong.  The weather was bad.  Three bodies have been found, pieces of others and they are still looking for the rest.  On Saturday 20th January after the search was formally called off, another body floated up on the shore.

It made great headlines in the press. The talk of tragedy and appeals to the Lord God Almighty.

The Progressive Liberal Party extended its condolences to the families.  The Member of Parliament Carlton Bowleg said that he was sad because he knew all these people and some were his family.  He even shed tears as he spoke. The Prime Minister said that he was going to visit the families and he did.  The usual tragedy routine, except chances are it all could have been avoided.  We will know when the investigation is done.

‘Meanwhile in Bimini on the evening of Tuesday 16th January, in Bimini which sits at the edge of the United States and therefore bears the brunt of any cold front coming in, and during the some bad weather, folks were having a party on the water’s edge.  Someone told William “Stinky” Stuart that his boat went adrift in the harbour.  He and another man went in a paddle, less than 15 feet in length in that rough water and tried to chase the other boat down just at dusk.  People sat and watched them go out to sea.  No one noticed that they never returned.  It was not until the son of Mr. Stuart at about 9 p.m. had not heard from him that the alarm was sounded.  There are no rescue craft in Bimini.  Defence Force has no boat.  Others had no boats with running lights.

Bahamas Air Se Rescue Association, the volunteer service known as Basra, which has access to such a boat took to the sea and searched until 1:30 the next morning.  To no avail.  At first light, they found Mr. Stuart’s body in the mangroves.  He had apparently drowned.  They have not found the other man.

We have been here before.  Every time there is bad weather, the authorities tell us there is what is called a small craft warning.  Do not go into it.  That means in case we don’t know it Pier Aztecs and little boats in Bimini.  Yet we do it again and again.

Myles Munroe, the preacher who had all the answers, went to his death, ended up in a garbage dump in Freeport ignominiously for a famous pastor, because his pilots had the hubris to ignore mother nature, that the creator controls, and went round one more time into the Freeport airport in a blinding storm even after Bahamasair had turned back, aborted its approach and turned back to Nassau. The co-pilot even shut the warning off.   Nine people dead on 9 November 2014.

It is clear that after the Myles Munroe tragedy we did not learn a thing. Those six people still in North Andros went into that plane in bad weather.  The talk is the pilot was not cleared to fly by instruments. The talk is he just got his licence the last year.  Was he   licenced to fly charters?  Did he have insurance?  Was the equipment in good working order for an old plane? Civil Aviation Authority has a lot to answer for.

We have complained about the regulation of the sector by Civil Aviation. The week before another Aztec went down in the Berry Islands. This time the six people on board were able to walk back to land.  The week before that flying in bad weather, a plan skidded off the runway in Governor’s Harbour, Eleuthera.  But there are too many accidents in this country and it appears that Civil Aviation is not doing what it should to keep the public safe.

This includes a concern for airlines that fly commercially as well. The regulatory environment does not seem sufficiently rigorous.

The other point we make is a general one.  We as individual citizens have to act to keep ourselves safe. Do not jump in any aircraft, any old plane with any old pilot. Only go on licenced, insured operators.  Do not jump in boats without flares, radios, supplies and engines and emergency equipment.  When you go missing, you put other people’s lives at risk looking for you.  It is wrong and selfish.  You cannot avoid an accident always but we can do things to minimize our risks.

The police say that is the message they will give in Bimini going forward.  We would suggest in North Andros similar messages need to be given.