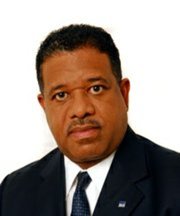 Philip Galanis’ words from one of two forays into the press over the past week about the leadership race in the PLP as reported in The Tribune 23rd September:

“I fully support a challenge to Christie. We want the best person to lead the party in the next election, and the only way to confirm that is for the leader to be tested.

“A lot of people are disillusioned and disappointed in the way the government has been managed. A challenge would require the leader to address the issues that the delegates will put to him. If not, it’s not likely that the very important issues we need to address will be addressed in a clear and coherent manner.

“It has to be discussed. If we continue on the trajectory we have been on for the last three years, we are bound to lose the next general elections.”

“If anything we’ve lost ground [since the last general election] and we will garner less seats. “We have to be honest about who we are and what needs to be done. There has to be a bold determination to get rid of the ones that are not best suited for the job.

“It’s important to recognise that there is no divine right to leadership. Some people in the PLP believe they are entitled to certain office. No one is entitled to anything, only to hold the office of which you are elected and then, at the end of your term, to provide an accounting for your stewardship.”

“If anybody is putting the gun to his (Christie’s) head, he is.

“He is the one that said he would go three years into this term initially, then he recanted from that and then said this 2012 campaign would be his last. He’s changed his mind, which he has a right to do, but just as it’s his right to change his mind, it’s anybody’s right to challenge him.”