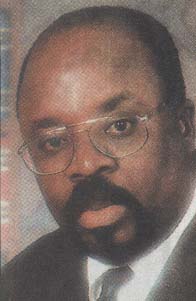 Fifty years ago…when I was 20, and Bryan was 22…the murder count in the Bahamas for two years was perhaps around 10.   We were not breaking into people’s homes at night while they were sleeping.  Residents of this “used to be” Paradise were able to take evening strolls down our dark streets…(we didn’t have too many streetlights then)…with no fear of being mugged, robbed or even shot.

Those were different times…

Fifty years ago…Bryan had just won a small amount of independence from the venerable Horace Wright, and I was still struggling to wrest a smaller amount of freedom from Arnold.

We were able to do this mainly through involvement in sports, after ensuring our homework and studies were done…and we were able to sit on the playfield with the older players who were arguing sports and drinking beers.

We couldn’t drink then…

But later on… on Saturday afternoons we were a bit older….had gotten a bit more independence…and were arguing sports …and began drinking a few beers …but on Sunday Mornings we were in Church!

But We never left our “brought-upsy”  at home.

I have sought to contrast these two time based snapshots of our little country, because all people, no matter where they are on this earth, love to think back to the “good old days” much like King Arthur  when he sang of Camelot in “merry old England”…

I wish to propose to you this morning my friends…That we should look at Bryan A C Wright as the “King Arthur” of our “Bahamian Camelot”.           He was our reminder of the “Good Times”…of which King Arthur Mused;

“Each evening, from December to December,
Before we drift to sleep upon our cots,
Think back on all the tales that you remember
Of that Camelot.”

The few of you who may know my Mother, would know that she was a woman with an elephant memory…there wasn’t much that she heard or found out, or people she may have met / between 1926 and recent times that she could not remember…she had ten boys…but today she cannot call any one of them by name and and get it right on the first try.

Well…a few months ago as we were leaving my Brother’s funeral…Bryan held her hand and asked “Mrs. Wilson…Do you remember me?”  …. We could see the wheels in her head turning…before a small smile appeared and she whispered to me…”Is this Good News?” that was, a name she had given Bryan about 13 years before around 5:30 one morning when Bryan pounded his horn in front of our house on Palm Beach Street until someone got up and she asked who it was..

“Good News”….that was a name Bryan cherished to the end…and I am sure many in this sanctuary may be able to tell of the joy Bryan got from also bringing them Good News.

I sought help in trying to define what I saw as the Philosophy by which Bryan Lived and I found it in the works of Ayn Rand, a Russian American- Philosopher’s who proposed that…a “man has no right to exist for his own sake, …that service to others is the only justification of his existence, and that self-sacrifice is his highest moral duty, virtue and value.”

His childhood friends…especially those who may have had some setbacks like “Muggins” and “Pegs” know how caring and thoughtful Brian could become…The Bible states emphatically that “A faithful friend is a strong defense: and he that hath found one hath found a treasure.”

We who counted ourselves as Brian’s friends…knew we had a treasure.

….Then there was the DALTONS…a group which had been given the name of an outlaw cowboy group that many of us (older friends) would remember from the old “black and white movie days” at the Nassau Theatre.

You would recall that earlier in this tribute to Bryan…I pointed out, how in an established Bahamian tradition “the boys” would gather, originally under a cool tree on the park, to begin heated sports discussions about baseball, basketball or even cricket.

As the arguments got hot, we poured Beer on it….and I feel that here would be a good place Reverend to confess that generally the more heated the argument became the more beer we poured.

This was a rite of passage for young Bahamian men where we learned to hone our opinions and defend them without rancor, animosity or violence.

Leaders began to evolve from these weekend assemblies on the ball fields across Nassau. These individual were magnets to their friends and team-mates.  They did not only become Captains of their teams, but beyond that became persons of influence in their communities, their churches and their families.

Some of them moved on and became more than family and community leaders.  They became political, religious and civic leaders and were active peacekeepers in their various communities.

Bryan was one of such person. And although he never displayed the desire to move up the leadership ladder outside of his circle of family and friends, his leadership was obvious and pervasive in any gathering in which he found himself.

“ The challenge of leadership” it is said, “ is to be strong, but not rude; be kind, but not weak; to be bold, but not a bully; to be thoughtful, but not lazy; to be humble, but not timid; to be proud, but not arrogant; and to have humor, but without being stupid”.

Bryan was a classic example of these criteria in every sense.

HE was a text-book leader…any student conducting a serious examination of the elements of leadership who would have applied them to Brian would have been baffled…by his grades on these principles contrasted to the recognition that his only aspirations was to simply to be an ordinary citizen…an ordinary person… one of the boys.

Christian Nestell Bovee an early American scholar said “example has more followers than reason”…he must have known Brian! …as he went on to outline what he termed the “Six traits of effective leaders: 1. Make others feel important 2. Promote a vision 3. Follow the golden rule 4. Admit mistakes 5. Criticize others only in private 6. Stay close to the action because example has more followers than reason.

These were Bryan’s trademarks…and as the new era of Satellite and Cable Television came, we no longer had to listen to the games through the static of an old tube radio…or watch it come and go on a snowy antenna TV, we were able to watch the start of the NBA season or the Playoffs to the World Series…Live and in Living Color as the jingo claims.

This is exactly what B Wright was doing when his number was called last Wednesday evening, sitting among his beloved Daltons, and drinking a few beers, laughing and throwing good natured cracks back and forth…then Bryan just rest his chin on his chest and seemed to drop to sleep……….And he was gone….

About three days prior to this…Bryan placed the following Post on our Group chat:

Boy …if we only knew. A number of young men had worked their way into our group over the years, and even one young lady, all of whom Bryan took under his wings, coaching, scolding, mocking and teaching.

I think of one young man, just back from school, positive he knew everything, who went to work with Bryan at National Insurance.  At first most of us thought this young man was brash…and some thought he was just rude and were starting to figure how to discourage him from coming around the group.   But Bryan stepped in and said he liked him…he was alright.  We had to put up with him for a few years like that until Bryan’s moderating influence took effect… Bryan took a quiet unspoken pride that that very same young man sits as the Chairman of the National Insurance Board today.

We all have memories of Great and iconic men who passed through our chain of islands…some were Educators (like Bryan’s father), some were Religious leaders, some Labour leaders, some Political Leaders, all of whom you would have read the accounts of their deeds in the daily Journals.

However, I submit today Bryan A.C. Wright is also one of those Great and Iconic men even though he never made headlines and was not the subject of countless stories.

I read in the obituary that Bryan had an extraordinary memory and was good with numbers…so so true. In fact he knew from memory the ages and Birth dates of perhaps half of the population of the Bahamas.  Friends and strangers were constantly badgering him for someone’s age…because they had a dream the night before.

And let me advise any of you out there rushing from this funeral to see if Bryan is going to make you rich…You know Bryan…. He’s just sitting up there laughing.

An ancient Chinese proverb states A man should choose a friend who is better than himself for There are plenty of acquaintances in the world; but very few real friends.

Bryan was my friend…

For those of you who may not know…I take this opportunity to let you know that Robyn and Kippie have received the Chairman and are now organizing our other Branch.

To my Friend we Daltons say:

We will think of you often
and make no outward show,…
But what it means to lose you,
no one will ever know
You wished no one farewell,
not even said good-bye,
You were gone before we knew it,
and only God knows why.
You are not forgotten
nor will you ever be,
As long as life and memories last,
We will remember thee.