GOVT. TRIES TO PUT ON A GOOD FACE ON JOBS 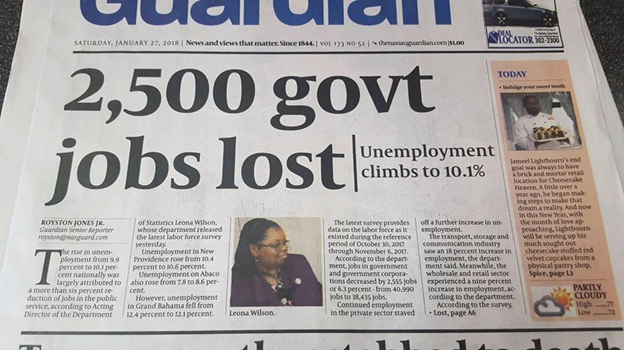 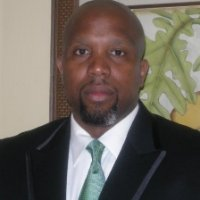 The following press release came from the Ministry Of Finance that runs the Department of Statistics on 26 January 2018. They released it on a weekend when the new sis dead so that the fact that there is unemployment on the rise, people would not take heed. But it’s right there in black and white. Under the FNM unemployment is up:

Since our last survey report of May 2017, there was an increase in the number of employed persons in the Bahamas by some 3,575, with the employed labour force moving from 200,155 persons to 203,730 persons, or by 1.8%. However, this growth in employment numbers was not sufficient to cover the net increase in available labour with school leavers entering the work force, leading to a marginal growth in the unemployment rate from 9.9 percent to 10.1 percent, compared to last period under review. Two of the three most populated islands that were surveyed experienced increases in their unemployment rates, and one experienced a decline. At the time of the survey (October 30- November 6, 2017), the rate in New Providence was 10.6% and Abaco 8.6%. However, Grand Bahama’s unemployment rate declined slightly from 12.4% in May to 12.1%.

The private sector absorbed most of the new jobs since May 2017. However, when examined by industry, the “Transport, Storage and Communication” industry posted an 18% increase in employment; while “Wholesale and Retail” industry posted a 9% increase in employment. The number of persons employed in the Government/ Government Corporation sector decreased from 40,990 to 38,435.

Unemployment among youths (15-24 years) in the country continued to be considerably higher than any other age group which is common to most countries. However, their rates increased from 20.1% in May 2017 to 22.0% in November.

Discouraged workers in the country increased by 5.7% over the six-month period. New Providence and Grand Bahama experienced increases in the number of discouraged workers- 2.9% and 8.1%, respectively. However, discouraged workers in Abaco declined by 9.7%. These persons, according to the standard definition of the International Labour Organization (ILO), “did not look for work because they believed no jobs were available for them.