HUBERT MINNIS  IS OUT OF HIS LEAGUE 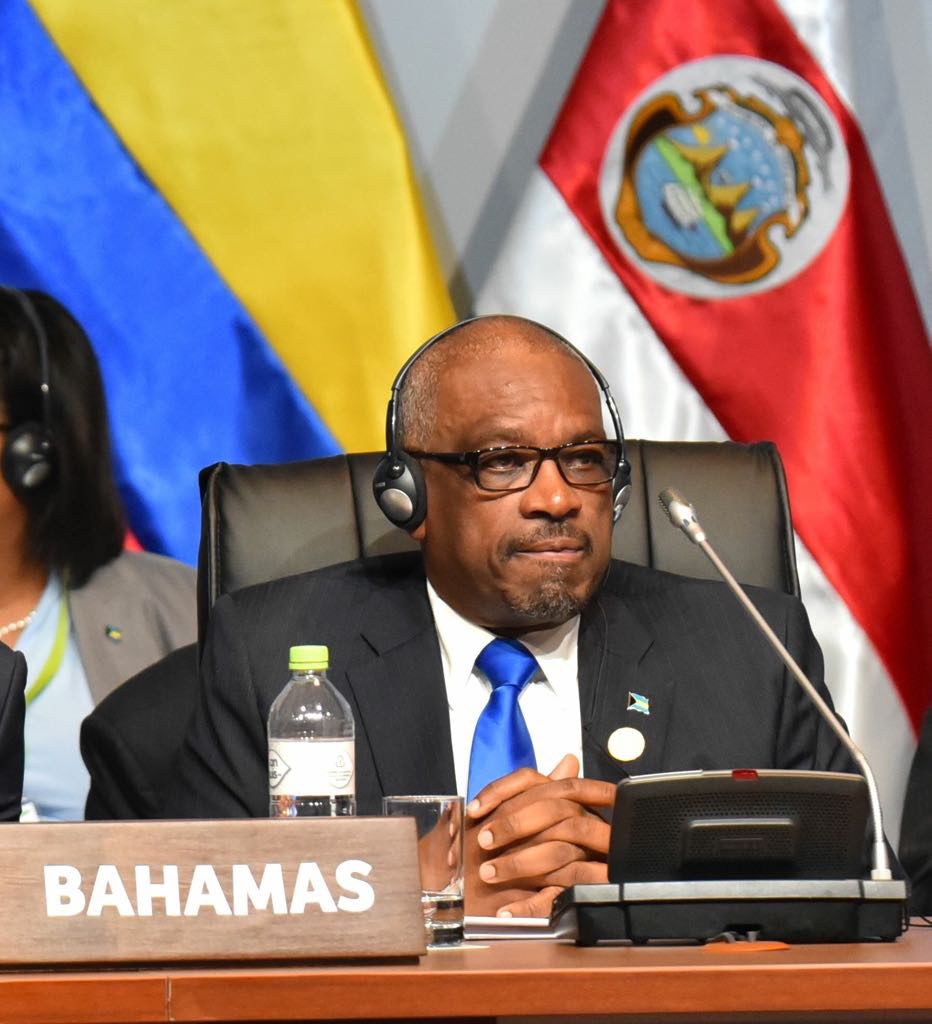 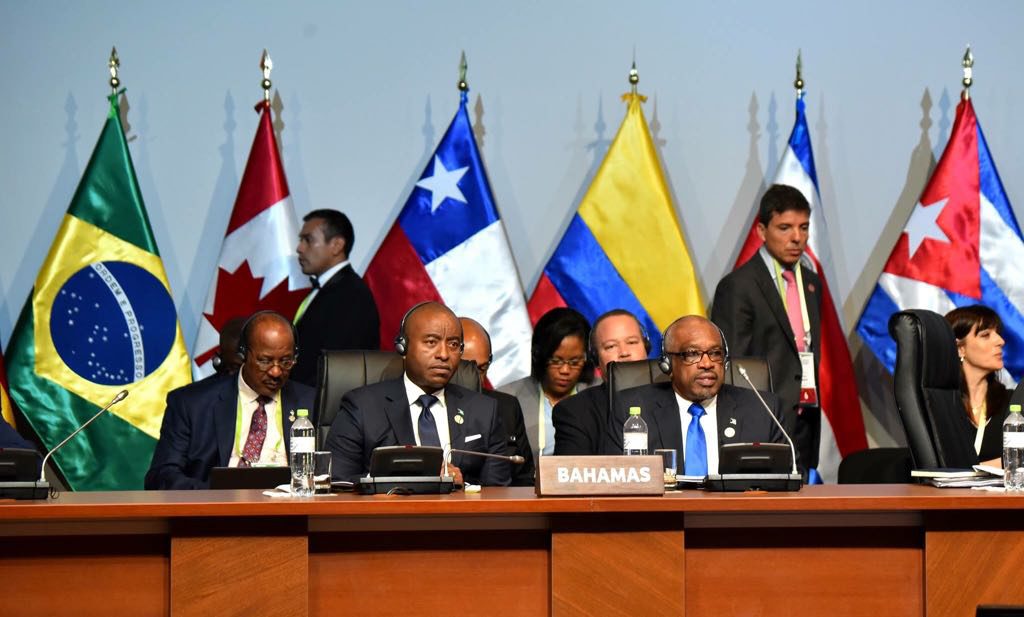 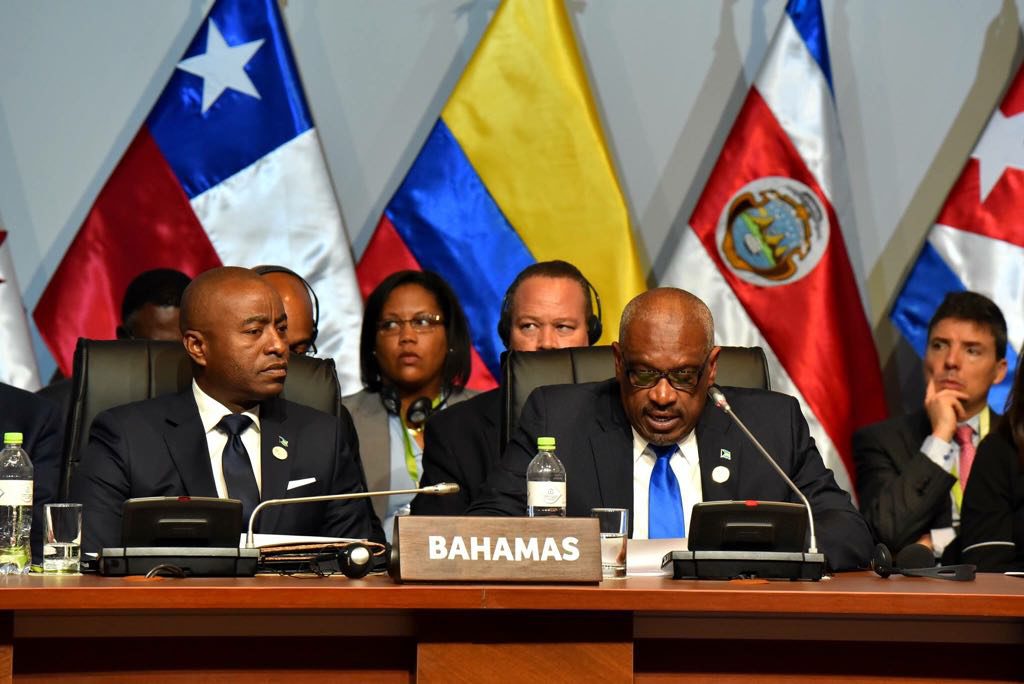 Recently the media has released that the Prime Minister, the Hon. Hubert A. Minnis has lead his inflated delegation (that we know about) to Lima, Peru for the Summit of the Americas. This is a meeting where, various world leaders congregate to discuss bilateral and multilateral matters of importance to The Bahamas. This one of many opportunities national leaders of The Bahamas has with other leaders to lobby for agreements to help solve national issues that we may not be able to solve on our own. Further, this presents an opportunity for our leaders to present their views on world issues and to show that we’re not just a vacation spot for sun, sand and sea but a viable small nation that can protect its sovereignty in the face of many giants. But of course, being ‘diplomatic’ with it all.
With that said, here we have the Prime Minister of a country of less than half a million people, meeting with leaders of countries with a population of at least a million, discussing trivial matters that, which we are sure, of no value to them.
For example, according to the webpage of the Canadian Prime Minister, the two leaders discussed the Venezuelan crisis. However, after discussing such an important matter, about an oil producing country, on the heels of a failed attempt with the OBAN deal, our ‘good’ PM decides to tell about this ‘Delivery Unit’ that he set up in his Office, which has no logic or justification of the use of the public funds.
What about the Canadian banks overcharging Bahamians? What about educational agreements for training for public servants to build their capacity? Instead of downing your own people on an international scale, invest in them to improve their ability to deliver public goods and services to the public. This man and his crew are
simply out of their league. It’s like someone telling their friend that they built a swing in their backyard after they were told  that the other person was investing in prime real estate. Seriously?
Did he even seek the direction or advice of thr technical officers that accompanied him? Or were they there just to put  a façe to the public that he’s using them when he’s actually doing his own thing?
This isn’t the first time this has happened, unfortunately. At his first regional meeting, he exposed governance in The Bahamas by admitting that his government is corrupt and parading the fact that he is locking up former parliamentarians. He further touts that he is setting up this ‘anti-corruption unit’ to this date, only targeted PLP Members of Parliament or PLP supporters in government. Here it is, he’s meeting regional leaders with a combined amount of experience that surpasses his own existence on this earth, and he’s promoting that he’s locking up his opponents because ‘it’s the right thing to do’. Has he forgotten these same men and women led this region for decades from the Pindling era and went to school with members of PLP? Let’s leave that there.
Regardless, this much is true, that the man simply needs to say little at international meetings and allow his foreign minister (be it that he too is a kid at a big people’s party) to do the work that he was assigned to do. The incompetence, misguidedness and simple unpreparedness of this government is wreaking more havic6 and degrading the reputation of our good little but yet powerful nation. This man, who said he, along with his guppies, are the change that our country needs, has yet to change a thing for the better.
Here’s some simple advice for you and the foreign minister. Instead of victimising persons because of their affiliations with the former minister, utilise their skills for what they were hired to do. The foreign ministry has a plethora of highly skilled officers who can direct you to what to say and do and when to say it. But of course, they’re not valuable because they’re said to be supporters of the former administration.  These officers can stand against nations in heated negotiations, however, because of who they are, you snip their wings to fly and landed them in the corner in some cubicle and instead, replace them with political cronies who has no experience under the moon on foreign relations. If you and your foreign minister do nothing else, which we believe will be the case, in your months left in office, heed to the sound advice of your Foreign Service officers who are trained in this area. If you’re not prepared to do this, simply resign and save the country from this track of diminishing image that you have us on as you are out of your league.
end
PrevPreviousTHE FNM WALLOWS IN INCOMPETENCE
NextKelly Burrows Writes From Freeport On Public AttireNext