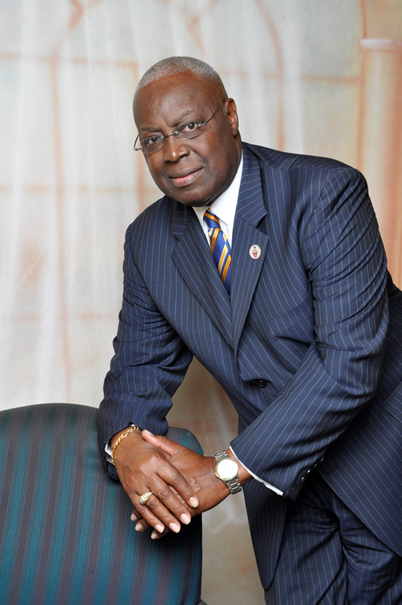 Firstly, I’m not
professing to be an authority on proper attire and when?
but, my Hospitality training over the last 50 years still
holds firm today, and having been told on many occasions
with the numerous amount of seminars, courses,
I have attended throughout the United States, becoming a
Certified Hospitality Trainer from the American Hotel Motel
Association, I believe I’m qualified to speak on
proper attire. Etiquette, table manners, and proper
grooming, and Standards that never changes!!!
I have suppressed myself
over the last several months in commenting on the way our
so-called leaders deport themselves in the Global world and
at home. It’s unbelievable as the photo depicts the
Protocol Officer with the Prime Minister’s
delegation, in his oft attire that leave me know choice to
bring this observation to the attention of what we are faced
with, as Protocol Officer you would think he’s well
versed in proper attire, which should have been a dark suit,
not a light, light blue
suit. Also it’s dark colors after 6 pm, give those
light color suits to the Red Cross or Salvation Army!!!
I have on many occasions
had to speak to a few of our leaders on their deportment
that were well received, and in some cases improvements was
made, I was totally confounded a few months ago when one of
the representatives at CARICOM rest
his hat on the table, also you would see many of them
giving Press statements and they put “Donald
Trump” to shame with their coats unbuttoned, looking
so boorish. When they are not in brown or Tan suits,
they’re wearing checkered brown. I’m tired of
seeing
our leaders embarrass us abroad, those of you who are
guilty, please turn yourselves in, you know who you are?

Are these people just
ignorant to proper deportment and etiquette, I sometimes
shudder to imagine them at a “7” seven course
meal, which will eventually happened during their time
in office,
They will be totally lost.
They will make the Bahamas the laughing stock among their
more cultured and exposed colleagues.
Please seek help, if you
don’t know , it’s no sin or shame in admitting
you don’t know, you’re on the big stage now, You
have graduated from the Bamboo Shack. Kentucky, and Burger
King era.
Let me recommend 2
qualified professionals right there among you in Nassau who
can be of great assistance in helping you from further
embarrassing yourselves and our country.
Brendon Foulkes and
Phyllis “Albury” Garraway, please seek them
out!!!