Ingraham Crawls Out From Under The Rock 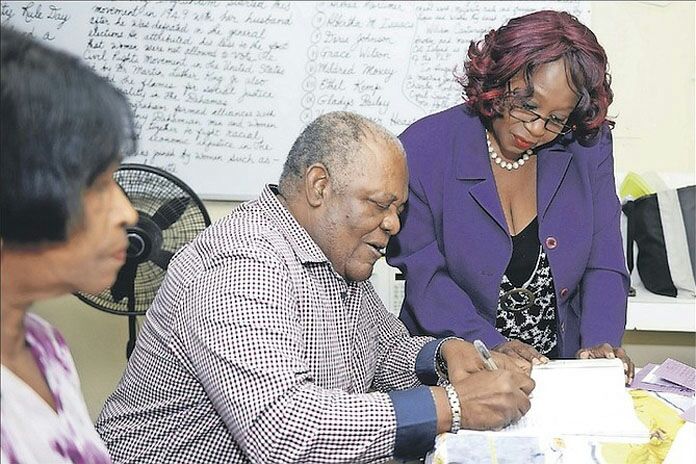 Hubert Ingraham turned up to register to vote last week on 1 February.  He came with the press who asked him his thoughts on the FNM and the General election.  Here is what he said in is own words:

“It seems to me to make sense to present the public with a united front, the public does not like divided parties. In fact they like to punish parties when they are divided and the extent to which the FNM can get itself together, put us in a position to be able to talk to the DNA, and if they are not talking any sense, the FNM has the opportunity now to take its Senate seat back from Mr (Branville) McCartney and proceed and tell the public why they can’t do a deal with them and why the public ought to focus its attention on voting for the FNM as an alternative to the PLP…

“I don’t even want to get into that part of it. That’s not the issue. The issue is they are where they are and they need to move from where they are to a point where they can present a united front to the public of the Bahamas.

“If they don’t (come together) they are at a disadvantage. That’s my opinion. I’m only giving my opinion. My opinion and $1.50 I guess will buy a cup of coffee.

“I think that they need to consider doing that. Find a means by which they can live together in harmony, just as the PLP has done and is doing. There are great differences between the PLPs whose names I called just now and Perry Christie and there (are) differences between Minnis and these other people, I just called their names. They have a common set of beliefs and they need to work towards dealing with that without allowing personalities and all these other things to get in the way.

“The United States just elected Mr Trump, most of the Republicans did not want him and his political leadership. They are all together now. Same thing in the United Kingdom and elsewhere in the world. You don’t need to be a rocket scientist to see that unless you are together you might end up with the opposition votes being split and the PLP winning the election with a minority of votes. That could happen.

“He (Dr. Minnis) has been elected leader of the FNM. That is what the FNM wants and people have to decide whether they are going to vote for the FNM or not. It is too late to have changes now…

“It’s not a question of that. The FNM must make every effort to get everybody together and if at the end of the day it cannot get together, the FNM got to say you are either FNM or you are not FNM.