LATRAE RAHMING ON THE NATURE OF BAHAMIAN POLITICS 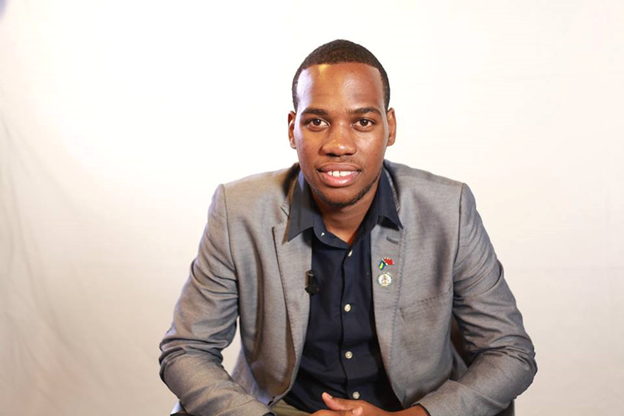 look times;”>This is a thoughtful piece by a young PLP on the make.  He has volunteered to run for one of the Vice Chair positions in the PLP. While the theory on charismatic leadership is true to some extent, viagra the more basic fact is that the PLP is structured around a council where the votes are simply skewed toward the leader of the party.  This was so under Lynden Pindling and since the new leader took over, the situation has moved by his specific design to be even more skewed toward that leader.  That is what makes the challenge impossible, or barring a miracle from God.  Nevertheless have a read:

The Nature of Bahamian Politics

Bahamians have a very peculiar liking for Charismatic centric leaders surrounded by this fictional belief that being charismatic equates to good leadership. This is the continued struggle of the black political culture that suggests social and political change is impossible in the absence of charismatic leadership. This is where leaders of liking of Dr. Minnis and the Hon. Brave Davis are profoundly challenged in a political era throughout the Caribbean where charisma is indispensable for keeping the audience engaged.

The reason why a leader can be unbeatable on a political convention floor or entirely is really down to the fact that charismatic leaders influence by charm rather than reason. Leaders capable of charming their followers become addicted to their love and their followers, on the other hand, become addicted to the leader’s charisma and charm. Charisma disguises poor leadership, so they manage to get away with it. Leaders who handle the media poorly and are under expose is at a disadvantage in Bahamian politics, making charismatic candidates look more competent than they actually are. The Bahamian people must look for the hidden talent and avoid the charisma trap. Many people pay attention to Bahamian politicians or political wannabes charisma and pay little attention to the intellectual content of their politics and policies. Bahamians must be careful of the kind of leadership that can inspire with its words and fail in its action. Charismatic leadership alone cannot and will not liberate the Bahamian from its economic and social misery only transformational leadership can do that. Bahamians need the kind of leadership that empower them to liberate themselves.

Self-examination is a crucial process for political organizations if they are going to maintain a sense of relevancy and electability. The absence of a succession policy in political parties can foster political unrest, internal conflict, and divisive behavior. It is unsustainable for any political organization to undermine and ignore the significance of limited political leadership. The habitually election of leaders in The Bahamas over the last 40 years has created the culture of perpetual incumbency.

Despite the appearance of an electoral process to create a theoretically succession through party elections, the combination of being party’s leader and a broad pillar of political maneuvering indicates the process is flawed and unbalanced. We have to demonstrate the political and democratic maturity despite the infancy of our democracy, to discuss the contestability of the political elites at the top. The systematic challenge of political succession in our country stifles the flowering of visions and ideas from ambitious men and woman who want to shape the direction of the Bahamas. The philosophy and ideologies of political organization can only coexist in an environment where the structures that feed the hunger for power at the center is at a controllable level. If we refuse to create a pattern and attitude for succession for the Prime Ministerial office in our country from one generation to the other the consequence will be the creation of an office to die for.

The quality of the National Conversation on how we get to being a Better Bahamas is absolutely a reflection of the level of education in our country. The lack of intellectualism is killing the national discourse. There’s no meaningful conversation on policy development and creating an industrial sector in The Bahamas to improve economic growth. In the main we Bahamians get along pretty well, as long as we don’t try to talk to one another about anything complicated. In that event, the name-calling begins. We’re at each other’s throats. The Bahamas needs a serious mental paradigm shift in our country. Anti-intellectualism is the cause of social dysfunction we witness today. The days of the nation state are numbered and we continue to avoid conversations about the real issue. The circle of conversations is counterproductive to nation building. When we rather discuss whether Ingraham will come back or when Christie will go and place issue like education, social policy, and economic policy on the back burner we have a serious issue in our country. We should all be frustrated having to always discuss the surface issues never getting to the root of the nation’s problems.