TRYING TO FOOL PEOPLE HE HAS NO PORTFOLIO 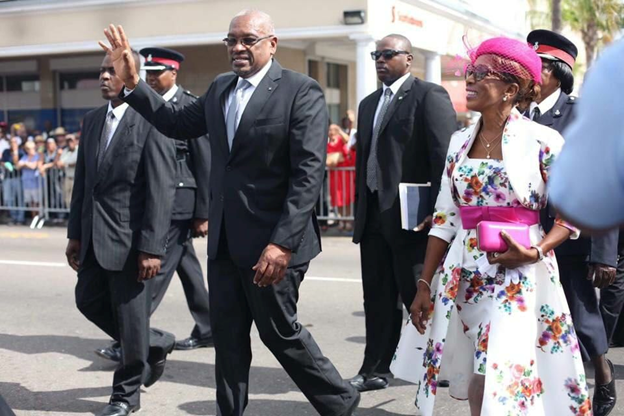 The following statement was issued by the Leader of the Opposition when it was learned that four senior employees of the National Insurance Board had been fired by the Minnis government:

Statement by the Hon. Philip Davis
Leader of the Opposition
On The Dismissal Of NIB Employees

Without some urgent clarification by the Prime Minister, the country can only conclude that this is rank victimization, discrimination and intimidation. This means that the FNM has learned nothing about governance from the five years it was out of office.  It has returned to office with a vengeance: slashing and burning as they go along and hurting small people.

The facts are that yesterday 29 May, at least three senior employees of the National Insurance Board were informed by letter that they were to proceed on vacation without stating a time for the so called vacation; they were told not to return to the premises at any time during the time off.

None of the employees had applied for the vacation.  They were directed to take a vacation.  This is not possible in their contract of employment.  They have in effect been put on involuntary leave with pay.

The Government has arbitrarily abrogated the terms of employment of these employees and there has been a fundamental breach of their contracts of employment.

It is interesting to note that some of these employees were treated in the same way in 2007 when Brensil Rolle was the Parliamentary Secretary for Housing and National Insurance.  Now he is the junior Minister and the same thing is happening again.

The PLP decries this a flagrant violation of the rights of these individuals.  We encourage them to take the appropriate legal action against this unflawed behavior.

The PLP condemns it.