NEKO GRANTS SLICES MINNIS IN HALF 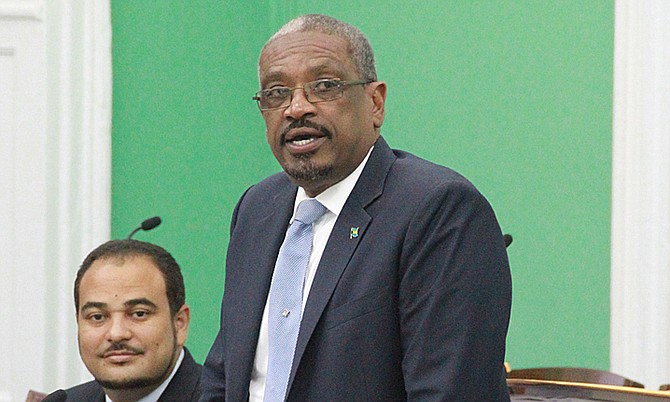 The Tribune reported on Friday 24th June that the MP for Central Grand Bahama Neko Grant was livid at the performance of the Leader of his party Dr. Hubert Minnis.  He put his thoughts directly to the Leader in an e mail.  The e mail ended up in the press.  Here is what he wrote in his own words:

“Mr. Leader, you would be aware that the subject provides an opportunity to highlight the government ministers’ shortcomings and their incompetence,” the email said. “A time when we opposition members should be on our ‘A’ game ready to pinpoint and call out the government’s shortcomings, as they are never prepared for it.

“Your actions and behaviour during this exercise were most disturbing! You showed absolutely no interest in the exercise!

“Your actions, sir, gave the impression, that like them, you also were not prepared. I am convinced that you did not study the budget. This was evident as your limited participation further confirmed this. Your actions were not only egregious they were disrespectful. May I remind you a leader leads by example? A leader sets the tone and pace for his team.”

“Your absence was so obvious that many FNM supporters watching the proceedings began messaging a number of us, as to what was going on, inquiring why you were not present on the floor,” the email said.

“You left at about 2.30am this morning (Thursday) under the disguise of ‘you were coming down with something.’ Based on my past experience, I do not believe anything was wrong with you.

Your colleagues, Loretta Butler-Turner, who I sent home on Tuesday because she was sick, and Hubert Chipman, who was coughing so much that the clerk brought him water, stayed until we were finished.

“Mr. Leader…you abandoned ship and left your troops on the battle field once again. I say again because on many occasions when you ‘bombed out’ during embarrassing contributions, you hastily retreated to the Committee Room or your office across the street.”

“Sir…your behaviour and actions are unbecoming of one who wishes to lead our party and country. You missed a golden opportunity to demonstrate leadership and assist in embarrassing the PLP.”

(The email ended with a postscript that said the communication was not copied to FNM Bamboo Town MP Renward Wells, “as his behaviour was similar to yours (Dr. Minnis).”)