THE DEATH OF TROTTIE WOODS AKA HENRY 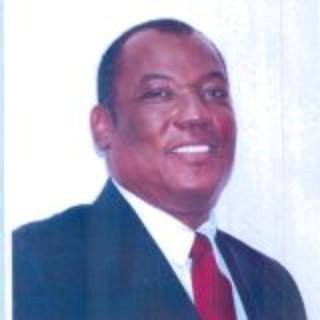 One of the Deputy Prime Minister Philip Davis’s closest friends and allies was Henry Wood, viagra sale who we all knew as Trottie.  Sadly he died last week when is family decided that there was nothing further to be done to save him and he passed away on Thursday 29 September.  To say that his friends including Prime Minister Perry Christie are devastated is to make an understatement. The whole thing seems so senseless.  A whole live man goes into hospital for what should have been a routine operation to remove something from the outside of his head, buy cialis and the man ends up dead.  With him has gone a 63 year old man and in a society devoid of institutional memory all the expertise about the Bahamian airline business that resided therein.   He loved Bahamasair after a troubled history.  He was the inspiration for the purchase of the new aircraft for the airline that have been big hit with the public.  Mr. Woods’ death comes after the head of the union at Bahamasair Nelerine Harding passed way suddenly as well.  So within a year, the head of the employees and the head of the employers are gone, and the wind whereof will know them no more.  Prime Minister Perry Christie paid a moving tribute to Mr. Woods which we publish below.

It is with a profound sense of personal loss that I mark the passing of one of my dearest friends, Mr. Henry “Trottie” Woods, the Managing Director of our nation’s national flag carrier, Bahamasair. I was at Mr. Woods’ bedside at the University of Miami Hospital when he passed away earlier today, attended by his wife, Gayle, his daughter, Phylicia, other family members and friends, including perhaps his closest friend, Deputy Prime Minister Philip Brave Davis, and Minister Shane Gibson.

Mr. Woods was a towering figure in Bahamian aviation for decades. He was a superb professional who led by example, putting in exceptionally long hours and demonstrating an unswerving commitment to productivity and efficiency. Imbued with a deep understanding of Bahamasair’s mission and a determination to master its many challenges, he was, in every sense of the term, the heart and soul of the flag carrier. His interest in the welfare of its workers at all echelons of the organization, his sense of duty to the traveling public, and his absolute insistence on adherence to the most rigorous safety standards were just some of the many things that distinguished Mr. Woods’ stellar stewardship of Bahamasair all through the years.

In addition to all that, Mr. Woods was a loyal and faithful friend of many years. I will miss him enormously. On behalf of the government and people of the Commonwealth of The Bahamas and on my own behalf and that of my family, I extend condolences to Mr. Woods’ widow and daughter.

The nation mourns the loss of one of its finest citizens and dedicated nation builders. May this outstanding Bahamian rest in peace.