THE FIRE IN THE EXUMA MARKET 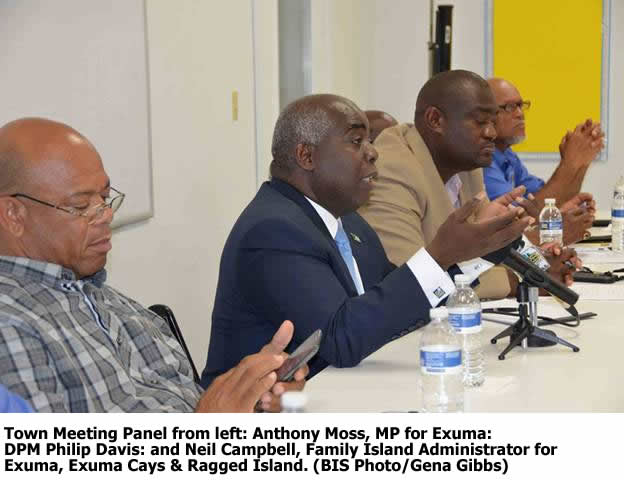 buy viagra capsule times;”>GEORGE TOWN, Exuma — American Ex-Pats residing in the Elizabeth Harbour community garnered support from friends and family back home in the United States to raise thousands of dollars to rebuild the Exuma Straw Market that was burnt down to the ground on April 16.

A Town Meeting was held at the Kettel Centre of the Exuma Foundation, George Town, on Monday, April 20, attended by the Deputy Prime Minister and Minister of Works the Hon. Philip Davis, at which Exuma residents discussed last week’s straw market fire in George Town, and the next steps.

At the meeting Adam Stenftenagel of Boulder, Colorado, an Exuma resident, said so far, Exumian Ex-Pats have already raised about $20,000, which will go to building a facility similar to the Straw Market in New Providence, equipped with appropriate common amenities, particularly indoor public bathrooms.

He said: “I’ve been coming here for 15 years and I absolutely love it here! I was there when we saw the first flames coming out of the Straw Market right at the very beginning. We tried to do what we could to put it out with garden hoses from the two T’s (Two Turtles Hotel and Bar) and I came down with Dan, who is one of the managers at the Two T’s and worked hard to try to put it out, but that didn’t work.

“So anyway, it was a crazy night, and after we kind of watched everything get put out at the end of the night, I went back home and was like what do we do? What do we do? After talking to some friends back home, I was like ‘Oh, well why don’t I set up a donation page? It’s really easy to do and I put it together that night and we got our first donations early that morning. And within a day, we had $10,000 raised in less than 24 hours. It was pretty spectacular.” 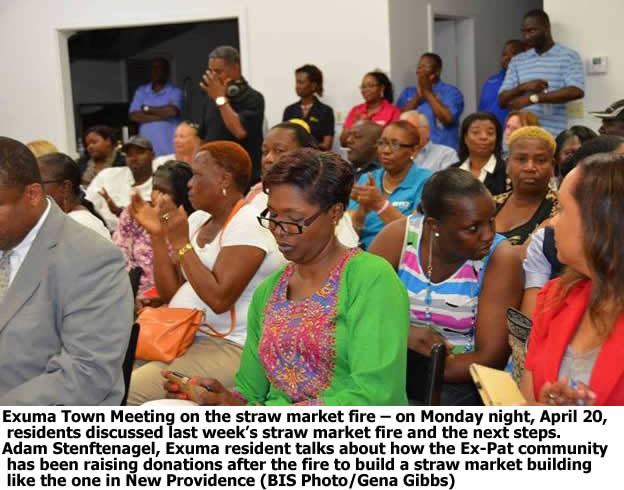 “So today right now there’s $19, 600 in the account that has already been donated, and that just keeps going up. I’ll continue my efforts to do so,” said Mr. Stenftenagel.

“It’s really all over. We’ve have $20 donations and we’ve had $1,000 donations. It’s been a wide variety and there’s a lot of folks that just love the Straw Market that have donated. I really don’t know how many were actual Bahamians versus the Ex-Pats, visitors, and tourists, but I know there has been over 160 individual donors that have given close to $20,000.”

Mr. Stenftenagel said the donors left amazing comments on the donation page about how their individual visit to Exuma inspired them to want to contribute to rebuilding one of the main economic pillars of the George Town community.