THE HURRICANE NEXT TIME 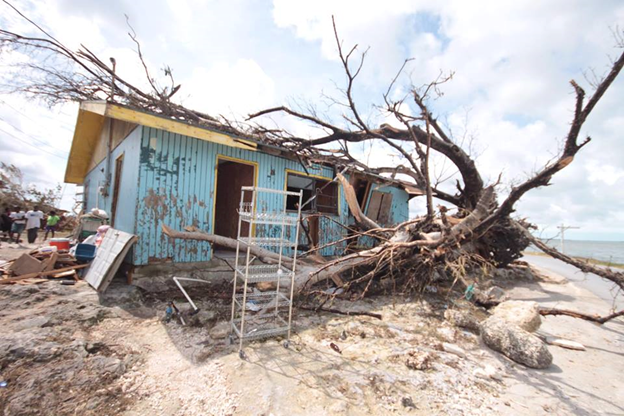 There is a lot of carping and complaining about the fact that the power company has been unable to bring the lights on 12 days after the Hurricane Matthew hit New Providence island. Nicolette Bethel, discount cialis the former Director of Culture, and now a lecturer at the College of The Bahamas, wrote quite an erudite letter about it. We agree.

When you passed people’s homes ten days or more into the storm and they have no power, they are pissed off to no end. The politicians get the brunt of it. The people want the power on and they want it on now. They see their neighbours in lights and they in the next road don’t have any “current”.

We think that it’s over done and overblown and the reaction is a bit over the top. Unfortunately, the reaction is what it is for the purposes of public policy and the officials have to figure out what went wrong with this.

Last week, we told this post that the issue is too much chatter and not enough action. This is a society that simply likes to meet and assess but just won’t get about the business of doing something about it. Hopefully with Shane Gibson at the helm of the relief effort, this will change.

The facts are there was a category five hurricane last week in some parts of The Bahamas. The winds in New Providence were clocked at 125 miles per hour, putting it slightly less than category four but there was a significant tidal surge in the southern part of the island. The winds in Grand Bahama were clocked at 155 miles per hour and sustained over four hours and that snapped 1250 poles and dashed the infrastructure of homes, roads and telephones. They are flat on their asses in a bad way.

It is going to take years to recover if at all.

The Government says it is going to raise now 150 million dollars by bond not 35 million as we had previously reported. Where are we going to find the money to pay for it? Some tax or fee must be levied on the citizenry in order to settle this bill.

What is interesting though is the air of unreality amongst Bahamian citizens about dealing with this all
You hear all the time how what has happened is incredible and unbelievable. Why we ask? This is a hurricane zone. Hurricanes will come every year. In 1866 before there were no cars and electricity and jets and telephones, the town of Nassau was absolutely flattened to the ground when a hurricane hit here. People survived.

So our point is get used to it. The fact is no one died. The fact is this it was a tribute to our engineering and building code standards. It is clear that if we stick by those we should basically be okay. Where people have built in a surge zone, they need to think about new codes for those areas that force people to build above a certain level.

The power company has a lot to answer for. We know what the answer is. BEC, the old power company was broke for years. It has a debt of 600 million dollars that it can’t pay. They were deferring maintenance in order to simply keep people on the pay roll and the engines running. The poles are old, the transformers are old. The engines are old, the workers are old and the whole sector is behind the eight ball. Hopefully these folks at BPL can get a chance to jump start. Their beginning has been inauspicious. They are now known in the Bahamas as Black Out Power And Light.

Bottom line. There will be hurricanes. The way to deal with them is to be prepared. The next way is psychologically get used to the fact that this is a hurricane zone and aint a thing we can do about it. Suck it up and move one.