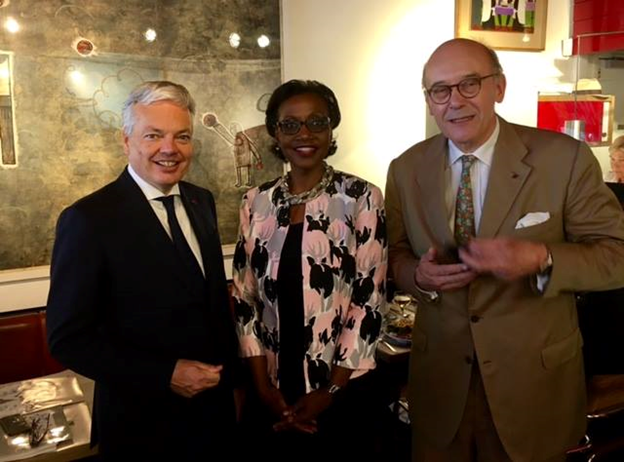 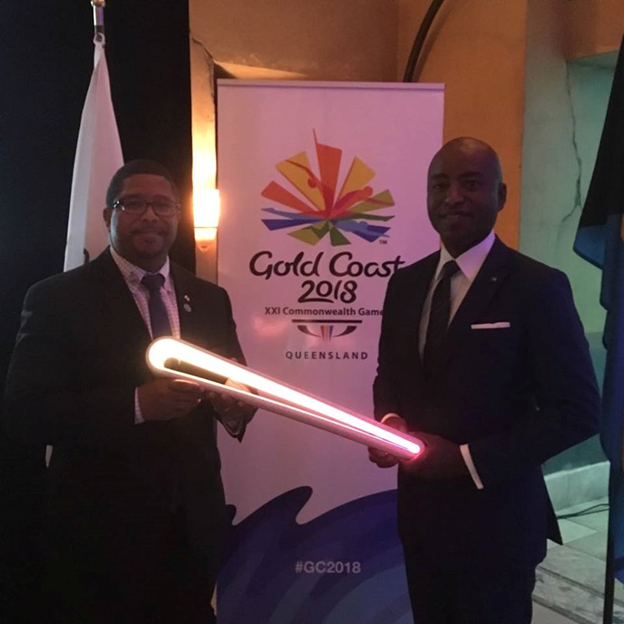 19 July 2017
Nassau, Bahamas
Deputy Prime Minister Peter Turnquest and Minister of Foreign Affairs Darren Henfield receiving the Queen’s Relay Baton at a reception hosted by High Commissioner John Pilbeam of Australia in honour of the Baton Relay. The Baton arrived in The Bahamas 18 July and will visit various locations in Nassau. The Baton will arrive in Australia 2018, when it hosts the Commonwealth Games. 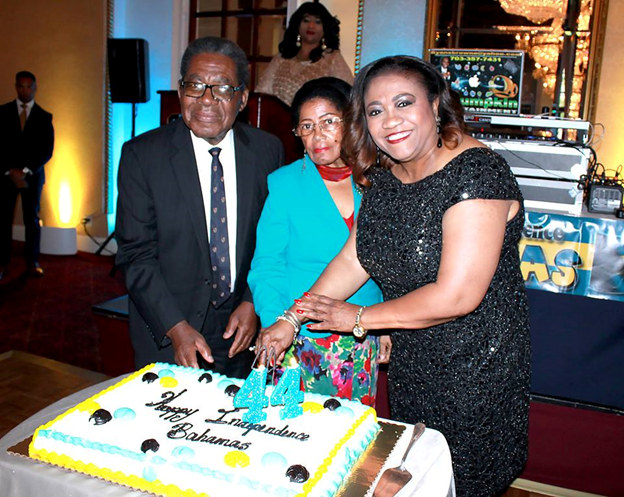 L-R: His Excellency Dr. Eugene Newry, Bahamas Ambassador to the U.S., Mrs. Francoise Torchon Newry and Paulette Zonicle, Consul General cut the cake.  They are celebrating the 44th anniversary of the Independence of The Bahamas in Washington D.C. on 9 th July 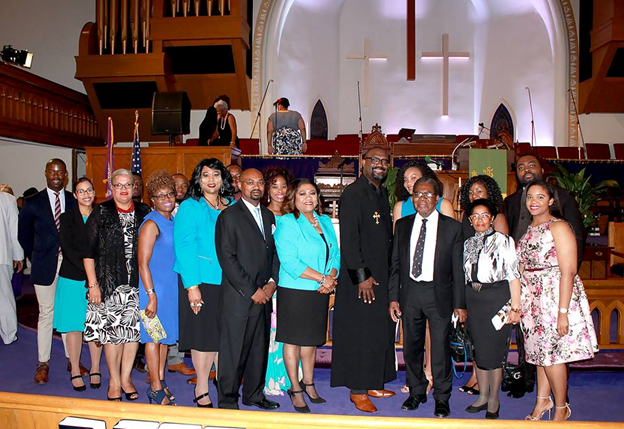 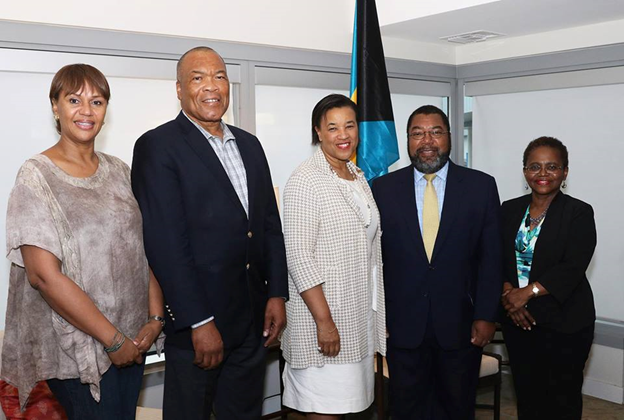 The Rt. Hon. Patricia Scotland, Commonwealth Secretary-General is paying an Official Visit to the Commonwealth of the Bahamas, July 15-20, 2017.

Officials greeted her on Saturday, July 15, at the VIP Lounge of Lynden Pindling International Airport.