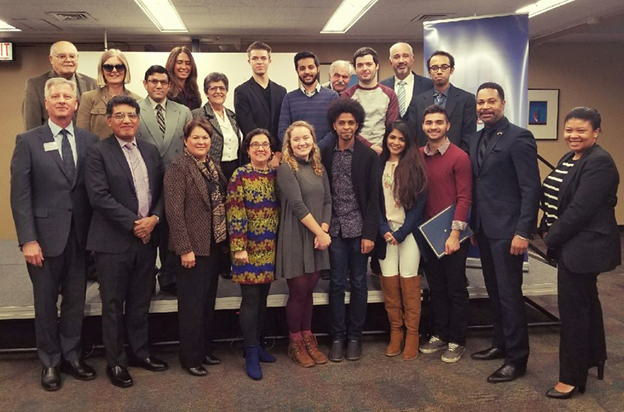 Consul Fountain brought greetings from The Bahamas to diplomatic contemporaries in the Chicago Consular Corps and discussed alignment opportunities between UIC and the University of The Bahamas with the Vice Provost for Global Engagement and the Director of International Affairs.
UIC is Chicago’s largest university and its only public Research I university. Each year UIC welcomes over 6000 international students and scholars to its campus and sends more than 230 students abroad for study. UIC also houses a number of internationally recognized and globally engaged research centres in urban studies, architecture, public health, social work, medicine and engineering. 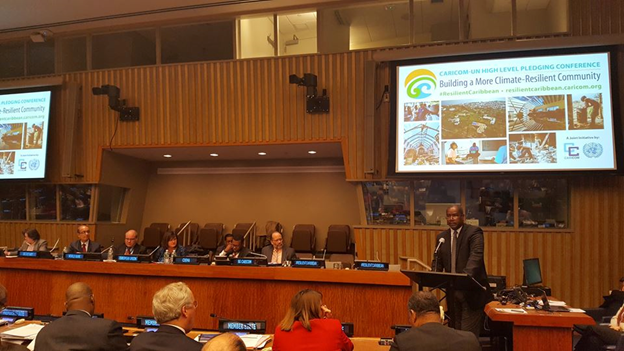 20th November 2017 UNHQ: Participating in the CARICOM-UN High Level Pledging Conference on Resilience in the Caribbean, Captain Stephen Russell, Director of the National Emergency Management Agency (NEMA) delivers a statement on the assessment and needs of The Bahamas following the impacts of Hurricanes Irma and Maria. 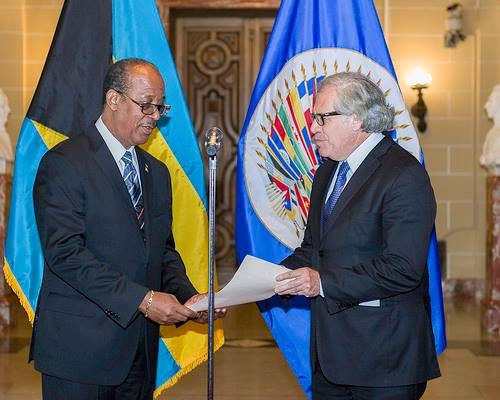 WASHINGTON, D.C. — The new Permanent Representative of The Bahamas to the Organization of American States (OAS), Sidney Collie, presented his credentials to Secretary General Luis Almagro on Wednesday, November 15, 2017.

During the ceremony at OAS headquarters in Washington, DC, Ambassador Collie reaffirmed his country’s commitment to multilateralism and to active engagement with the OAS “to bolster sustainable development, enhance citizen security, protection for human rights and the preservation of democracy.”

He further affirmed that The Bahamas “sees a new role for the 21st century OAS as an advocate on behalf of the member states to help resolve emerging real challenges such as climate change, which threaten the ability of states to provide for the equitable, prosperous and safe societies which our citizens demand.”

For his part, Secretary General Almagro highlighted the long political and diplomatic career of Ambassador Collie.

“We are truly happy and pleased to have someone of your stature and experience as The Bahamas’ new Permanent Representative to the OAS. We are confident that you will bring to the OAS the same passion, resourcefulness and intellect that have been the hallmark of your political activism,” he said.