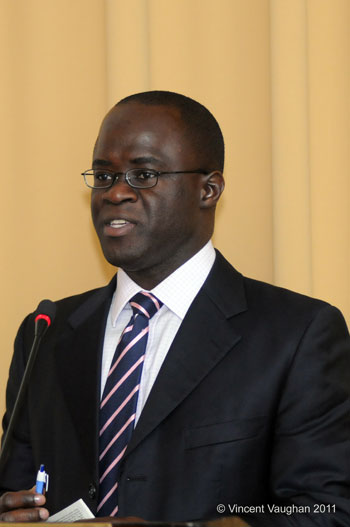 Darron B Cash, former Chair of the FNM, had this to say about the leadership issues in the FNM. We think he is talking too much and is doing the very same thing that he condemns in this statement. Here is what he told The Tribune published on 2nd June in his own words:

“It should not have come to this. It is honestly saddening that it has come to this, but what it reflects is the complete failure of leadership. It is the leader’s job fundamentally to harmonise all the various groups within the organisation; that’s the leader’s job. It’s his job to make sure elections are done in a manner that is fair to all sides and so the party’s affairs do not spill into the public domain with threats of legal action; to iron out differences, however acute, however difficult, however personally challenging. It’s the leader’s job to make sure that issues are resolved in a way that still maintains confidence in the party…

“If the expectation is that you will address issues in council, then it goes to leadership if council is a place where you are attacked for expressing a point of view, attacked for stating the obvious. Nothing was done, no dealing with the underlying issues. If it would have happened, I fully believe we would not be here. A national political party should never be surprised that it loses a general election. If it’s doing its job properly, and has people in central leadership and central council prepared to honestly be a conduit for feedback from the wider community and its people, it will always know when it’s losing touch with people.

“If council is not a place where people can speak openly and honestly on what the word on the street is then leaders will always act in a delusional state as if nothing is wrong and all is fine. When people are afraid to speak the truth because they are afraid of being attacked, vilified, or demonised, then the only voices you will have are from the people saying that all is well, things are good.”

“This country is in a position where we have got a large number of significant issues that will require difficult, painful, challenging, disruptive solutions for the entire country. You can just imagine what Cabinet debates will be like when in the midst of making difficult and painful decisions. A leader has to demonstrate now that when he is in Cabinet, corralling his heard of cats who sit around table, it’s his job to demonstrate he has the ability to bring unity, to rally people around right choices.

“If you’re not able to do it in opposition, people have legitimate reason to doubt when in the heat of battle and the country is under siege, when (there is) murder on the streets day after day, whether you’re able to effectively deal with it.”