THE FNM DOLL HOUSE CONTINUES TO BREAK UP 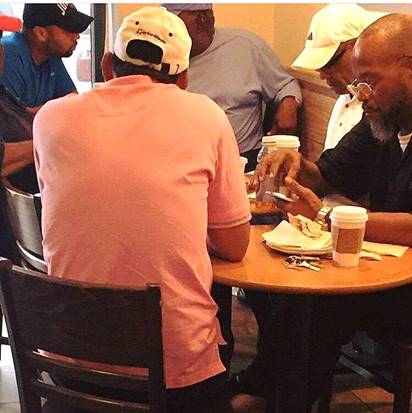 The FNM doll house always looks in these times as if it’s going to break apart in little fractures.  That was the message that Hubert Minnis, the FNM Leader, under siege, would have or could have told Brent Symonette, the former Deputy Prime Minister who is raising the money to defeat Mr. Minnis at the next convention.  The two of them were seen at lunch on Thursday 16th June.   Mr. Minnis told Mr. Symonette in our words to get on board the Minnis’ train at the FNM convention in July or face certain annihilation from Perry Christie and the PLP who will call a snap election.

The whole problem with that threat is that the mind of UBPs doesn’t work that way.  The Bay Street Boys of which Brent Symonette is the quintessential example don’t take kindly to a black man, excuse us, black boy threatening them, and will resist just to be bloody minded.  In other words, they would prefer to see Perry Christie back in power just to see Dr. Minnis lose.

The plans for the upcoming convention in July don’t seem to be going that well.  The Chairman of the party Sidney Collie has been under siege from unnamed sources in the press and some FNM Councilors who said that they were being kept in the dark about the plans for the convention. Among those who are unhappy is Loretta Butler Turner who said so to the press.

Then there was André Rollins.  The photo above shows him sitting with Hubert Ingraham, the former Prime Minister, with note pad in his hand. That was taken last Sunday at the MacDonald’s where they all hang out.   Mr. Rollins delivered his usual halting halfcocked performance in the House for the budget debate on Thursday 16 June.  The government had to interrupt him to say he was misleading the House when he says that there is deal to grant citizenships to 500 Chinese and that there was a back door deal to work out with the Chinese.

The Chinese have become the bugaboo for the election.  Their capital was invited here under Hubert Ingraham but now their capital because of their race is not acceptable.

Mr. Rollins said that if the FNM came to power they would cancel the Bahamar deal that the PLP made just before the election.   Yeah right.

The leader of the FNM did not contradict him so we guess that is the official policy of the FNM.   The FNM is playing with fire.

Mr. Rollins did not get started very well. He was told either apologize for not coming and speaking in turn or he would not be allowed to speak. He did so.  He tried to mislead people by suggesting that he was in touch with the Leader of Opposition business in the House. Neko Grant who is that leader said he was not aware of any such thing.  Mr. Rollins then has a problem with the truth.

Then there was the contretemps between Sir Arthur Foulkes and C A Smith. Both were founding MPs for the FNM. Both served in the FNM’s cabinets.  Both have served overseas for the country.  But in a remarkable letter published on this site last week, Mr. Smith attacked Sir Arthur Foulkes accusing him of being a ghost writer for the Nassau Guardian. Sir Arthur denied it.  When the Guardian denied it, Mr. Smith issued an abject apology.

In the words of the man on the street:  “Wah going on here?”

Tell you wah goin on.  The FNM is in disarray and fighting like cats and dogs.  Seems like never the twain shall meet.

A word to the wise.